Below are some graphs of gender data collected at AMP 2016, by Jesse Zymet and Eric Bakovic. Note that unlike previous reports of this type, participants are broken down by gender, but also by whether they are a student or a professor. Post-docs and early-career linguists in visiting positions were counted in the ‘student’ category, although this choice does not change the numbers much.

To start off, I would like to point out that these graphs do not contain information about racial minorities, because phonology (and linguistics in general) is still overwhelmingly white. The fact that there are not enough racial minorities at our conferences to even include in the tallies is a serious problem with our field that should not be forgotten about.

Preregistered participants at AMP 2016, which were about 90% of total registrants, consisted of 59 male and 56 female participants. 72 participants were students and 43 were faculty. (Thanks to Karen Jesney for these numbers!)

Overall, AMP 2016 had a fairly balanced set of presenters (“Talkers”), though male presenters were slightly in the majority. These numbers include the invited speakers: two male and one female. 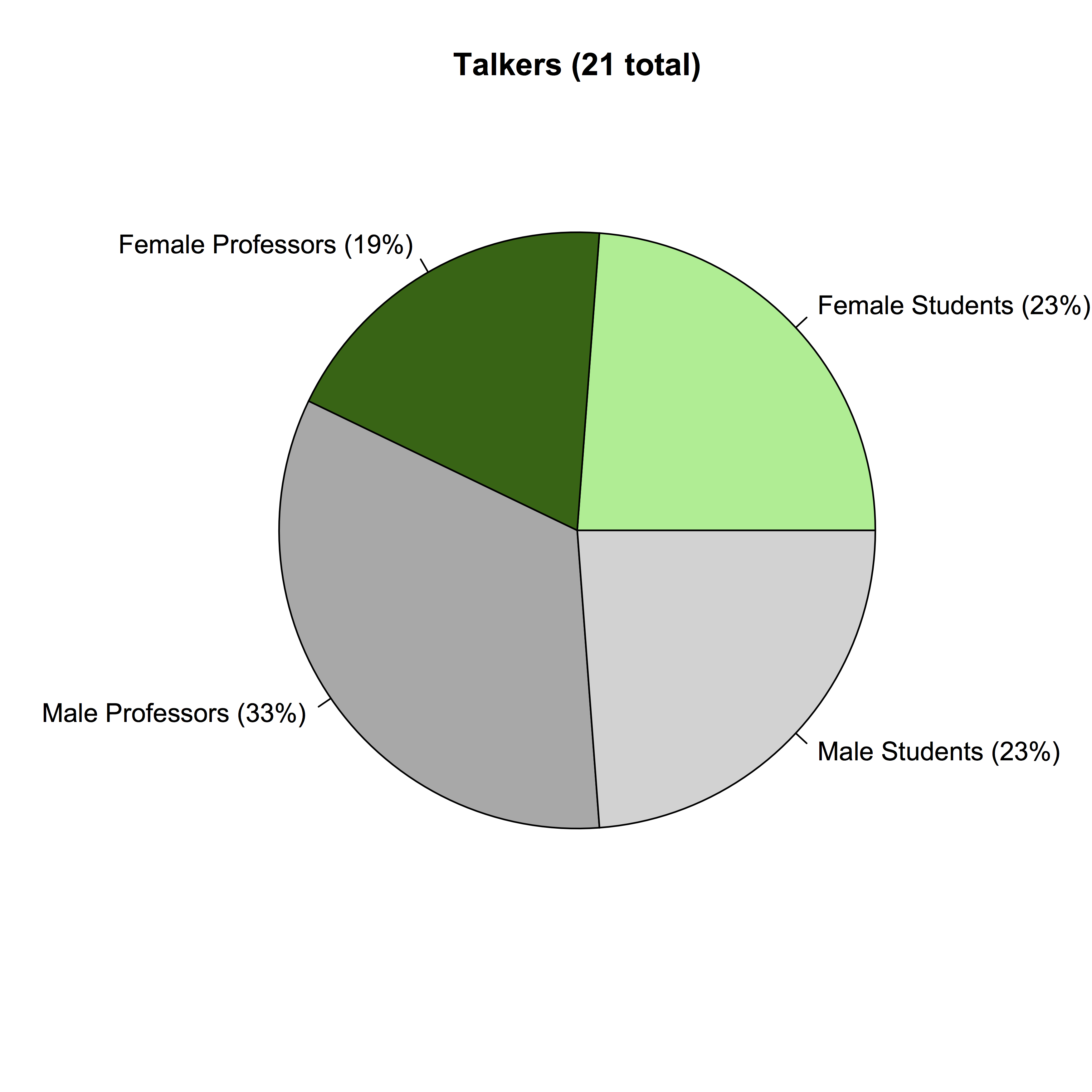 Questions came more from faculty than from students by a small margin, and more from men than from women by a much larger margin. 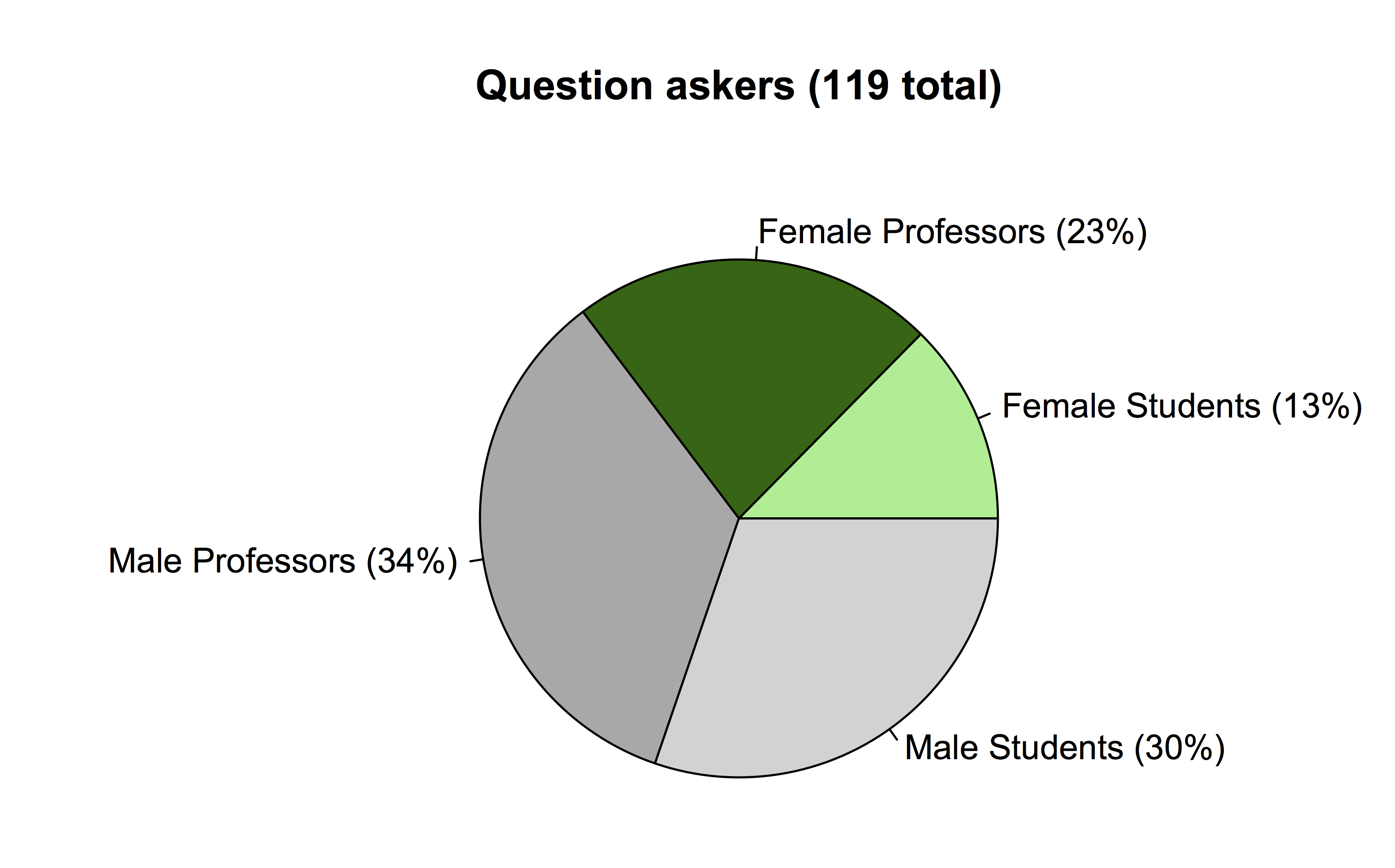 Below is the number of questions from each demographic, broken down by talk. Talks are arranged from left to right in order of occurrence in the conference, and speaker characteristics are notated below each bar. 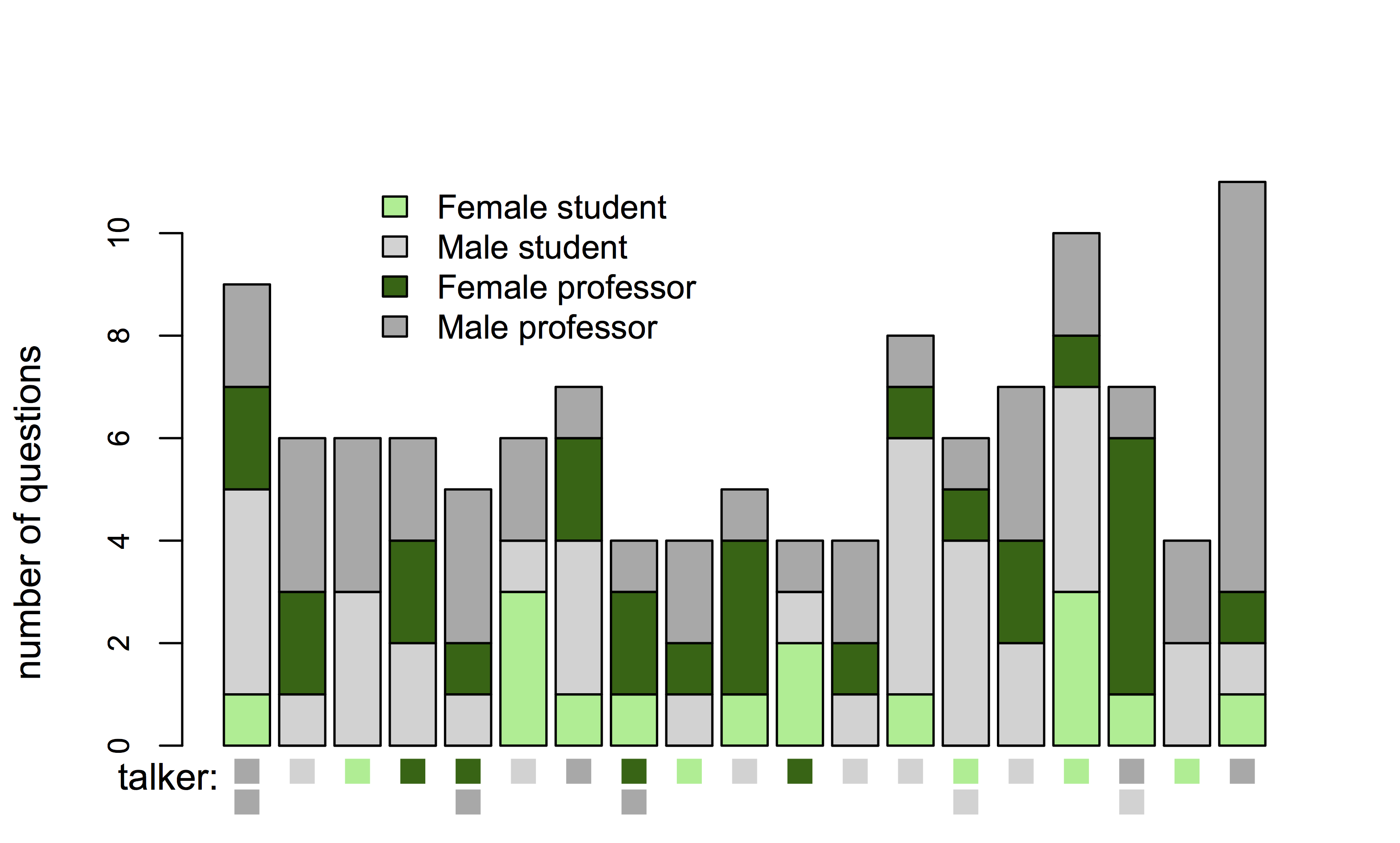 Note that this graph does not contain information about the order of questions asked for each talk. That information is represented in the graphs below. First, let’s consider the transitional probabilities between faculty and students:

There are a couple of possible reasons for this dynamic – first, it might be explicitly encouraged via actual exhortations for students to talk first and faculty to hold back. I don’t remember this actually happening at AMP, but a second possibility is that the group implicitly follows this ‘rule’ simply because it’s common in linguistics, and the group generally believes in it. Yet another possibility is that students ask the first question more often just because there are more students in the audience.

Below is a similar graph illustrating question asking dynamics among the two genders for which data was gathered.

Finally, here is a graph illustrating the ‘flow’ of questioning between all four groups. 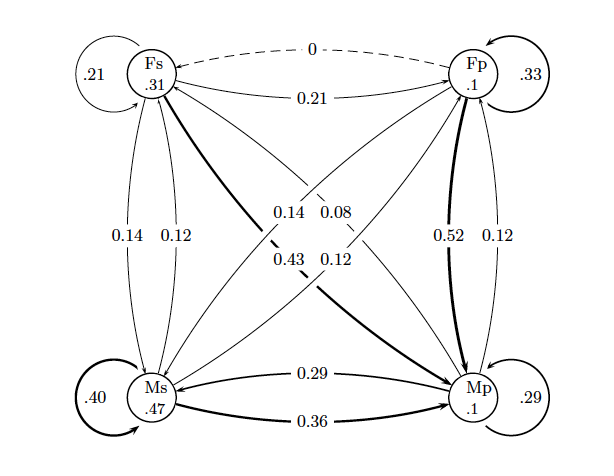