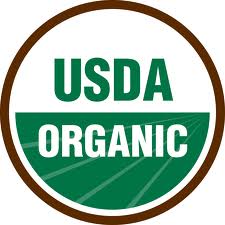 On January 23, 2011 federal officials announced a recall on organic ground beef and hamburger patties. The recall stemmed from First Class Foods Incorporated, a large company headquartered in Hawthorne, California. First Class Foods Incorporated feared roughly 34,373 pounds of organic beef had been contaminated by E.Coli (Huffstrutter, 2011, pp. 2). E.Coli is a deadly bacteria that can cause a number of intestinal issues and sometimes death. These contaminated beef products were packaged and shipped to retailers in New York, California, Wisconsin, North Carolina, New Jersey, and Washington. Fortunately for organic beef consumers, there were no reported illnesses or deaths associated with this recall. However, this recall did create negative attention toward organic foods in general.

The dictionary definition of organic, when describing food, is, “Grown or made without the use of artificial chemicals” (Merriam-Webster, 2012). The USDA however has many expansive definitions and regulations surrounding organic foods, which allows for a spectrum of farming and animal welfare practices. These contribute to different environmental impacts from organic farming. Due to the lack of consumer education, consumers are unaware of the true meaning of organic. Consumers need to be educated about the organic farming practices, organic animal welfare practices, and the environmental impacts that organic foods have on our planet.

Organic Does Not Mean Sustainable

There have been several prominent environmental researchers investigating the benefits and dangers of organic farming. Jesse Ausubel, a prominent environmental scientist from Rockefeller University, uncovered that today’s conventional farming techniques have made incredible strides in sustainability. Ausubel researched conventional farmers in India who are not organic farming, but who are using conventional and modern farming techniques to sustain high yields. Ausubel discovered that if these Indian farmers did not use their modern conventional techniques, and switched back to old techniques based around organic farming, they would need to use 65 million more hectares of land to sustain high yields. (Lynas, 2010) The land saved in India by farmers using conventional techniques is equal to roughly twice the size of France.

Yes, the United States Department of Agriculture (2013) regulations do ban growth hormones and unnecessary antibiotics. They recommend that animals have access to pasture and that they should be fed organic feed. The major concept to understand is that: “Organically-produced animal is not the same as naturally-raised, free-range, or grass-fed” (Lu, Gangyi, & Kawas, 2010, p. 105).

The USDA (2013) ban on “growth hormones and unnecessary antibiotics” is taken too far. Mastitis is the inflammation of a cow’s mammary gland and surrounding udder tissue (Merriam-Webster, 2013). It is a fairly common immune response and can be cured with a simple antibiotic. But no products are approved; and usage of unapproved products is against Food and Drug Administration guidelines (Ruegg, 2009, p. 43). Organic farmers have a dilemma. If the farmer treats his sick cow then it is permanently disqualified from the organic herd. If he does not treat his cow, it suffers from a painful bacterial infection, lowering its welfare.

The regulations on antibiotics coupled with the requirement of access to pasture causes another problem, especially with goats. Small ruminants are constantly combating parasites since they graze where they excrete. While internal parasites may not be as severe a problem in animals under confinement, they are the biggest health challenge faced by goat producers. Organic standards in Europe recognize that completely natural internal parasite control is difficult to achieve and generally compromises the welfare of goats. Therefore, deworming of small ruminants with targeted use of anthelmintics and coccidiostats is allowed. (Lu et al., 2010, p. 105)

European organic standards accommodate pasture-fed ruminants but deworming with anthelmintics and coccidiostats is not allowed in the United States. The risk of parasites is higher when feeding in pasture versus in confinements and organic farmers are not permitted the tools to combat it.

Moreover, access to pasture is not the same as “free-range.” There are no USDA regulations for organic production of poultry (USDA, 2013). The chickens may eat, sleep, grow, lay eggs, and die in one small wire cage (the size of a regular sheet of white paper) without ever touching the ground. Organic farming of poultry requires no grass, natural sunlight, or expression of normal behavior.

Likewise organic feed may not be what an animal eats naturally. Ruegg (2009) states that organic feed was grown without use of pesticides or synthetic fertilizers (p.44). It is not the same as “grass-fed”. Cows are still feed bucket-loads of grain while their digestive systems are specifically designed to break down grasses. It is much more efficient for a cow to extract energy from fresh grass and hay but they will not grow as fast or produce as much milk on it.

Ruegg (2009) summarizes that the USDA regulations for organic farming certification do emphasize husbandry practices that limit stress and promote health (p. 44). It emphasizes preventive health care practices. Organic certification is a good start but it does not solve all the problems of animal welfare. “Naturally-raised”, “free-range” and “grass-feed” are separate from organic labeling. Labeling should not blind consumers. When you buy your food, think of where it comes from and what you are supporting.

Organic Does Not Mean Healthier

Hunter et al. (2011) examined the micronutrient content of both organic and conventionally-grown produce and found no significant difference in the vitamin, pro-vitamin, or mineral content of the products, with one exception. Phosphorous levels in organic produce were 6.6% higher than in their conventional counterparts (Hunter et al., 2011, p573).

Few studies exist that measure whether an organic diet makes an actual difference in human health. One such study examined the diets of 815 two year olds that ate varying amounts of organic foods and how this caused allergies. When the components of the diets were looked at individually, it was found that children consuming organic dairy products were 36% less likely to have eczema, a statistically significant advantage (Crinnion 2010).
Educating Consumers

We are not proposing a ban on buying organic label food. Rather, that consumers should consider the reasons they buy organic and determine if their belief is validate by the government label. Simply reading this article informs food consumers about three incorrect definitions of organic—sustainability, animal welfare, and health. But there needs to be a more active spread of information. The data publically available, but the everyday consumer is not confronted by it. Another pamphlet or regulation is not enough.

Education is the answer. Education will correct false perceptions of the organic food label. It is best to bring the education directly to the effect of the misunderstanding. Based on their previous perceptions, consumers decide whether or not to buy organic foods at the grocery store. A “food health ambassador” should be hired by every major grocery store. She/he could set up a booth and walk around the store to help interpret food labels for the customers. The food health ambassador would inform the customers of what the government actually means by their labels, such as green, all-natural, cage-free, and specifically organic. Through this, the consumer will understand what they are supporting as they make the decision to buy a product. The food ambassadors will not be bias since they are simply explaining the definitions of the labels and how it relates to the production of the food. If a consumer does not care about sustainability he/she may still buy unsustainable food.

Jaime Oliver, an international television chef (aka the Naked Chef), is running a campaign to fight obesity. He too claims that the root of this problem is a nation-wide ignorance of food. Oliver proposed a food ambassador in every major grocery store as a solution. In a West Virginia grocery store called Huntington Kitchen, along with teaching healthy food habits, the food ambassador offered free cooking lessons (Oliver, 2010). Huntington Kitchen became a local gathering spot where consumers actively learned the issues surrounding food.

The grocery store, not the federal government, should pay for the food ambassador. Involving the government would exasperate the situation. The organic definition would become more complex. Instead of simplifying it, more USDA regulations would be written to further define organic. This would create an even greater task to understand what organic really means.
Conclusion

Geoff McPherson, a sustainable ranch farmer in Kentucky, says “I don’t buy organic and, as a farmer I won’t get organic certified, because the organic label has been so weakened through lobbying efforts. I grow using no chemicals whatsoever and that’s the stuff I eat.” (G. McPherson, personal communication, November 15, 2013). The word “organic” has unfortunately become a widespread fallacy, or a mistaken belief that organic always means good or better than artificial. In reality, there are many things labeled as organic that can kill you (Lynas, 2013). This “organic” fallacy can be attributed to the driving force of the 20th century environmental movement.

By definition, organic foods are chemical and pesticide free, which makes it valuable and mindful to support organic products and organic farms. However, it is important to always be educated about the food you eat, how it was derived, how the animals were treated, and its environmental impact.

The USDA is not hiding or trying to misconstrue important information by labeling products organic. The USDA defines and regulates organic food labels to such an extent that the standard definition becomes meaningless. Advertising and marketing schemes are taking advantage of this deluge of twisted terminology to offer different “better” products. In order to not be swayed by these marketing ploys, the consumer needs to be educated. A food ambassador will simplify the information and presented it at the source, the grocery store.