Two months ago, March 13, the University of Massachusetts Amherst began spring break, a break that has yet to end. Students were sent home and told not to return. Instruction would continue remotely; labs were closed; only essential work was allowed to continue on campus. We know the drill.

Researchers were given a chance to convince authorities that something they do is essential. We could file a “research continuity plan” and ask for approval. A few researchers found ways to shift their research to matters relating directly to SARS-CoV2, others were allowed to come in to keep some expensive piece of apparatus from blowing up, to feed their animals, or in my case, to culture cells. 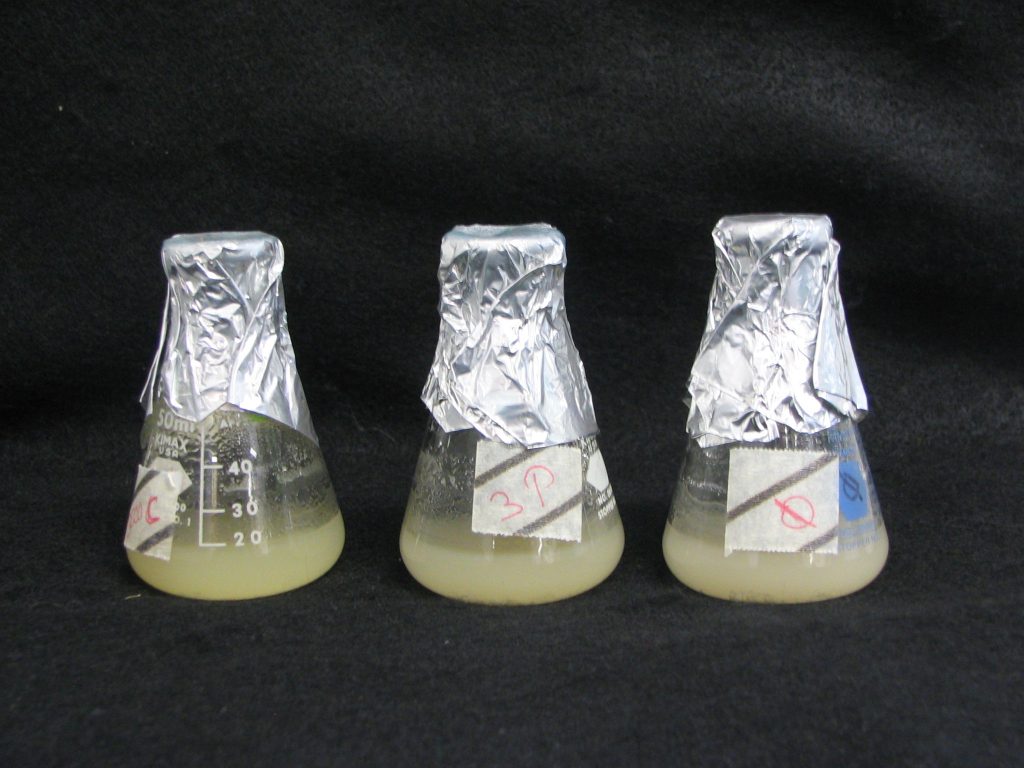 Figure 1. Flasks of BY-2 cells at the sludge stage (7 days of culture). The post describes the cultures as having 70 mL; these are smaller versions set up for experiments.

Culturing cells sounds like I am teaching them about Dvorak and Da Vinci. But no. Culturing them means keeping them alive. These are cells grown in flasks in liquid culture (Figure 1). I have posted about them earlier (e.g. here). The cells, named BY2, were isolated from a tobacco plant in the 1960s by a cigarette company in Japan and soon thereafter given away to public scientists because the cells offered no scope for puffing cigarette sales. But scientists were happy because the cells are large and look wonderful through the microscope (Figure 2). I like them because, along with that, the cells grow long and thin, as do many cells in an intact plant. I study how cells can grow long and thin and I try to exploit the advantages of studying this process in a single cell rather than in a whole plant. 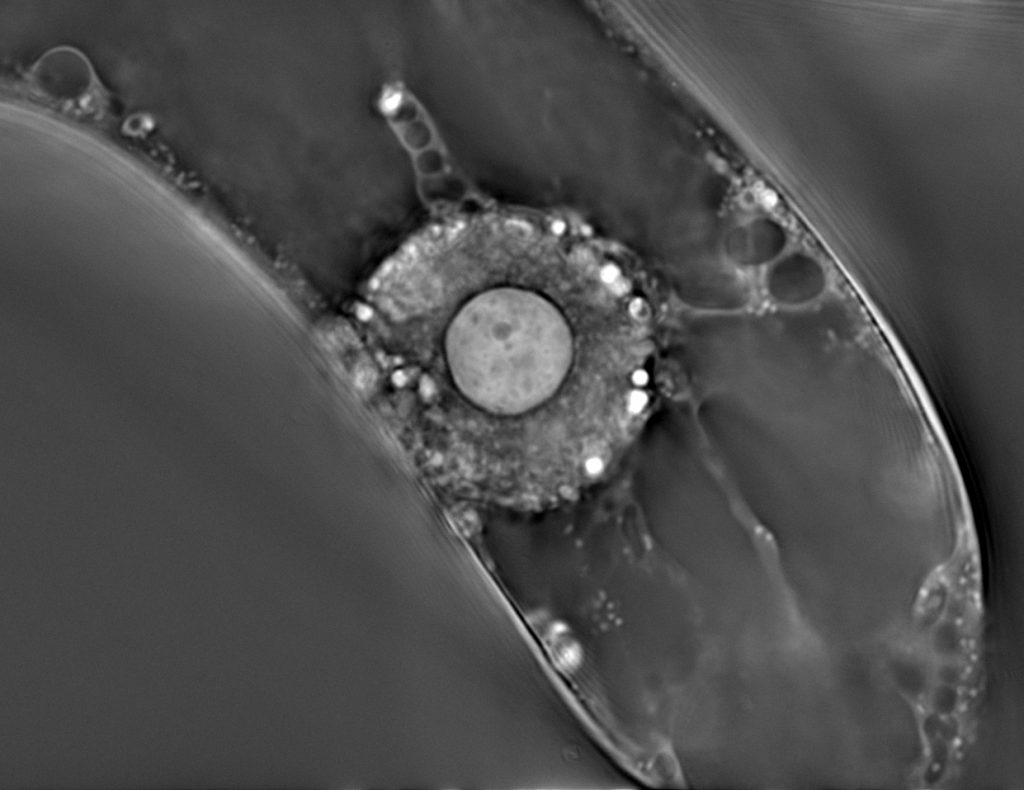 Figure 2. Image of a BY-2 cell featuring the central nucleus, which is surrounded by vacuole. The sphere in the middle of the nucleus that looks a little like a full moon is the nucleolus. Thanks to Michael Shribak of MBL for taking the image.

But cells in culture must grow. They could serve as a metaphor for growth-only economies because they use up their medium in a week. At that point, the flask holds what looks like yellow sludge (Figure 1). The cells will stay alive for a few more days in the sludge state, but after that they will die. That means, once a week, the cells have to be rescued, or as we say “cultured”, or alternatively “passaged”. For the BY2 cells, I take about 3/4 of a mL of the week-old culture (the sludgy stuff) and add that to 70 mL of a solution formulated to support plant growth (“growth medium”). And they are off to races, dividing and growing as fast as they can, until one week later, the clear liquid in the flask has been again transformed to sludge. And the process repeats, perhaps forever.

As long as I want to keep using these cells, I have to stay on this treadmill. If I were to add much less than 3/4 of a mL, hoping to prolong the period between culturing, then the cells fail to grow at all. Scientifically, this is kind of cool, the cells clearly sense their neighbors. If I could find out what they sensed, maybe I could get past this bottleneck, but so far no one knows. Some kinds of cells can be frozen in liquid nitrogen and thawed out later. But not BY2 cells. By volume, the cells are about 95% water, in the form of a gigantic central vacuole, which upon freezing forms a nice big ice cube, rupturing the cell’s membranes. To be fair, there are published protocols for successfully freezing BY2 cells. I tried one. It failed. I should probably try again, it would be good to have frozen back-ups. But figuring out how to make freezing work requires more energy than just doing the culture thing.

I go to my lab once a week to culture the cells. These are plant cells but they are not photosynthetic. They live in the dark, on the sucrose provided in the medium. In that sense, they are like cells in the root of the plant, which also live on sugar provided by leaves. For that matter, even leaves live on stored sugar during the night. In the medium for BY2 cells, sucrose is the second ingredient, after water. The trouble is, sucrose is everything’s favorite. I turn on the fan in a laminar flow hood, a device that helps keep bacteria and fungal spores, ubiquitous in the air, from landing in a flask and growing along with the BY2 cells. The fan runs for 30 minutes to clean out the dust; then, I bring to the hood three fresh flasks of medium, three disposable pipettes, a Bunsen burner, and the three sludge-state cultures, spraying it all ritualistically with ethanol. I give the necks of the flasks a nice burst of fire from the Bunsen, which should kill any lingering microbes and also make the neck hot so air currents will tend to move things up and away from the inside of the flask. Add the 3/4 mL of cells, being ever so careful to keep the three cultures straight, and then put the newly cultured flasks back on the shaker (shaking gives them the oxygen they need — remember these cells are burning sugar with aerobic metabolism, they need oxygen). I clean up the sludgy flasks an turn off the hood.

The whole thing takes about 45 min. Once every 5 weeks, I make new growth medium, which takes 90 min or so because it has to be autoclaved. Not a great deal of work. Still, doing even an hour of work every week in the lab connects me to experiments in a way that I value. But going into the building is strange. Nothing has happened to the building, to the sinks, boxes of gloves, centrifuges etc. that line the shelves and pile up on the benches. Everything is there, same as it ever was. I suppose one expects the crises to be in the reverse, the building broken into pieces by a gas explosion. Staring at this jampacked emptiness makes the crises more real than reading the unimaginable numbers in the news.  Now I just wait, culturing cells, one week at a time.