The past week, I uncovered a couple of factlets. Some might call them artifacts and I might not argue. But that is getting ahead of the story. The focus of my project here at MBL  is to develop three-dimensional imaging techniques for polarized light microscopy. As a test object, I had the bright idea of using BY-2 cells induced to form xylem (pictured here). But this past week the line went on strike and refused to induce. Well, one lonely cell out of the fields and fields I scanned was xylem–enough to convince me that induction failure could not be put down to my forgetting to add the inducer or mixing up the flasks. But far too few to study.

I might add that on Thursday, the bathtub-sized tank of seawater, home to a motley collection of tunicates, taking up a fifth of the lab, right next to my cell shaker, erupted. One of its marine hoses sprang free and deposited salt water, one inch deep, on the lab floor and flooded my incubator. The flasks had salt water all over them and the shaker was unable to shake. Rudolf, Ahmet, and I cleaned up as best we could. Mop in hand, salt water in my Birkenstocks, I envied the physicists with their frictionless cows.

Nevertheless, work went forward. Last week, I was checking whether the dye I am using for polarized fluorescence is a valid reporter for cell wall structures. Actually that makes it binary, valid or invalid, which is too stark. It is more a question of how valid. How large are the distortions? As I explained last week, to check, I stained cells and then acquired images of polarized fluorescence and also birefringent retardation in both green (where the dye absorbs) and in blue where the dye does not absorb (much). I found that the green retardation was nearly double that of the blue. That’s weird and sounds bad for the dye.

Maybe the dye is an innocent bystander, so I did the same thing but with unstained cells. Of course, with those, there is no polarized fluorescence to check (that is what the dye provides), just red and green retardance. To my surprise, again, birefringent retardation was greater in the green than in the blue. But with the unstained cells, it was only 1.25 times greater. That’s much less than the nearly two fold boost I got with stained cells, but clearly real because every one of the two dozen cells I measured had a larger retardance in the green than in the blue. Where does the extra retardance come from? Could this be something … interesting about the structure of cellulose?? I fossicked thru the literature but found papers on cellulose-oid substances (where cellulose is extracted from the plant and altered chemically). I think people did check this kind of thing with cell walls back in the day but that day would have been in the 1930’s with the results published in German. Takes time to unearth.

The next test I ran was again with unstained cells but in this case imaging retardance not only in blue and green but also in red. I argued that if the structure of the cell wall actually caused its birefringence to go up between blue and green, then the retardance ought to go up even more in the red. I got the opposite: retardance in blue and red were identical and lower (again by 1.25 times) than in the green. The higher values in the green are reproducible (good) but inexplicable (bad). 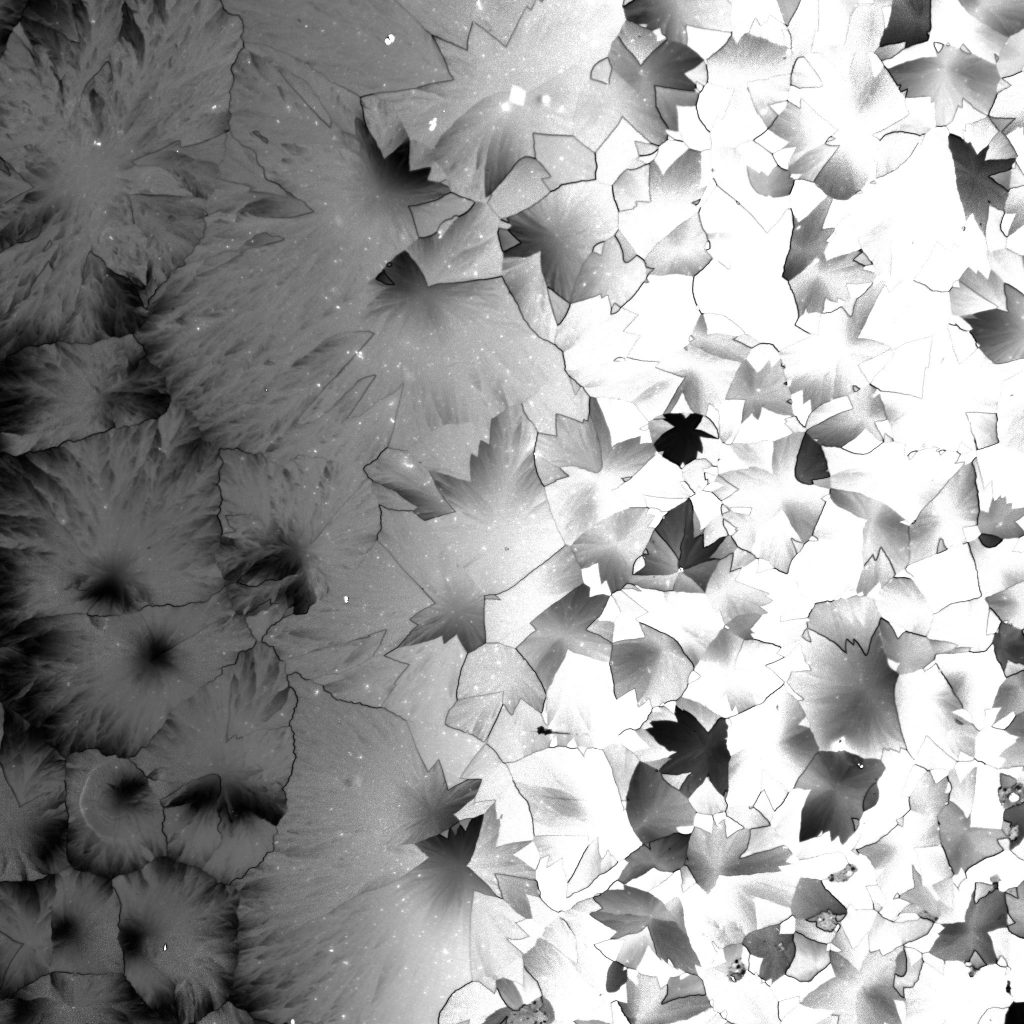 Fig. 1. Birefringent retardance image of a thin film of cacite crystals. The intensity is proportional to retardance.

The next thing I tried was calcite. Calcite? That’s a rock. Or a UC Berkeley web page (ha ha). Yes, the mineral calcite. It happens that Rudolf began his crusade to three-D-ify poarlized light microscopy with a thin film of calcite. The optical properties of calcite are super well known, and while there is indeed a small birefringence difference in blue and green, it amounts to less than 2%. He let me borrow a slide for this test (Fig. 1). When the calcite crystallizes it forms small domains. Each domain is nicely crystalline but neighboring domains are un-related, meaning that the molecular orientation in one has no similarity to the next. Some orientations give rise to massive values of retardance (the saturated white regions in the figure) but others are weaker and I measured ones of this kind (still higher than the cell walls but not that much higher). And bingo! Retardance was again higher in the green than in the blue, by about the same as for the cell walls, and way more than based on the known birefringence difference for those wavelengths, which in fact would favor retardance in the blue.

All right then, factlet number one: when measuring retardance here, there is a small bias in favor of green light. Rudolf reckons it is a calibration issue and since I don’t really care about the absolute values, it doesn’t really matter. But we know that this excess error exists. I think this meets the strict definition of ‘factlet’, rather than ‘artifact’ (artifactoid?) because it is real but more or less inconsequential.

With that sorted, I could get back to the question of interference by the dye. For this re-examination, I used cell wall ghosts. These are what is left of the cell wall when Eri makes cellulose. She takes the cells, breaks them open, removes the cytoplasm and extracts everything from the cell wall except cellulose and weighs what is left. For me, using ghosts is nice in practice because they are flat, confined more or less to a single focal plane. This simplifies the imaging because I don’t need to collect whole stacks of focal planes. There is also a conceptual point that the ghosts being pure cellulose are quite interesting objects in their own right. 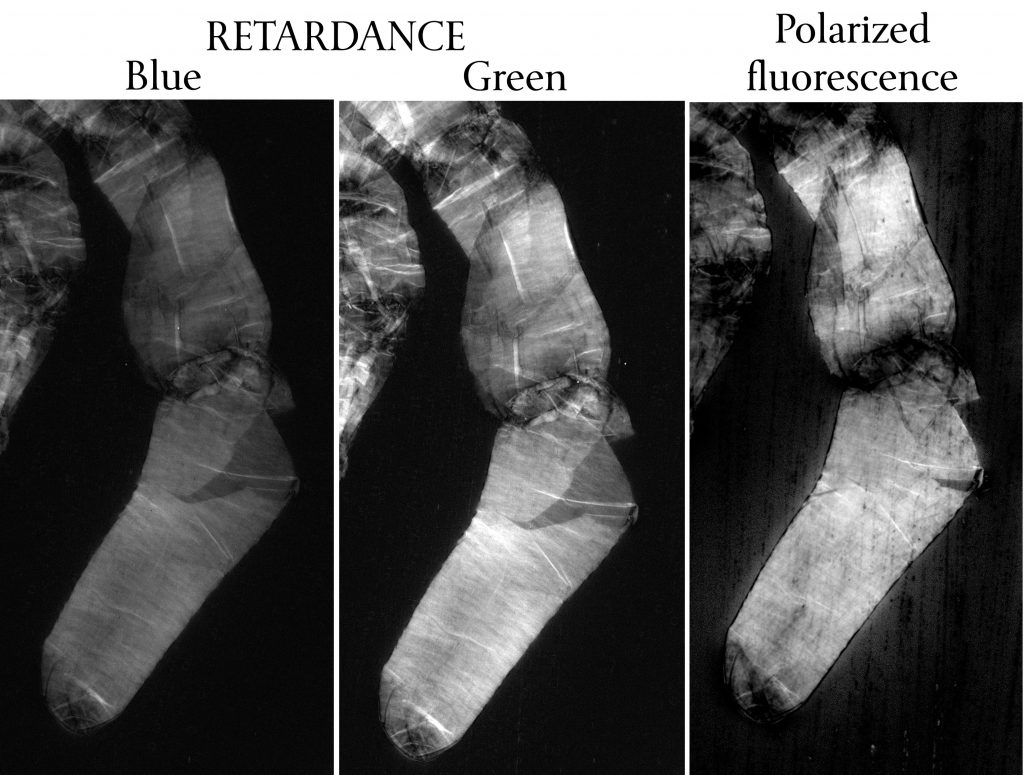 Fig. 2. Odd socks. Not really, I meant BY-2 ghosts. Brightness of the retartance images has not been adjusted between them so that the generally brighter image in the green reflects the generally larger values of retardance. For scale, the diameter of the cell is 30 µm.

I stained ghosts and imaged retardance in blue and green, and polarized fluorescence (Fig 2). I learned several things. First, again the retardance in green was higher than in the blue, but in this case almost two-fold higher. This is similar to what I got with intact cells (see above) and way more than for unstained cells (and yes I have a set of unstained ghosts on the computer rattling chains for measurement). Clearly the dye is adding to the retardance in green, where it absorbs. That is factlet number two.

The question is whether the dye adding to the signal is a boon – increasing contrast, (what’s not to like?) or a bane – changing the structure (that’s what is not to like).

This coming week, there might be xylem. I have a date on another kind of ‘scope to do three dimensional imaging. If everything goes right…