Bouncing along in an Amtrak car, I am writing this a day late, because Laura and I spent the weekend in NYC celebrating our anniversary. Thirty years together. We had a fine meal out (at Prune, where the handsome young couple at the next table were celebrating their engagement), saw art (including Heavenly Bodies at the Cloisters and a mesmerizing show of Chaim Soutine), and finally a play (Travesties) then a meal in company with our newly employed and hadn’t-seen-in-an-age child. All in all a great weekend. 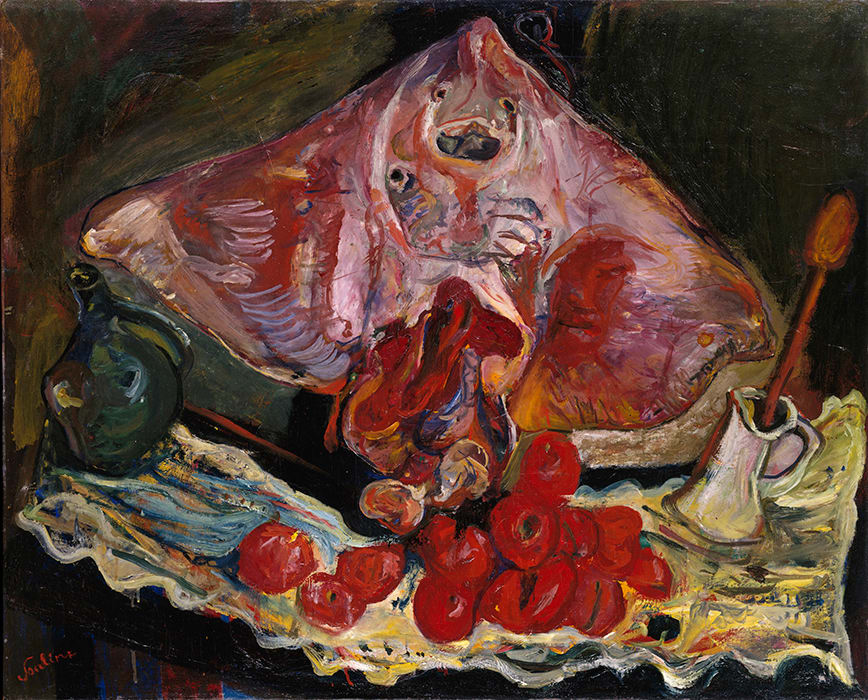 Chaim Soutine. The Ray. From the exhibition of the artist’s work at the Jewish Museum, NYC.

And one that is making it difficult for me to remember what it was I did last week. Oh yes, polarized light microscopy. The main story was that I had my first look at BY-2 cells induced to make xylem. The cells looked beautiful. The induction worked as expected. The line Eri made is such that about 15% of cells turn into xylem. This might be a problem for biochemistry but for microscopy it is enough. We had two sessions on the ‘scope. For the first one, Mai drove, but on the second one I did, tho I would not have gone far w/o Mai being attentive in the back seat. There are a lot of bells and whistles to ding and blow, in the correct order. I’ll get there with time and luck.

Also as expected, the xylem bands are striking in polarized light (Fig. 1). The bands have 5 to 10 times greater retardance than the primary cell wall. And the fluorescence signal is strong and stable. We looked at both fast scarlet and Congo red. Unfortunately, the orientation vectors that were calculated by the instrument were inconsistent between different bands on different cells. I suspect a calibration error and this week we are going to compare results with illumination at 544 nm (which is what we used so far) and at 546 nm, which should be almost identical in terms of fluorescence but will have its own calibration file. We will also compare results for a single cell imaged at distinct orientations, because the problem appeared to be sensitive to the orientation of the bands, which is what suggested a calibration issue in the first place.

Fig. 1. Polarized-light micrograph of a BY-2 cell induced to become xylem. The bright bands are thickenings of the cell wall typical of tracheary elements. Note that the faint glow between the bands is from the primary cell wall that remains present between the bands.

And that’s enough for this train bloggery. More next week.