Cultural landscapes are experienced at varying scales, and one of the most overlooked is the home yard and garden.  In the Czech Republic,  a traditional garden yard developed over hundreds of years, and as a result of the repression of the socialist regime, that garden yard did not change much in the years between 1945 and the Revolution in 1989.  But very quickly thereafter, western influences, particularly from Germany began to appear in the form of nursery catalogs, landscape magazines and new nursery materials.  As personal wealth increased during the 19990’s and early 2000’s, the garden yard of the Czech communities began to change.

The students explored the change in garden yards, through a detailed analysis of the garden yards in the Suchdol district of Prague, located in the northern section of the city. 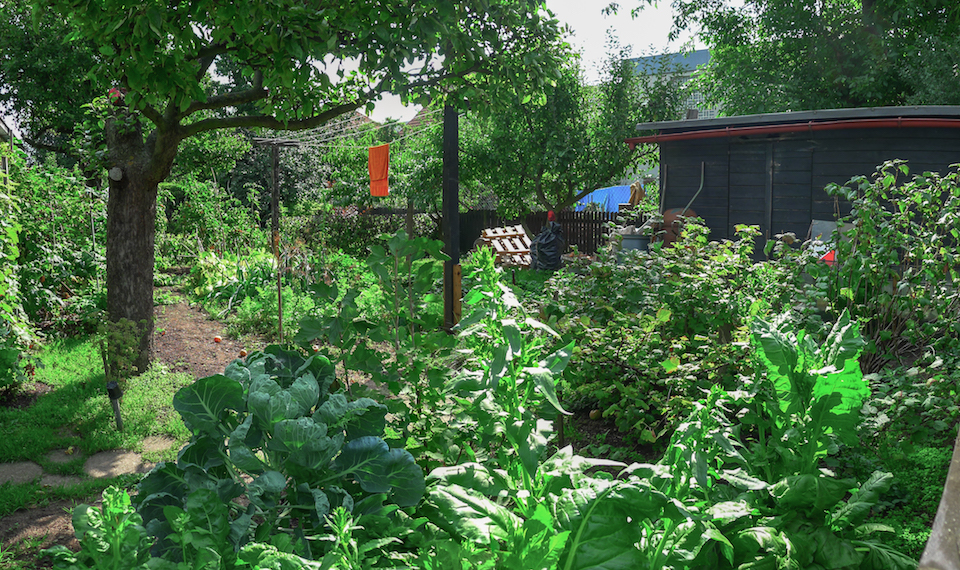 Typical traditional garden exhibiting multi-layered tree-shrub-perennial-annual plantings of mixed food crops, herbs and ornamentals. View from left. In the foreground, from left, are dill, brussel sprouts, currants and swiss chard, with carrots, leeks, beans and tomatoes below an apple tree. 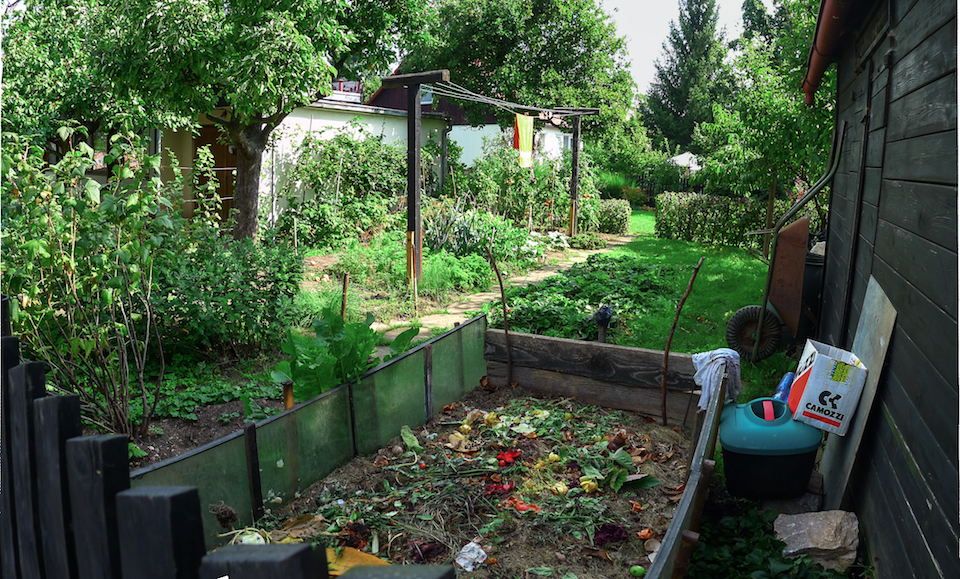 Typical traditional garden, view from right. a compost bin is in the foreground, next to strawberries, horseradish, with currants, chrysanthemums and an apple to the left foreground. In the background are leeks, tomatoes, and blackberries trellised against the wall. 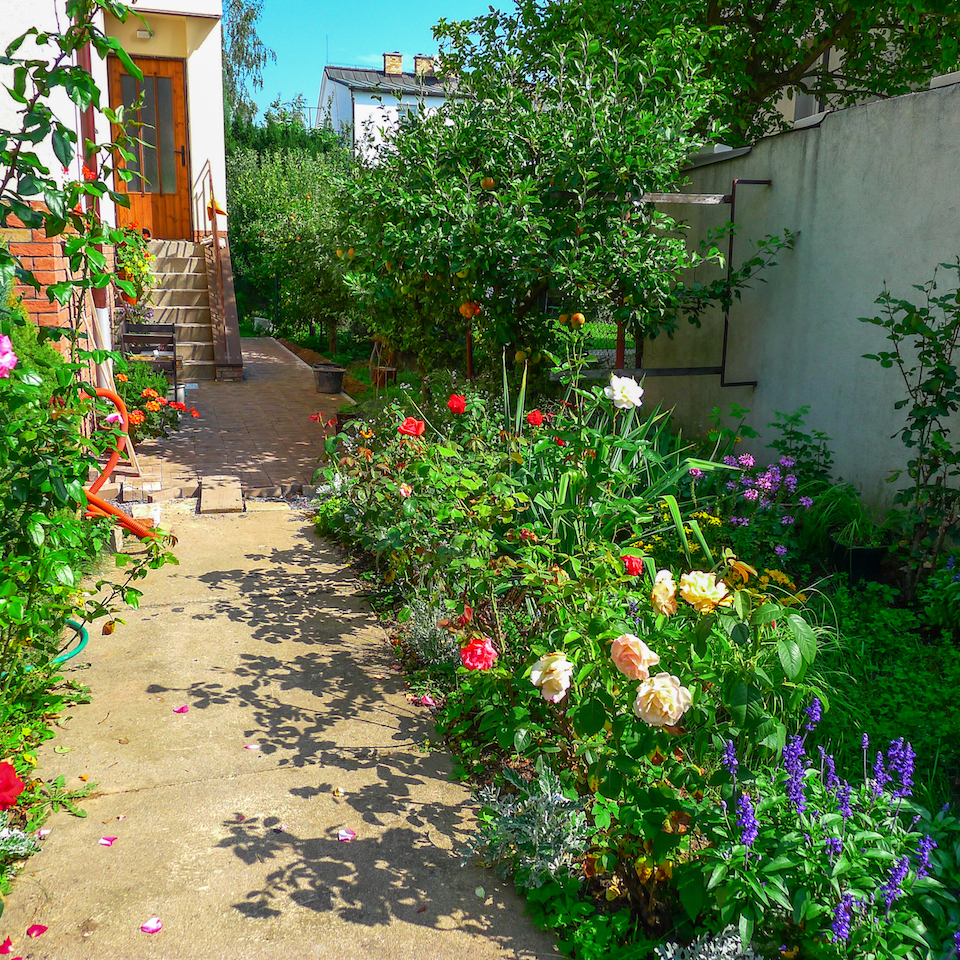 A typical riot of mixed flowers in the foreground, including salvia, roses, dusty miller and celome. In the background are a row of fruit trees, illustrating the total use of space, in this case forming a hedge along the property line.

Transitional Garden Yards come in many forms but retain vestiges of the original yard layout.  The most common feature retained are the presence of fruit trees and/or frit tree espaliers. 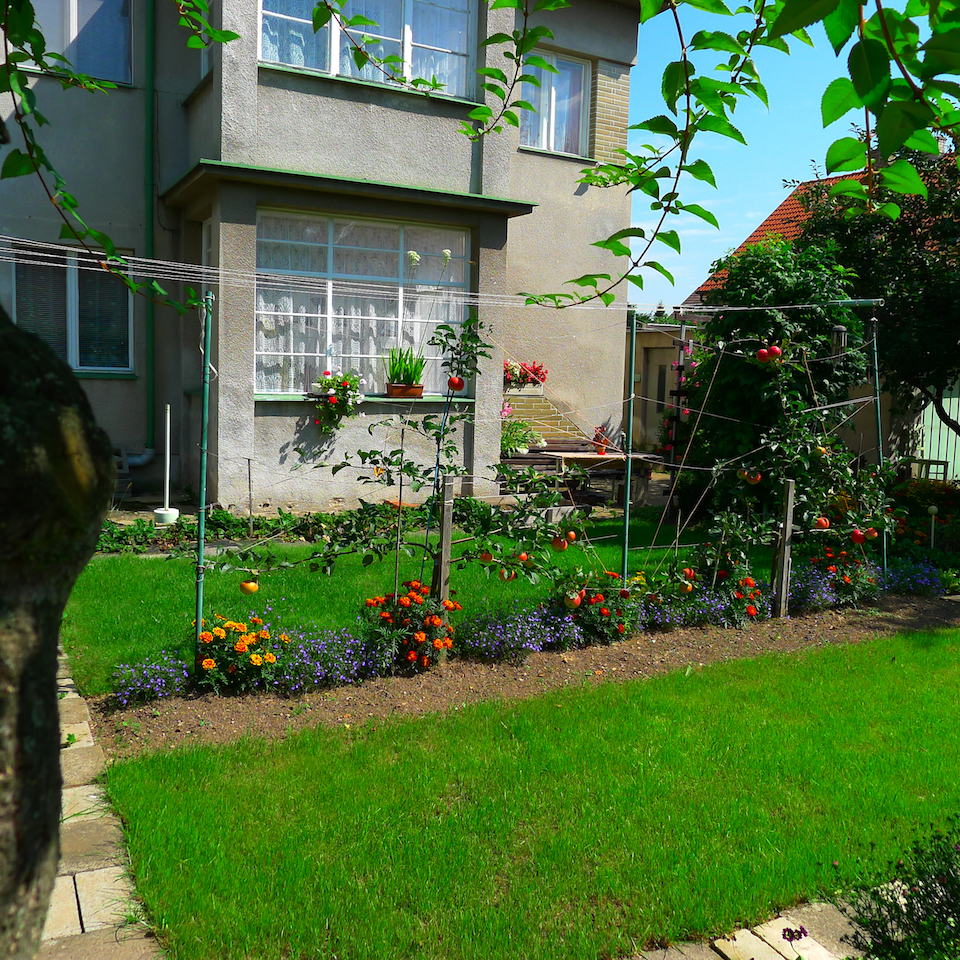 A transitional garden, maintaining a line of apple espalier with annual flowers below. Strawberries are visible as a foundation planting. However, most of the yard is now given to sod. 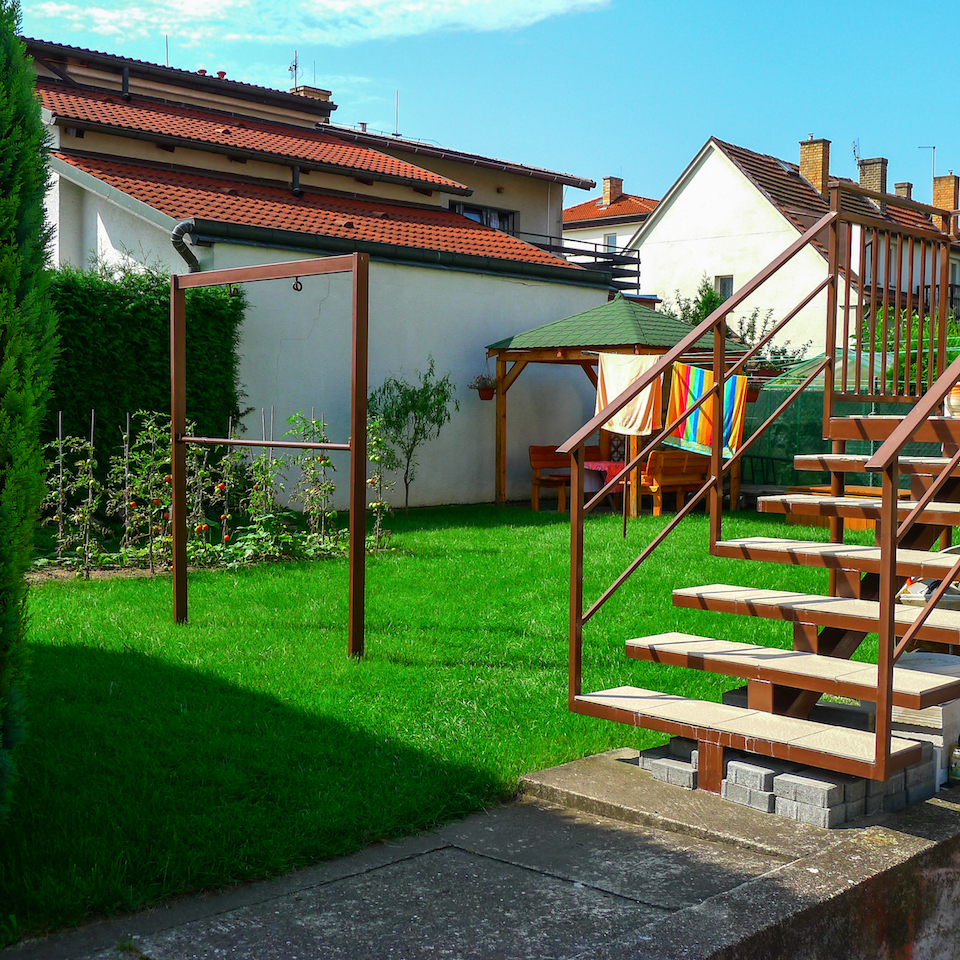 A transitional garden showing a new feature, the outdoor living area.  Most of the food producing areas of the garden yard are no longer here, leaving a much larger lawn.  This is evidence of the increased emphasis on leisure time.  However a small garden with tomatoes and cucumbers remains. Evergreen hedging and a new willow tree have been added. 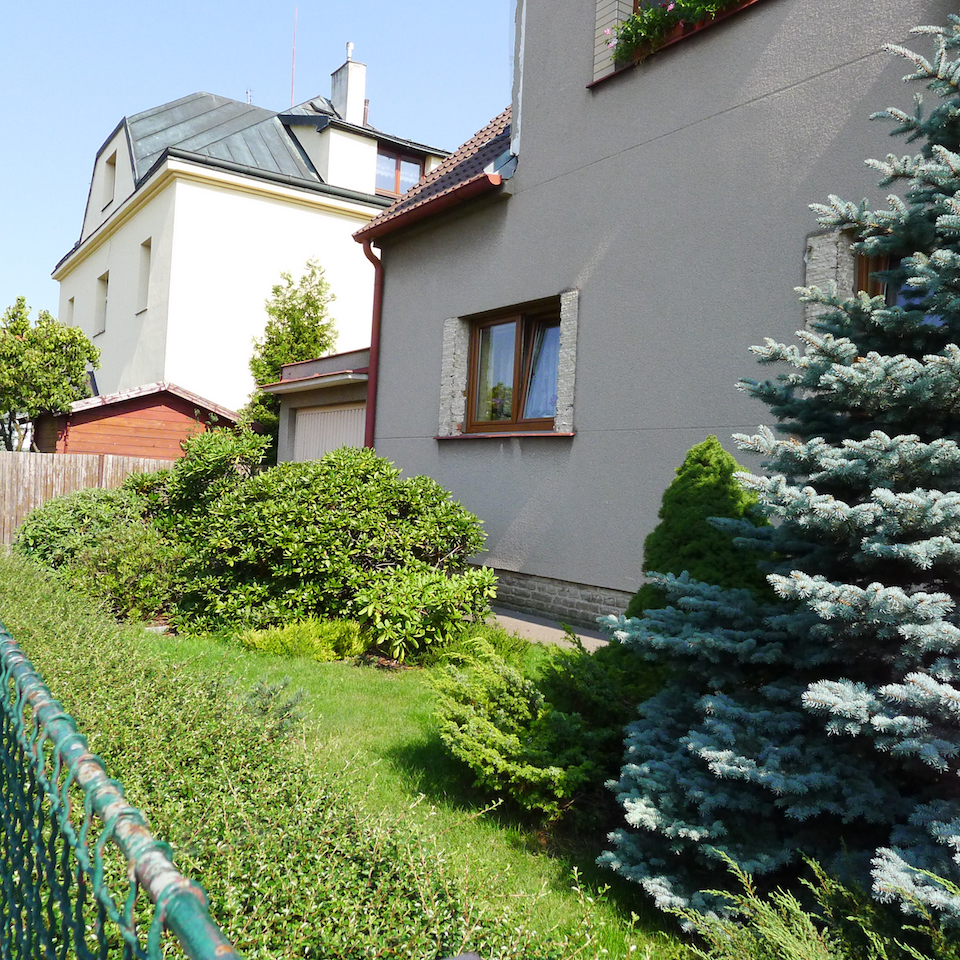 An evergreen garden, a style popular in the 1990’s.  This style became common after the Revolution led to an increase of western garden magazines and plant material. Azaleas, rhododendrons, and other ericaceous plants, along with a variety of conifers are prominent.  Few garden yards of this type remain, often transitioning to other, more contemporary garden forms.

2015 Drone footage of the Palace and surrounding landscape (Lněnička 2015)