Once again, the UMass Amherst Geography Club performed well against tough competition at the regional World Geography Bowl during the New England-St Lawrence Valley (NESTVAL) divisional meeting of the American Association of Geographers, October 12, 2018, at Keene State College. The team as a whole placed third in the region, which includes colleges and universities in Connecticut, Rhode Island, Massachusetts, Vermont, New Hampshire, Maine and Quebec. Moreover, two team members achieved qualifying individual scores for the New England region’s all-star team, which will compete at the national competition in Washington DC in Spring 2019.  Lily Holland, a geography senior from Altadena, California, and Natalie Howe, a geography senior from Clarksburg, Massachusetts, will be joining the 6-member regional team headed for the national competition in April. 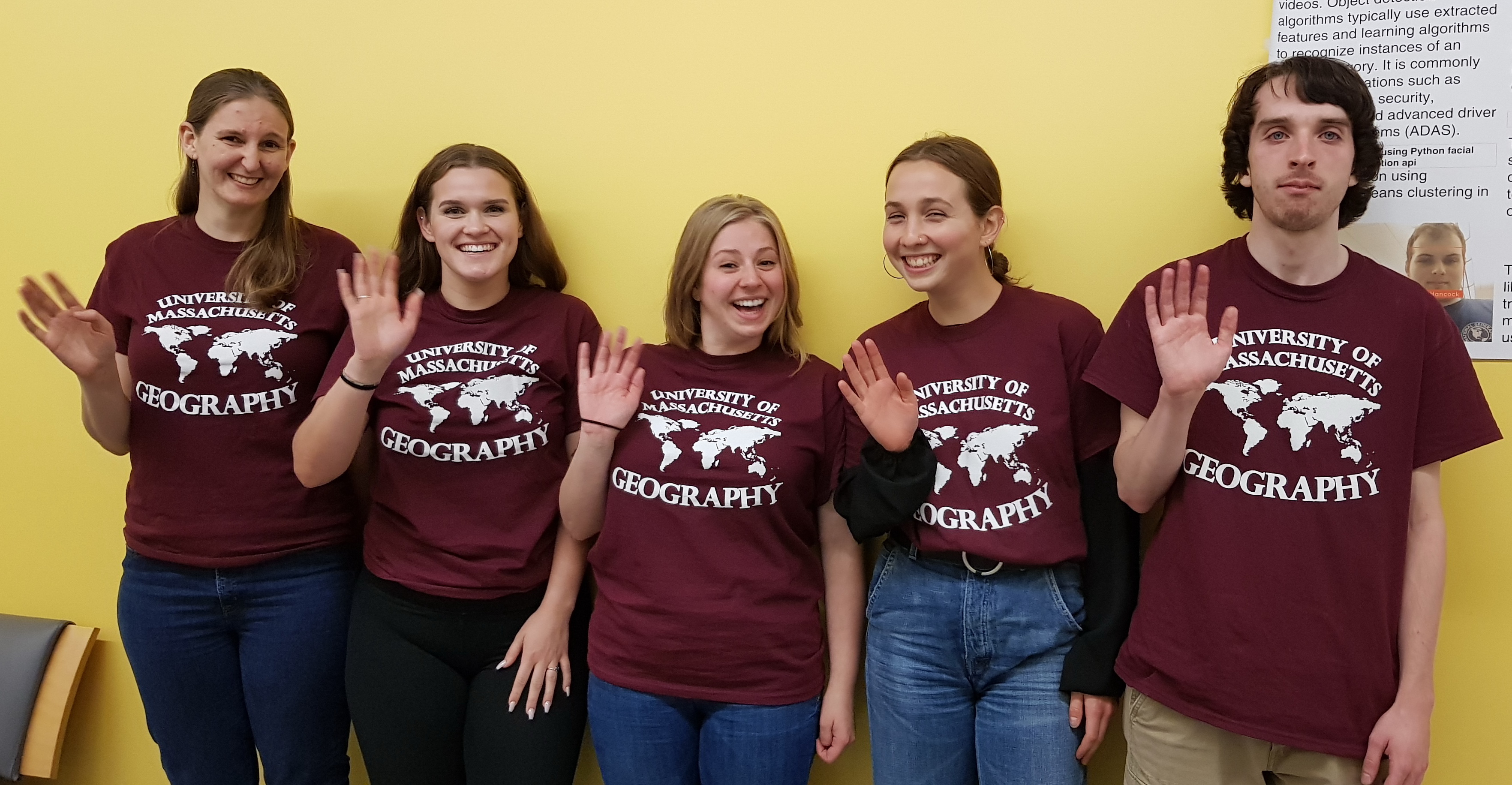 Lily and Natalie were the top-scoring women at the tournament.  This will be the 6th consecutive year that UMass Amherst has had a representative on the all-star team.  The team as a whole included (pictured, left to right) geography majors Lily Holland, Maeve Riordan, Natalie Howe, and Jana Douglass.  Gabe Hamel (right) also attended to support the team.

The New England-St Lawrence Valley Division is one of nine divisions of the American Association of Geographers, each of which sends an all-star team to the national championship competition.  Reflecting geography’s interface between the social and natural sciences, the competition’s subject matter ranged from the distribution of olive oil production to cloud patterns.