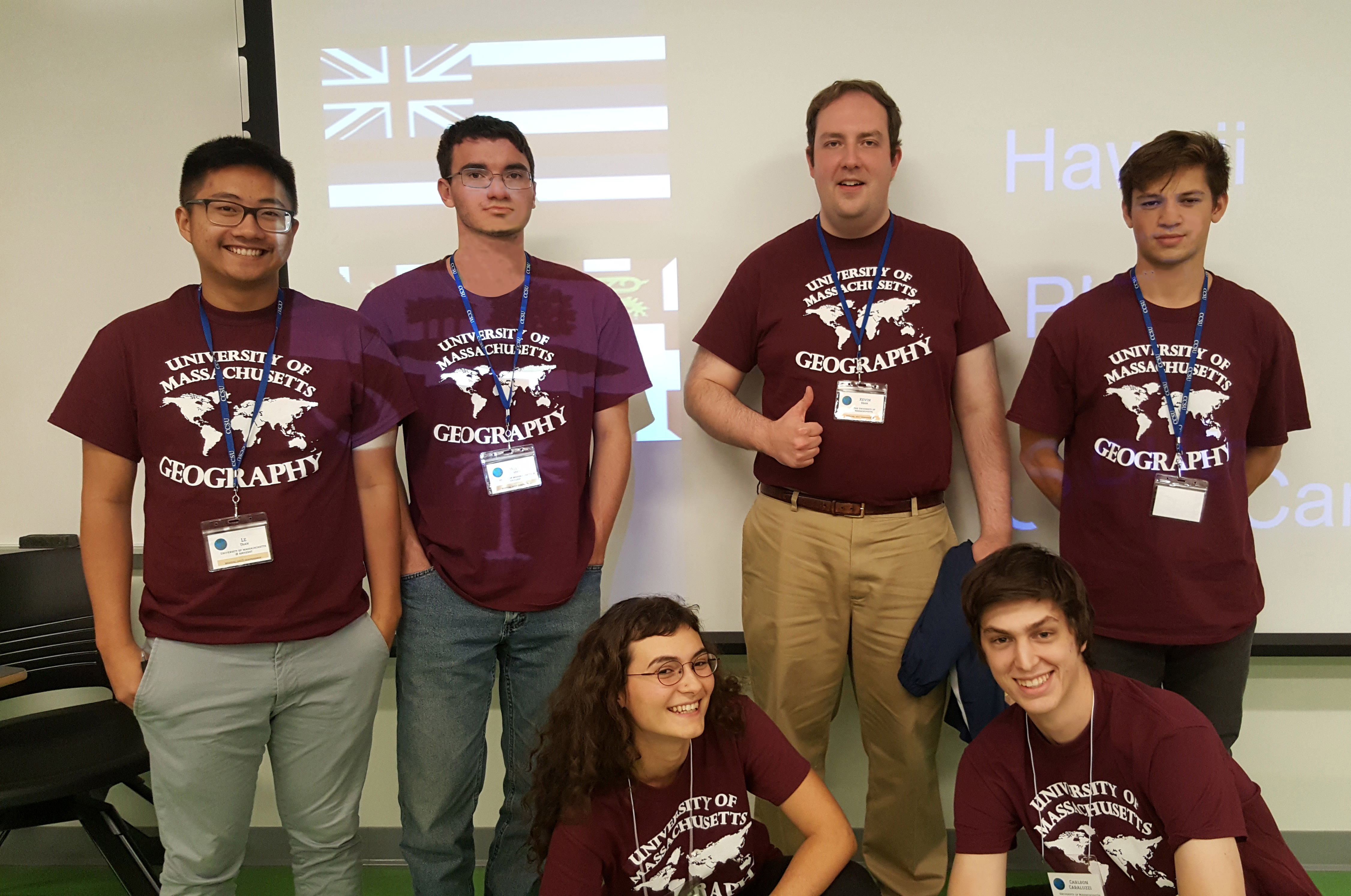 The UMass Amherst Geography Club was the top-scoring team for the fourth consecutive year in the World Geography Bowl held at the 2017 New England-St Lawrence Valley (NESTVAL) divisional meeting of the American Association of Geographers. The highest scoring team, geography students Kevin Bean, Carson Caraluzzi, Becca Feidelson, Will Kostick, Simon Perreira, and Le Tran, traveled to Central Connecticut State University for the October 20th competition. The World Geography Bowl competition begins with regional competitions across the US and culminates in a national competition at the Annual Meeting of the American Association of Geographers – this year to take place in New Orleans. Reflecting geography’s interdisciplinary integration of the social and natural sciences, the competition questions ranged from the dynamics of population change to wind patterns.

For the second year in a row, the top-scoring UMass team was undefeated throughout the day-long competition.   As a result, according to tournament rules designed to avoid the over-dominance of any one team, they were not permitted to compete in the final championship round this year.  Nonetheless, the UMass team scored so high in the preliminary rounds that they remained the highest scoring team in the tournament even without competing in the final round, which was won by the University of New Hampshire.  The UMass team won the championship in 2014 and 2016, and came in a close second in 2015.

UMass’ highest score was officially recognized at the closing awards ceremony of the World Geography Bowl tournament and in the official report of the tournament results, which lists three winners: highest score (UMass), championship round winner and championship round runner-up. UMass Geographers Kevin Bean and Carson Caraluzzi scored individual high scores which qualify them to compete on the NESTVAL all-star team in the 2018 national competition in New Orleans this spring.

The World Geography Bowl began in 1987 in North Carolina, and became a fully-developed national competition in 1993.   Unlike primary and secondary school “geography bees,” which emphasize individual proficiency, the college-level World Geography Bowl emphasizes team competitions.  Half of the questions are answered through collaborations between all team members.  In 2006, the competition was revised to include visual questions involving satellite images and photographs as well as standard questions.

The top six individual-scoring students from the 2017 NESTVAL competition will join together to form the NESTVAL team at the national World Geography Bowl, to be held in New Orleans at the 2017 Annual Meeting of the American Association of Geographers in April.  The Association has 9 regional divisions, each of which sends a team to the national championship competition.