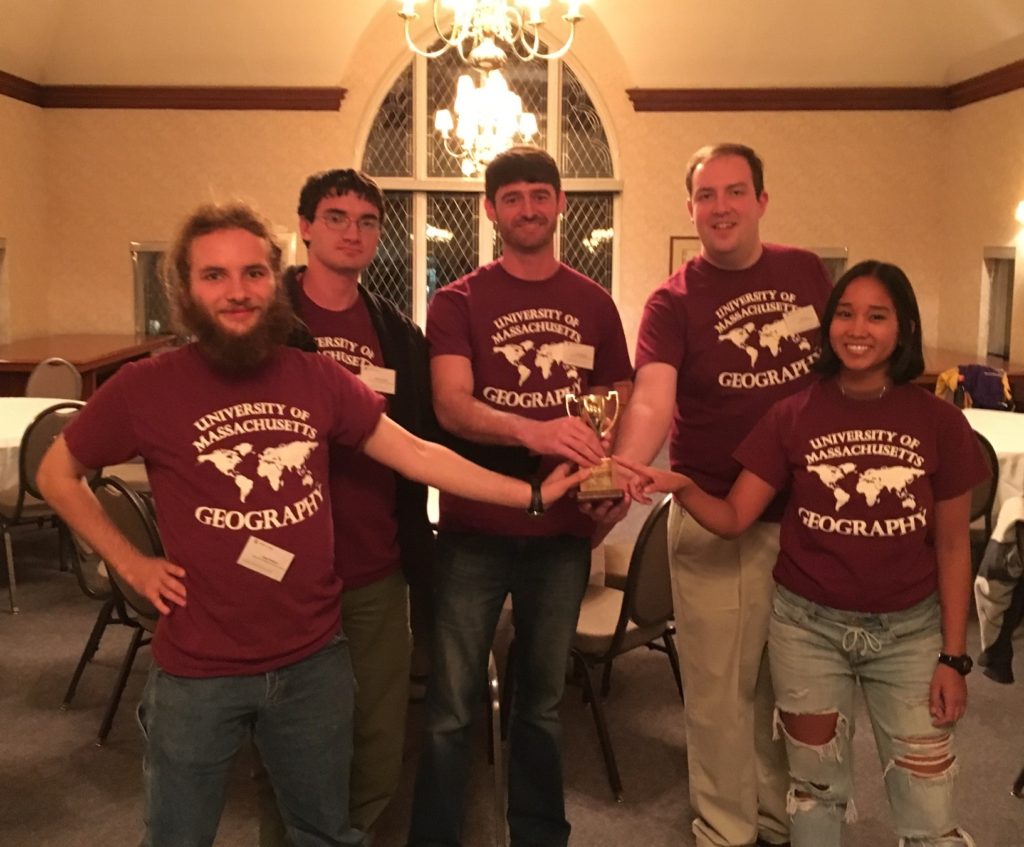 The competition involved university teams from Connecticut, Rhode Island, Massachusetts, Vermont, New Hampshire, Maine and Quebec. This year the UMass team was undefeated throughout the day-long competition.  They swept the final championship round against Southern Connecticut State University, scoring 105-55 with correct answers to questions which demonstrated their command of the breadth of the field of geography. Reflecting geography’s interface between the natural and social sciences, the competition’s subject matter ranged from wind patterns to city locations.

The UMass team also won the championship in 2014, and came in a close second in 2015.  The World Geography Bowl began in 1987 in North Carolina, and became a fully-developed national competition in 1993.   Unlike primary and secondary school “geography bees,” which emphasize individual proficiency, the college-level World Geography Bowl emphasizes team competitions.  Half of the questions are answered through collaborations between all team members.  In 2006, the competition was revised to include not only verbally-read questions, but also visual questions involving satellite images and photographs.

The top six individual-scoring students from the 2016 NESTVAL competition will join together to form the NESTVAL team at the national World Geography Bowl, to be held in Boston at the 2016 Annual Meeting of the American Association of Geographers in April.  The Association has 9 regional divisions, each of which sends a team to the national championship competition.

The UMass Geography program, which offers BA-Geography, BA-Environmental Geography, BS-Geography, MS-Geography and PhD-Geosciences degrees, is housed in the Department of Geosciences, and the School of Earth and Sustainability, College of Natural Sciences.