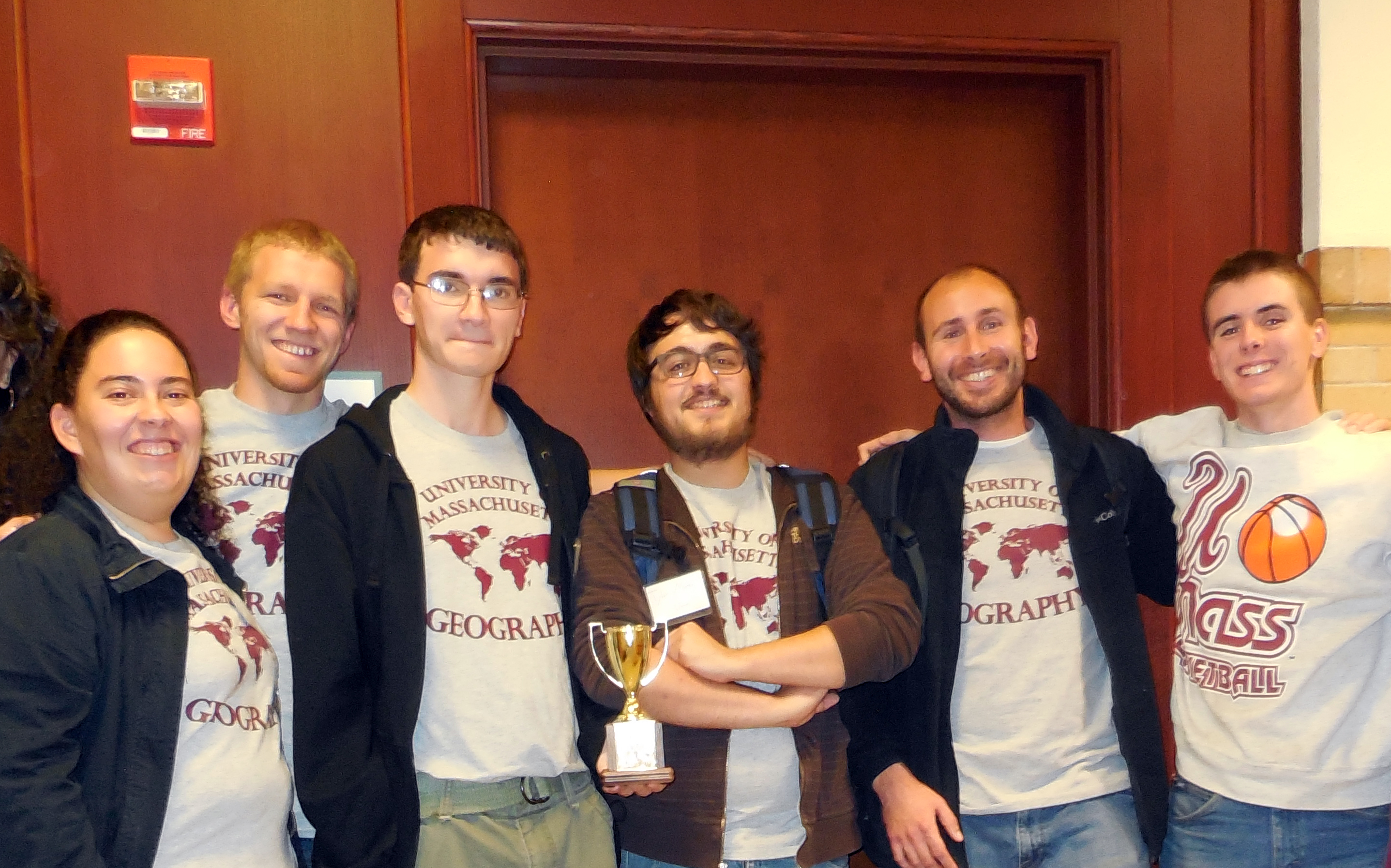 The team members (Steve Bailey, Will Kostick, Ronan Lucey, Tyler Maren, Vitya Romanov and Spencer Weinstein), are all working toward the Geography BA, BA-Environmental Geography, or Geography BS degree, and are all members of the UMass Geography Club.

Although a number of the teams at the WGB combine undergraduate and graduate students, UMass sent an all-undergraduate team to the competition this year.  Geography club president Dan Riecker, though unable to attend, was instrumental in organizing the team and running practice sessions.

The World Geography Bowl began in 1987 in North Carolina, and became a fully-developed national competition in 1993.   Unlike primary and secondary school “geography bees,” which emphasize individual proficiency, the college-level World Geography Bowl emphasizes team competitions.  Half of the questions are answered through collaborations between all team members.  In 2006, the competition was revised to include not only verbally-read questions, but also visual questions involving satellite images and photographs.

The top six individual-scoring students from the 2014 NESTVAL competition will join together to form the NESTVAL team at the national World Geography Bowl, to be held in Chicago at the 2015 Annual Meeting of the Association of American Geographers in April. The Association of American Geographers has 9 regional divisions, each of which sends a team to the national championship competition.