Dr. Christine Hatch, Geosciences, used the lab’s laser scanner for river-bed monitoring in this project, which was features on the WGBY show Connecting Point:

Western New Englanders know the importance of rivers. Parks run alongside them, bridges cross them, farms flourish in the rich soil near their banks. But when rivers flood—as they did during Hurricane Irene in 2011—they don’t just destroy parcels of land; they change the face of commerce and culture in affected communities for years to come. A group of researchers from UMASS Amherst has been spending time collecting data and researching the Connecticut River flooding so that they can better understand how rivers reclaim themselves after a catastrophic event. Producer Dave Fraser tagged along on a recent research endeavor to learn more.

END_OF_DOCUMENT_TOKEN_TO_BE_REPLACED 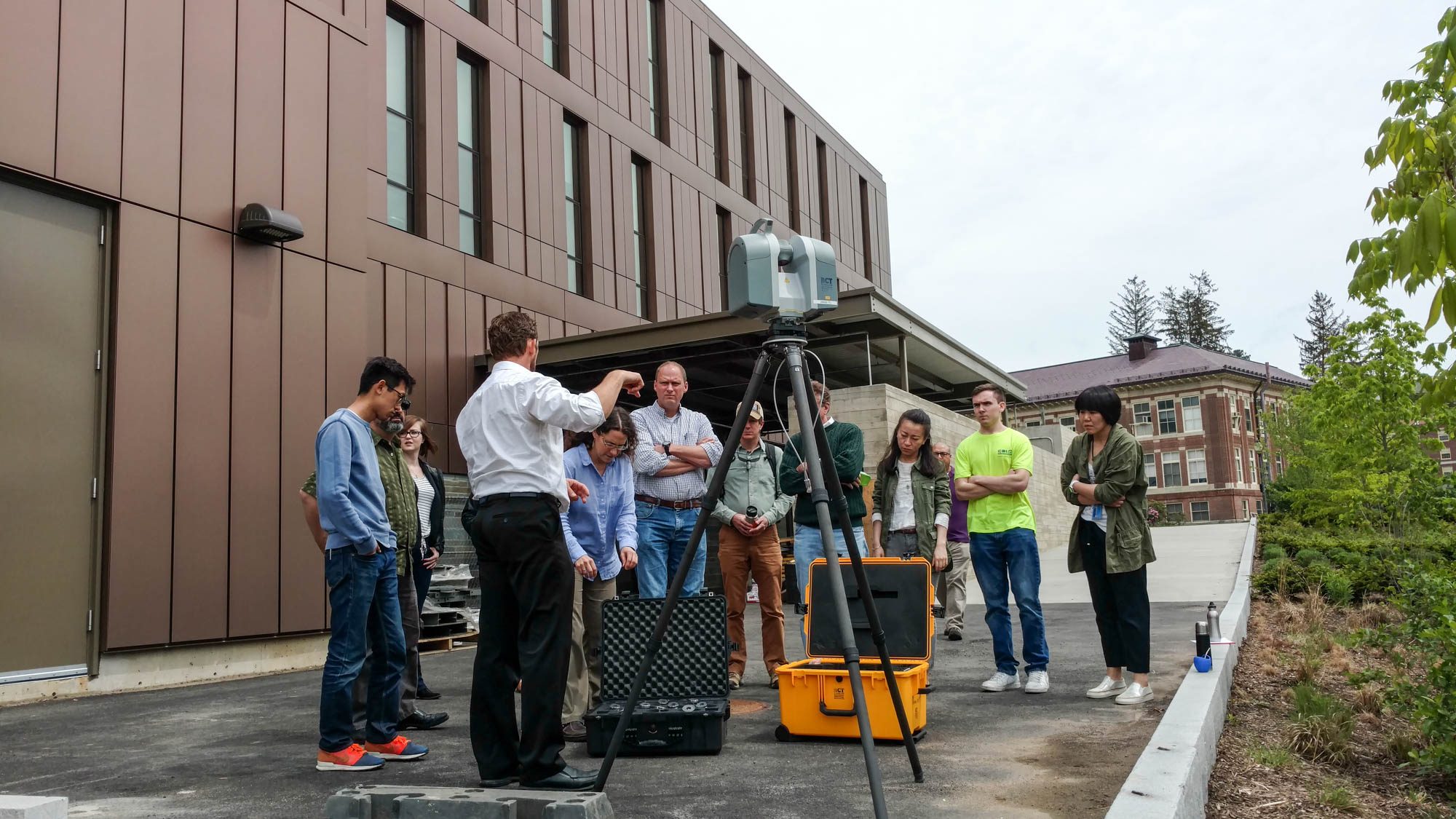 Our first round of Trimble tech training mainly covered the TX 8 and Realworks. Led by Trimble’s Ian Warner, faculty and students learned how to 3D scan buildings and environments. See below for images… END_OF_DOCUMENT_TOKEN_TO_BE_REPLACED