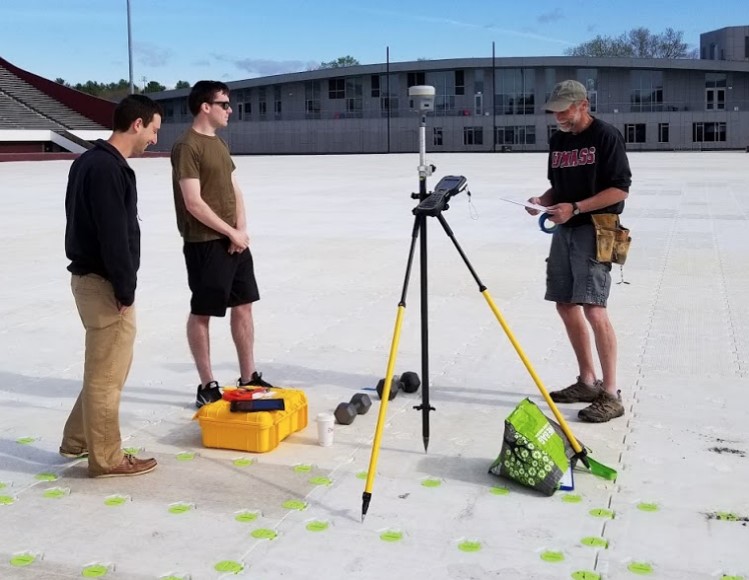 Undergraduate students in BCT and other programs in collaboration with the UMass Amherst Physical Plant assisted the commencement planning team with layout for the main graduation event. Commencement planning for thousands of students takes a village or at least the Physical Plant at UMass Amherst. One of the people responsible for coordinating the layout for events is Surveyor and GIS Administrator Carl Larson. Carl has been in charge of staking out commencement planning for a number of years, but this year Carl has a little more help. With the help of a few students and Trimble GPS equipment, the stadium will be transformed from an athletic field to graduation for thousands of students and their parents. By using the Trimble R10, we have cut the time it takes to layout graduation by almost two-thirds.

END_OF_DOCUMENT_TOKEN_TO_BE_REPLACED 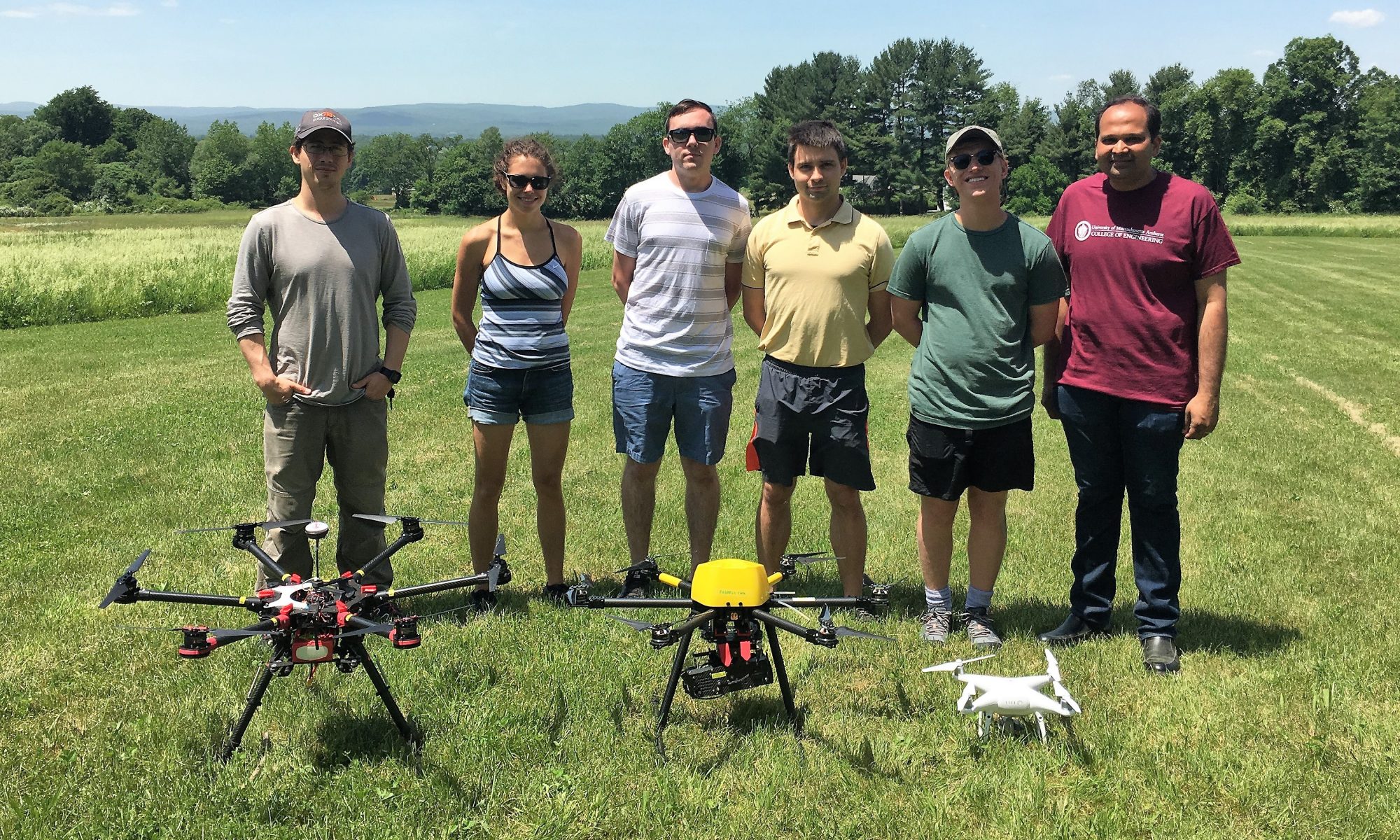 Drone flights were in support of a project lead by a Collaborative Adaptive Sensing of the Atmosphere (CASA) research team in the UMass Amherst Electrical and Computer Engineering Department (http://www.casa.umass.edu/). The team, led by Krsztof Orzel and Apoorva Bajaj, wanted to test the ability of their weather radar system to track and identify UAS targets. The Trimble ZX5 hexacopter was flown in a variety of patterns and altitudes to test the limits at which the drone could be detected. The drone was also flown simultaneously with the a DJI Spreading Wings 900 (that had been modified with a PixHawk for its flight controller) which was flown by another independent pilot. The simultaneous flights allowed the opportunity to start to get a sense of how easily the weather radar could de-conflict the two signals from each of the drones. By comparing the radar signal log to the flight logs of the multirotor UAVs, the team aims to gain a sense of the accuracy and precision of their radar instrumentation, and in the future they aim to tweak the signal processing algorithms to yield better results. END_OF_DOCUMENT_TOKEN_TO_BE_REPLACED