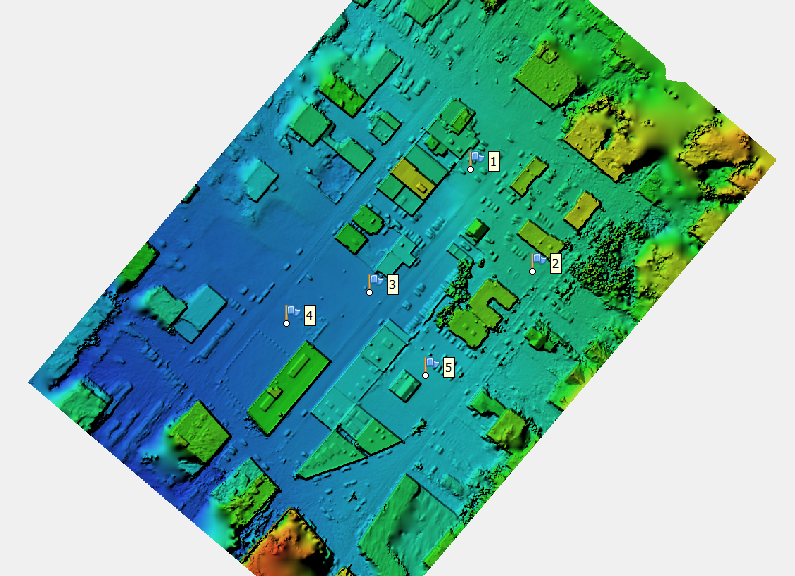 City and regional planners have the daunting task of developing a vision for the future of both the physical, aesthetic and cultural feel of an area. This often involves engaging multiple parties that have a stake in that future, identifying convergent or divergent needs or desires of those stakeholders, identifying themes within those needs or desires, and developing not just one potential plan, but a multitude of plans that can be considered in comparison. Inevitably in this process comes the task of developing physical models of what the area in question could look like, and a prerequisite of this is to develop a model of what the area currently looks like. Traditionally this model has to be built manually with meticulous attention to detail, and the process is time intensive even if computer-assisted design (CAD) software is used. As an alternative, UMass Landscape Architecture Student and Regional Planning (LARP) graduate Jake Schick and UMass Air Pilot Ryan Wicks have been exploring the feasibility of using a centimeter-level-accuracy RTK GNSS unit, a simple quadcopter, and photogrammetry tools to develop a workflow for model development that takes mere hours rather than days or weeks. LARP faculty Michael DiPasquale has been interested in developing a model of the Springfield city block between Pearl and Worthington Streets on the west and east sides, and Spring and Chestnut Street as the north and south bounds. At the request of DiPasquale, Schick and Wicks have been working on developing a model of this region using the new approach. The ultimate goal is to deliver a comprehensive detailed model (that is also not excessively complex) and a workflow to develop that model for future projects which can be completed within a day.

Using traditional methods, Schick and Wicks would have had to survey dozens or hundreds of reference points that would then have to be loaded into a CAD program and used to constrain the reconstruction of key physical features within the environment. Instead the team deployed a set of 5 ground control points (GCPs) evenly spaced across the survey area. They then surveyed using a Trimble R10 that was donated by Trimble to the UMass LARP, Architecture, and Building Construction Technology departments. The team then launched a Phantom 3 quadcopter to fly a grid pattern over the area to take hundreds of overlapping nadir and oblique images that would then later be used for model reconstruction using AgiSoft Photoscan photogrammetry software. The inclusion of just a few GCPs measured with the accuracy afforded by the Trimble R10 allows the team to rapidly reconstruct the entire model with accuracy of only a few centimeters rather than the default accuracy of several meters without RTK GNSS measurements of the markers. Below are several images that show the reconstruction process, and which highlight the importance of using GCPs that have been accurately surveyed with a device such as the Trimble R10.

While Wicks and Shick currently can achieve results that are accurate to within a few centimeters for all products including the orthmosaic, DEM, and 3D model, all within a given day, the largest challenge at this point is how to make this data usable. Typically an orthomosaic of this size will be roughly 400 MB, and a 3D model will be represented by tens of millions of points or triangular integrated network (TIN) polygon faces. City planner might typically use a CAD tool such as SketchUp, and for programs like these, handling models that have millions or even hundreds of thousands of faces is well, beyond what the program was designed for. The currently challenge is taking the multi-million-point model and they parring it down to a few thousand or a few hundred points or polygons, but which still preserve the position accuracy and sharpness of the original model.