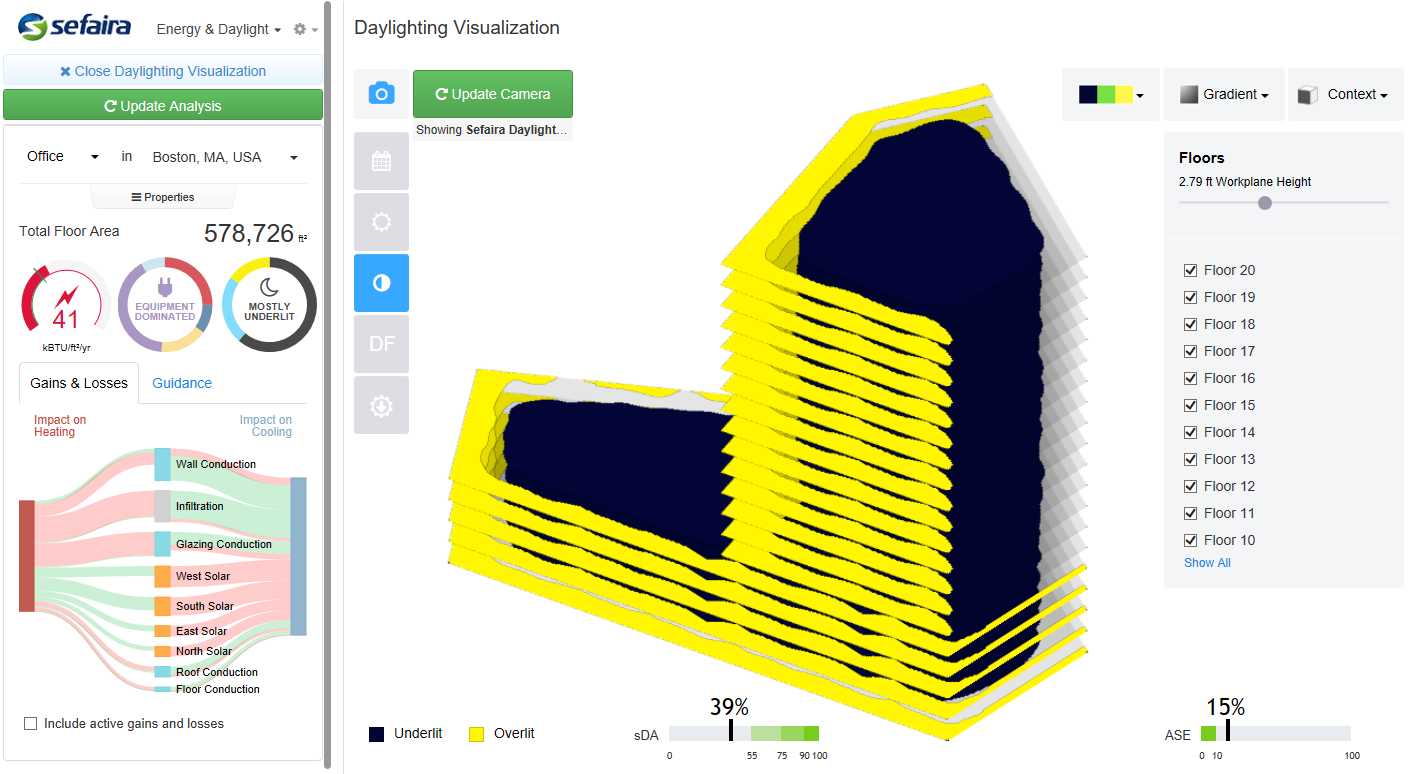 This research project, led by Dr. Ajla Aksamija, investigates how to integrate parametric design methods with building performance analysis procedures for whole building design. High-performance buildings require the use of performance simulations and modeling from early conceptual design, since the impact of design decisions must be understood and evaluated. On the other hand, parametric design methods offer improved ways for exploring building forms, geometric properties, and modeling strategies.The primary benefit of integrating performance-based design with parametric modeling is that multiple iterations and design scenarios can be investigated, thus improving the efficiency of the design process, and reducing the time necessary for investigating impacts of various design decisions on building performance.