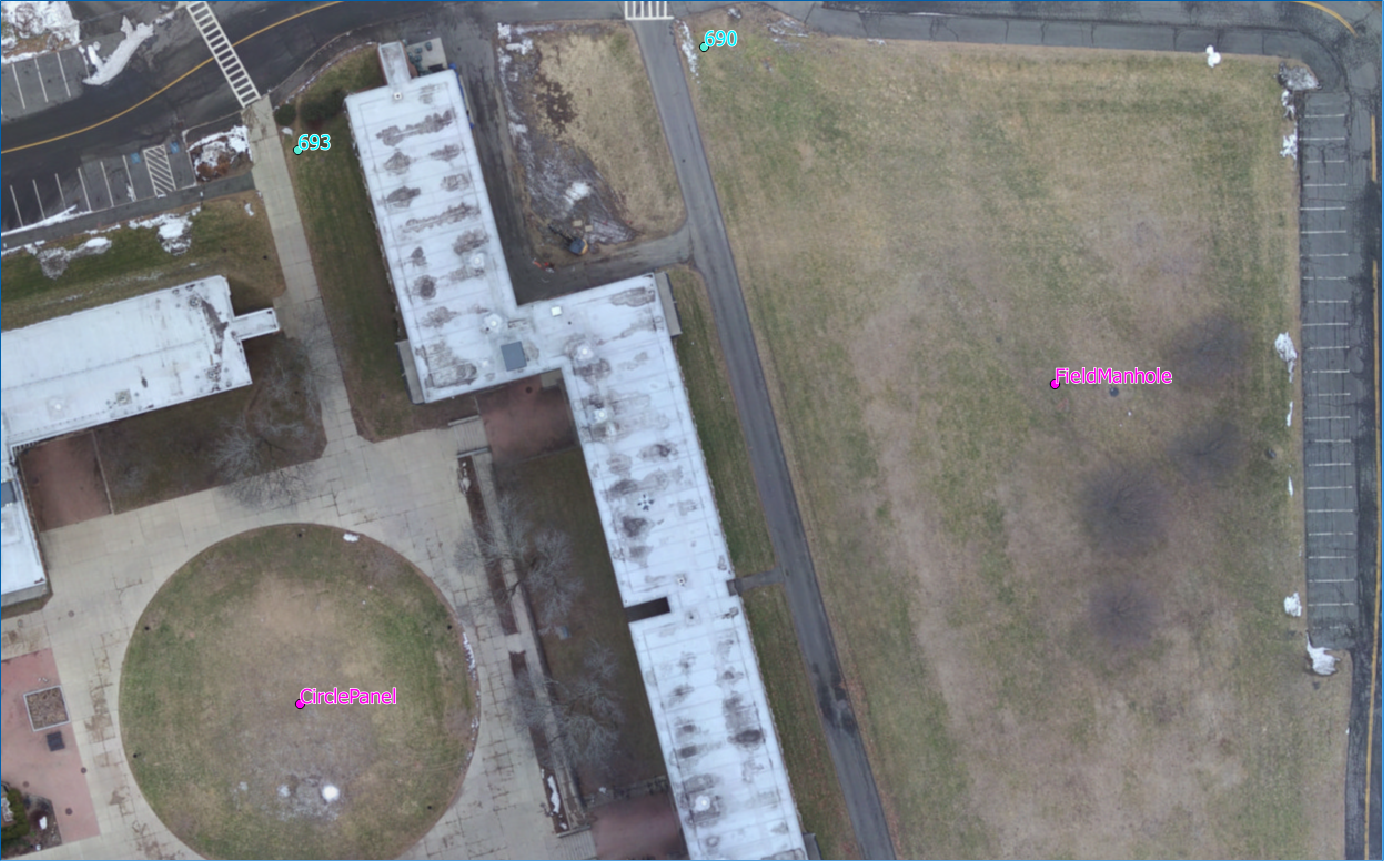 At the UMass Amherst campus we regularly use UAS to conduct surveys of key infrastructure; whether it be to monitor and document stages of new construction on campus or to survey and inspect existing infrastructure. One of our more recent additions to our array of capabilities is the capacity to develop thermal orthomosaics from long-wave infrared (LWIR) imagery. This can help us map heat sources and thermodynamic processes of buried infrastructure, or look at heat loss in structures.

In a recent survey project we surveyed roofing of some campus buildings to inspect for suspected leaks. In general, if water leaks into a roof if can compromise the insulation of the building and conduct heat more readily. In the winter time when the outside temperature is significantly cooler than the inside temperature areas of compromised insulation will show up as relatively hotter than the surrounding area on a surface because it is conducting the heat from the inside to the outside more readily.

Working with thermal imagery can be especially tricky for several reason. Unlike many other types of aerial imagery which captures images of reflected radiation, thermal images are images of emitted radiation, that is to say radiation emitted by warm objects. This radiation depends on the emissivity of a material, which is the proportion of how much energy it emits at a given temperature compared to an ideal “black-body” radiator. Consequently all images have to be adjusted and tuned to look at specific materials, and be tuned to compensate for reflected radiation from the background (which is the sky in this case), as well radiation signal loss through the atmosphere due to attenuation by both water and carbon dioxide.

The use of an RTK GNSS receiver or other accurate survey tool allows us to measure this GCPs to within a few centimeters, and consequently a similar level of accuracy can carry over to final data products. This is important so that our thermal orthomosaics can align accurately with RGB orthomosaics, as well as other data layers such and surveys that might show areas of infrastructure; this enables us to relate the thermal signals we see to specific structures or features measured by other means.