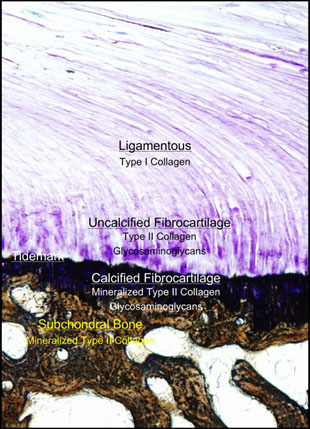 This figure shows the native enthesis.

This is a collaborative project with Danny Kelly at Trinity College in Dublin, Ireland.

Two common injuries to the knee are tears of the cruciate ligaments and menisci, which typically occur simultaneously as a result of sport injuries or accidents. People who suffer from injuries to the knee at a young age are more likely to develop osteoarthritis, a debilitating disease that is characterized by the degeneration of joint structures and a dramatic decrease in functionality. After injury, treatment of meniscal tears is difficult due to the lack of blood supply to the outer two thirds of the meniscus, meaning that natural healing is virtually impossible. Recently a number of research groups have focused on strategies for tissue engineering viable replacements for damaged menisci. Despite the success of some of these artificial constructs, the attachment of meniscal replacements to the underlying bone continues to be a challenge. The current gold standard of implant attachment is sutures pulled through bone tunnels; a method which fails to replicate the graded properties of the native meniscal attachment and typically results in inadequate mechanical stability. A graded tissue interface that recapitulates the structure and function of the native attachment could be combined with existing tissue engineered constructs to create a useful treatment for patients suffering from meniscal injuries and would advance the science of tissue engineering. The insertion of meniscus into bone includes a transitional area that is made up of four distinct regions: ligament, uncalcified fibrocartilage, calcified fibrocartilage, and bone. 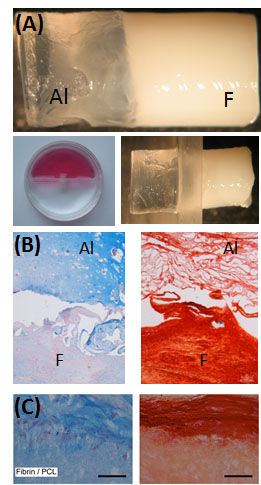 The current plan for this research project involves applying biochemical and biomechanical cues to cells seeded on a polymer scaffold to create a graded interface that recapitulates the ligament to fibrocartilage to bone meniscal insertion found in the knee joint. Biological and mechanical cues will be varied along the length of a construct to result in a gradation of properties. Scaffolds will be created using the process of electrospinning, which involves using an electric field to create polymer nanofibers. The scaffold will be electrospun from polycaprolactone, a biocompatible polymer that has been shown to promote the growth and differentiation of seeded mesenchymal stem cells. Once a reliable and repeatable scaffold fabrication method has been developed mesenchymal stem cells will be seeded onto the scaffold as precursors to the ligament, fibrocartilage, and bone regions of meniscal insertions. A novel custom-designed bioreactor will be used to applying mechanical loads that simulate the loads experienced by meniscal entheses in the body. Specific loading regimes will aid in the differentiation of mesenchymal stem cells. Ultimately the completed constructs will be implanted into animal subjects to assess compatibility and viability.

The fabrication of a biocompatible polymer scaffold with a ligament to fibrocartilage to bone gradation that mimics the cellular structure and mechanical function of the native meniscus to bone attachment will be a major step forward in the field of tissue engineering. As the aging population of the United States grows larger and knee trauma remains a pervasive injury for a large segment of the population it will become increasingly important to develop adequate treatments for joint injuries. This project will be used in conjunction with current tissue engineered meniscal constructs and will be translatable to other similar interfaces in the body to provide a viable treatment for knee and joint trauma and improve tissue engineering techniques.

Left: (A) Bi-layered (alginate and fibrin) hydrogels. Constructs were placed into a 2-chamber culture system and stimulated with TGF-β3 (alginate side) or CTGF (fibrin side) for 3 weeks. ‘F’ – Fibrin, ‘Al’ – Alginate. (B) Alcain Blue staining to assess sGAG content and picro-sirius red staining to assess collagen distribution. MSCs maintain a more spherical morphology in alginate hydrogels, while they adopt a more elongated morphology and synthesize greater amounts of collagen in the fibrin hydrogel. (C) Experiments were also undertaken to examine interdigitation of fibrin and PCL. Scale bars = 50 um. 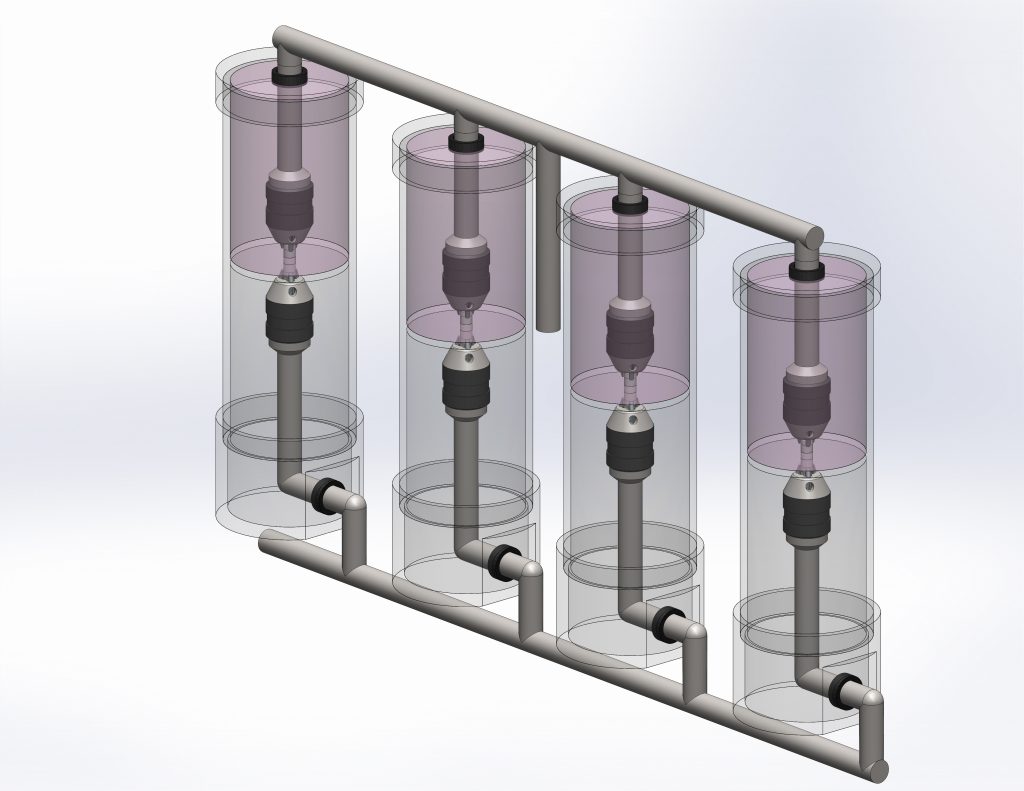