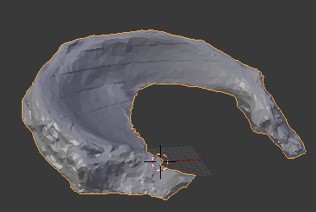 This project is a collaboration with Dr. Travis Bailey at Colorado State University.

The menisci are one of the most frequently injured soft tissues of the knee and can effect both young healthy populations as well as elderly populations. Due to their primarily avasucular nature once damaged, depending on location, the menisci have limited or no healing capacity. The menisci distribute approximately 60 percent of the load through the knee joint and are necessary to maintaining healthy joint function. Clinically there are limited approaches to correcting for meniscal damage. Very few replacement technologies are available due to the complexity of the tissue structure and unique material properties, and simply removing the damage portion of the tissue, known as a menisectomy, has been shown to lead to early onset of osteoarthritis. 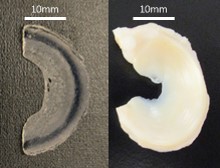 We are currently employing a thermoplastic elastomer technique to create a polystyrene polyethylene oxide block co-polymer hydrogel that exhibits viscoelastic properties and high fatigue resistance. The unique processing of this material creates trillions of flexibly tethered spherical domains per milligram polymer compared to more traditional hydrogels which rely on solution based crosslinking.

The inert construct would serve as a permanent replacement rather than a tissue engineered scaffold. We are tuning this hydrogel to have similar compression properties as native human tissue, as well as working with incorporation of hyaluronan as a secondary network and fibers to create anisotropy and a means for anchoring the construct into the underlying tibial plateau. With the use of 3D printing technologies we are working to create patient specific molds allowing for greater control over shape and fit ultimately lending to a more functional replacement. These constructs will be implanted into a ovine model to assess load distribution as well as long term stability and were before being used in a full in vivo ovine study which will allow us to monitor not only the response of the construct but the surrounding tissues over a longer period of time. 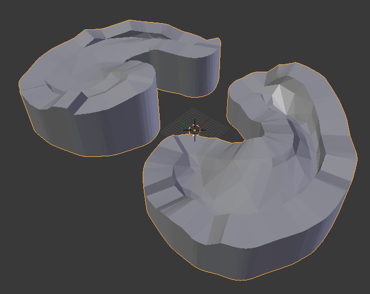 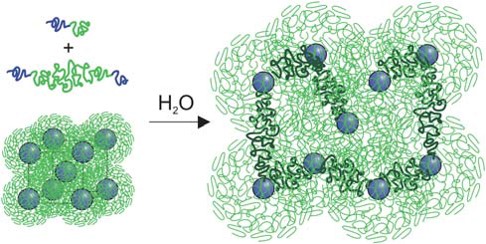 Three-dimensional rendering of model and schematic of gel chemistry.