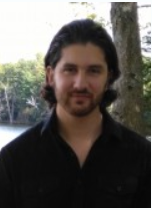 The UMass campus is home to many groups that invite people to discuss and take action on major issues facing human society. A deeper appreciation for these very useful resources is gained after one graduates, as I did in 2012. Since then, I’ve been researching and writing about how we can transform society to maintain a livable climate, and found Talking Truth while looking to reconnect with campus. The group is a great example of these many useful campus resources—one students should check out.

I was able to attend two meetings this past academic year, one in which participants talked about how we’re working towards a more sustainable lifestyle and the other a brief discussion of the “hinge decade” we’re living through, in which major social changes must take place to avoid catastrophic climate change.

Something that stood out to me about the first event was how many people view sustainability in an apolitical light. When asked to describe our efforts to advance sustainability, the responses almost entirely described personal lifestyle changes rather than efforts towards systemic social change. I believe this view is representative of the public’s understanding of sustainability, and it’s something I think we must reverse. Large-scale, systemic problems like climate change require large-scale, systemic solutions. I believe that we must change the economic institutions that force society to consume beyond sustainable limits and the cultural institutions that encourage us to see ourselves primarily as passive consumers rather than democratic citizens. While individuals can make more sustainable consumption choices in their personal life without becoming an activist, societal changes like those demanded by our big sustainability problems inevitably entail political struggle. Ordinary people must join together and build enough power to deeply reshape society against the opposition of elites whose financial interests are linked to its present structure. In wealthy countries like ours, overconsumption is the rule. We’re taught to think that our role in society is narrow, that personally consuming less is our only option. We can strive individually to be the exception, but we must not seek to change the rule. In that sense, the most important lifestyle change is transforming from someone not looking to actively shape society into a person working with others to do exactly that. A society marked by such an active public would be a true democracy, and only a thoroughly democratic society has a chance of becoming a sustainable society.

The “hinge decade” event presented participants with a few short clips from Kathleen Dean Moore, a philosophy professor who describes social change through the metaphor of a river she was observing. Imagining the immense issues and injustices we face as the river’s current, she said that as individuals contribute their energy to a movement they are casting stones to obstruct the flow. The metaphor illustrates the fact that each of us has something to contribute, and that when combining everyone’s effort major goals can be accomplished. She also noticed that obstructions seemed to reverse the current in certain spots, and suggested that enough obstruction could turn the river against itself. However, it seems to me that this is only part of the story. The stones represent activist resistance, which today is growing, but what is largely absent is a concrete vision of a democratic, sustainable society. Moore recognizes that our economy, which promotes infinite extraction, undermines our capacity to survive and must be fundamentally changed. But transformation does not follow automatically from obstruction. We build an alternative vision by reflecting on the principles that should undergird a just society, working to understand how our present society fails to live up to these principles, and doing the research to understand how we could transform our social institutions to embody these principles. As we block the current, a concrete vision of a sustainable economy and culture allows us to reverse it.

Talking Truth brings people together to share their thoughts and fears about climate change. By doing so, it reminds us that the problem is real. It’s very easy in our society to be blinded to the issues of survival that we face, because they are sparsely covered in school and the media. When these issues are mentioned, the coverage tends to promote fatalism (i.e. nothing can be done) or techno-utopianism (i.e. technology alone will save us), and conveys no sense that ordinary people, organized and empowered with a vision for change, are the only force capable of solving them. Year after year, surveys by Yale’s Program on Climate Change Communication show that more than half of Americans rarely or never discuss climate change. Our perception of reality is socially constructed to a significant extent—if we don’t hear about climate change in the media, if we don’t think about it every day, if we don’t take responsibility for discussing it with others, it is easy to act as if it’s not real. And while many other groups on campus enable students to get involved in various sustainability projects and causes, Talking Truth is oriented towards thinking more deeply about climate change. This can lead to a fuller understanding of the issue and generate new pathways for action, which is essential to effective activism. Let’s affirm reality and start shaping it—check out Talking Truth before you graduate.