Performing a basic hypothesis test for your project

Let us consider an example, manager of a pipe manufacturing facility must ensure that the diameters of its pipes equal 5cm. The manager follows the basic steps for doing a hypothesis test.

You should determine the criteria for the test and the required sample size before you collect the data.

First, the manager formulates the hypotheses. The null hypothesis is: The population mean of all the pipes is equal to 5 cm. Formally, this is written as: H0: μ = 5

Then, the manager chooses from the following alternative hypotheses:

Because they need to ensure that the pipes are not larger or smaller than 5 cm, the manager chooses the two-sided alternative hypothesis, which states that the population mean of all the pipes is not equal to 5 cm. Formally, this is written as H1: μ ≠ 5

They collect a sample of pipes and measure their diameters.

After they perform the hypothesis test, the manager obtains a p-value of 0.004. The p-value is less than the significance level of 0.05.

The manager rejects the null hypothesis and concludes that the mean pipe diameter of all pipes is not equal to 5cm. 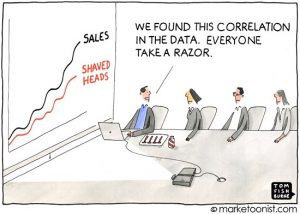