The DOJ, Department of Justice, through an Inspector General’s report, throws shade today on the operations of the FBI under Comey especially, and in the form of wannabee Deep State officers in the bureau itself. Consider the irony of a Russian-tainted operator in the form of an octarian (octogenarian)–W.E.B. Du Bois the anti-nuclear peace activist being arrested, put in cuffs by police officers, and prosecuted by DOJ attorneys over six decades ago. 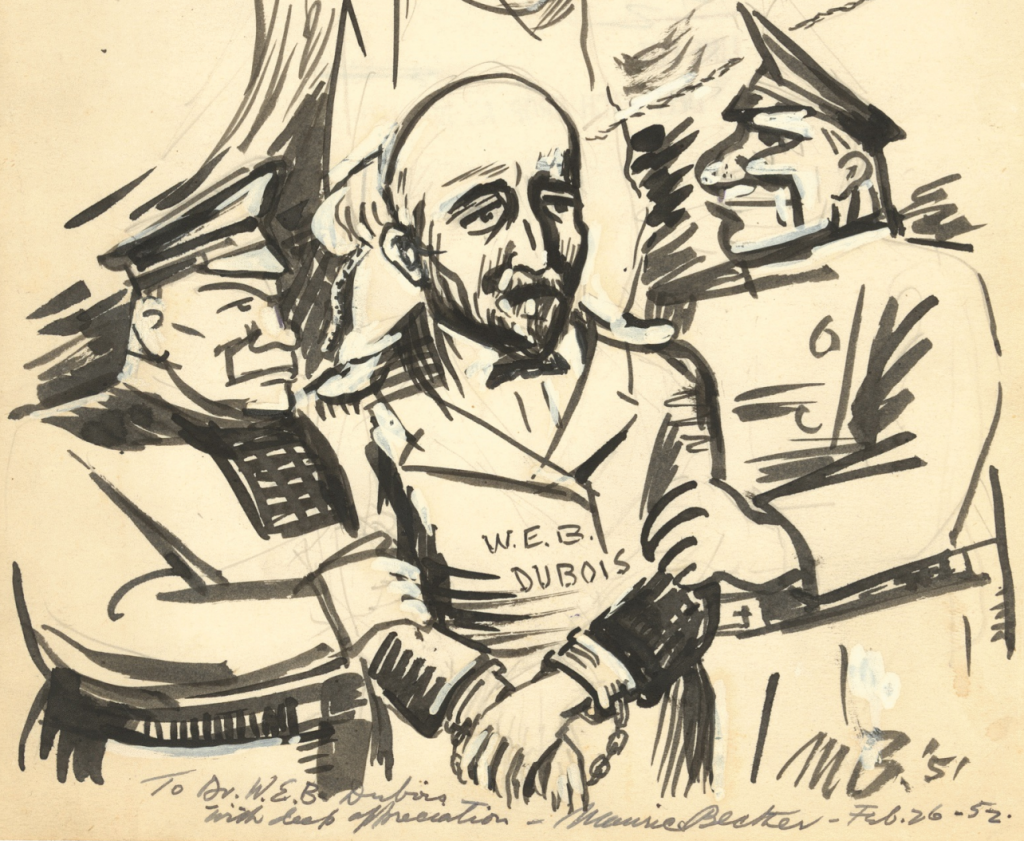 The DOJ filed charges against Du Bois, who briefly chaired the Peace Information Center, on February 9, 1951. Together with Elizabeth Moos, Kyrle Elkin, and clerical worker, Sylvia Soloff, Du Bois the radical intellectual faced the case U.S. v. Peace Information Center, et al. wherein the Deep State alleged Du Bois and his comrades had acted as agents of the World Peace Council, and thus for the Soviet Union itself. Du Bois and his partner Shirley Graham give their account  of the episode in the book–

Anti-communism, anti-red, anti-Russia, against the Asians, Walls Up against the Mexicans and LatinX herman@s, Hands Up, Don’t Shoot the black African n-words, no, no, no, negation after negation.

The only response is to act with nia, with the purpose we repurpose as The Accra Appeal:

“We demand the outlawing of atomic weapons as instruments of intimidation and mass murder of peoples. We demand strict international control to enforce this measure.

“We believe that any government which first uses atomic weapons against any other country whatsoever will be committing a crime against humanity and should be dealt with as a war criminal.

“We call on all men and women of good will throughout the world to sign this appeal.”

From where the bones of Du Bois commingle within African earth, we challenge and create the space for peace. The bare existence of nuclear weapons and potential military use is unacceptable to the future of humanity.

“Let all be one and one vast will Cry: Stop, Halt, Hold!” WEBD

IN BATTLE FOR PEACE 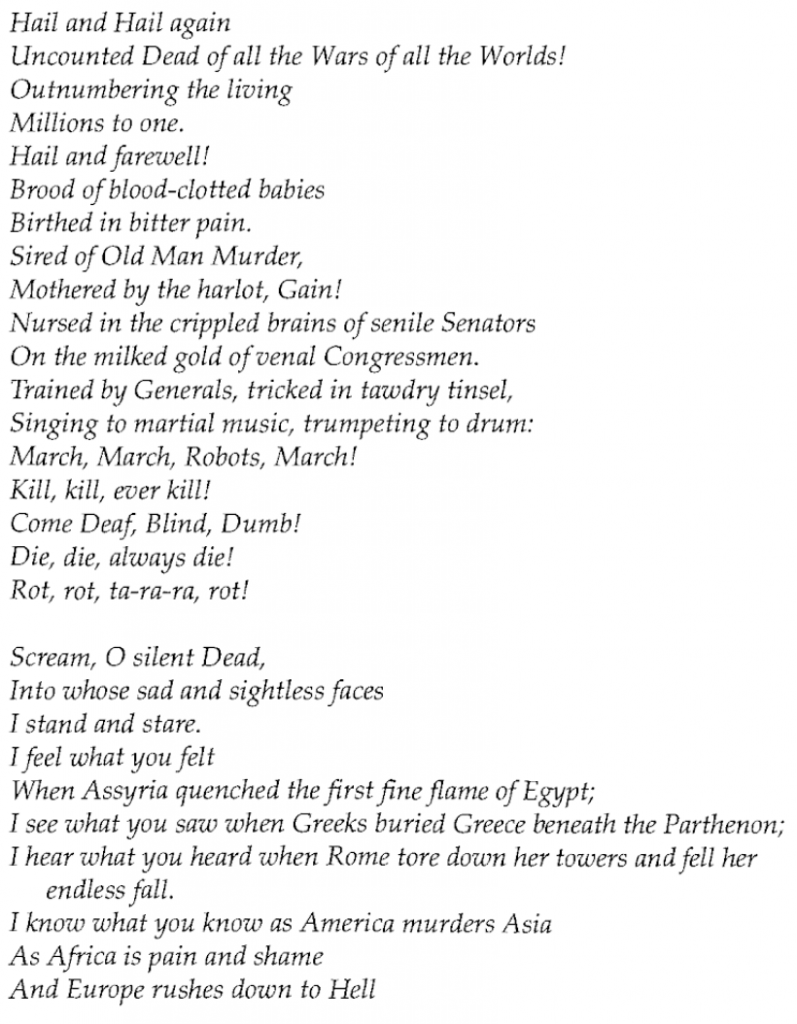 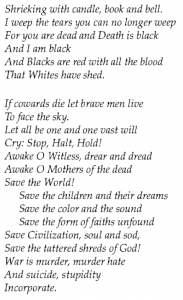