WELCOME TO THE 2013 JUNETEENTH JAMBOREE
COMMUNITY BLOCK PARTY IN THE PIONEER VALLEY!

Juneteenth observes the June 19th, 1865, proclamation of the abolition of slavery in Texas. It celebrates freedom for people of all backgrounds, with a focus on its meaning for today’s youth. 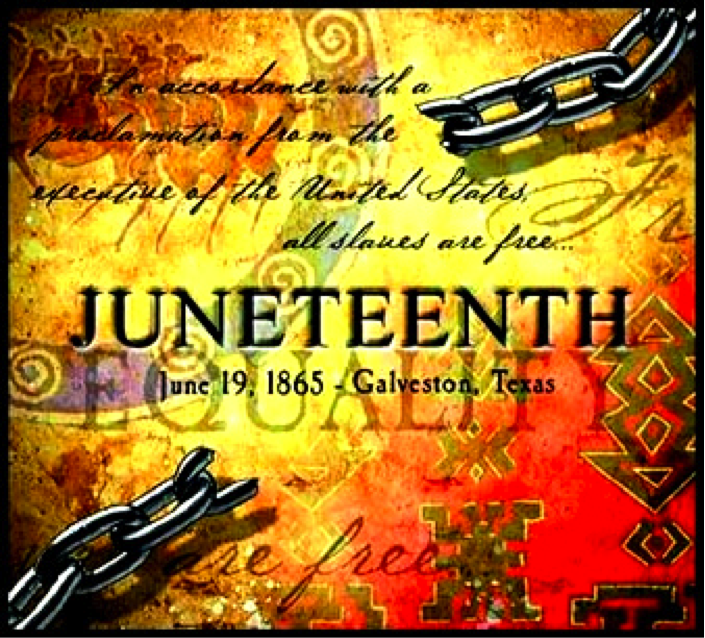 All proceeds raised will benefit The Youth Action Coalition: youthactioncoalition.org

This event is organized by the Sankofa Coalition which is made up of many organizations and individuals working together, including:

Portions of the various event will be videotaped for airing on Amherst Media and on the web.

Speakers and Other youth performances on historical and current struggles

7PM:  Invite help with task force to clean up the Commons to be out before 8 pm.

The actual Juneteenth proclamation went along these lines:

The people are informed that, in accordance with a proclamation from the Executive of the United States, all slaves are free. This involves an absolute equality of personal rights and rights of property, between former masters and slaves, and the connection heretofore existing between them, becomes that between employer and hired labor. — The Freedmen are advised to remain at their present homes, and work for wages. They are informed that they will not be allowed to collect at military posts; and that they will not be supported in idleness either there or elsewhere. By order of Major General Granger

Thus, the Emancipation Proclamation’s effective date of January 1, 1863, nor the end of the Civil War on April 9, 1865, mark the official end of African American enslavement in the U.S. It was June 19, 1865, when the end of slavery was enforced in Texas. Of course, the Thirteenth Amendment, effective December 1865, abolished slavery throughout the entire United States, including the Border states and the Indian territories. Juneteenth is celebrated with the conviction that slavery was abolished only when it was abolished for all.