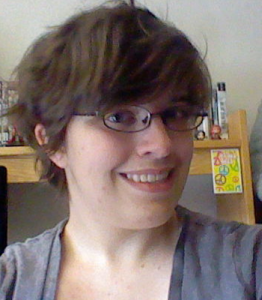 Citation is not necessary to point out that there is a clear and well-defined inequality between males and females. All you have to do is look around, look at the society we live in and you can see the clear dividing lines of what is “socially acceptable” for men and women, or what is made available for and directed towards the two genders. While there are many examples of this occurring each and every day, one specific example caught my eye, showing how men and women are treated differently in regards to media as well, even at a very young age.

I am talking about the cartoon, Young Justice,  that aired on the Cartoon Network  until just recently. At first, the cancellation only drew dismayed reactions from fans, but outrage grew online when Paul Dini, a writer and television producer for Warner and D.C. comics, was interviewed by Kevin Smith via Smodcast. Dini’s interview revealed the horrifying truth behind the cancellation. The reasons for show cancellations described by Dini appalled persons everywhere: “They’re all for boys, ‘we do not want the girls’….’We do not want girls watching this show. Girls buy different toys [than action figures].” (Smith 2013) Of course, both Dini and Smith were appalled by this revelation. Smith himself becomes enraged  at this information, claiming that the fault lies in the toy manufacturers who do not produce toys for girls, when woman make up “51% of the population!” (Smith 2013)

However, the problem continues to go much deeper due to this need to make money, affecting the writers themselves and the writing involved in female characters, because despite all of this, of course shows meant for male audiences have to include women. So  when prompted, Dini spoke about another show that was cancelled for the same reason. He explains why, in references to writing and characters: “…that’s the thing that got us cancelled on [other produced show]…’we need boys, but we need girls right there, right one step behind the boys’ – this is the network talking – ‘one step behind the boys, not as smart as the boys, not as interesting as the boys, but right there’.”(Smith 2013) The implications of the quote are frightening, as it is directly stated that the producers of a show aimed at young children think that their female characters have to be “not as smart” or “interesting” as the male characters. Dini goes even further to describe what happened when the writers made the female characters interesting:

“…we had families and girls watching, and girls really became a part of our audience…but the Cartoon Network was saying…’no, we want the boys’ action, it’s boys’ action, this goofy boy humor we’ve [got to] get that in there’…I’d say look at the numbers, we’ve got parents watching…[the executives at Cartoon Network say] ‘we’ve got too many girls, we need more boys.’ And that’s why they cancelled us…’We don’t want girls because the girls won’t buy toys….Boys buy the little spinny tops, they buy the action figures, girls buy princesses, we’re not selling princesses.” (Smith 2013)

This quote in itself not only shows that cartoon producers allegedly do not wish to add any interesting females, simply for the fact of not having women watching. An especially provocative statement is at the end however, when the producers state that children’s toys pertain to specific genders. Now, beyond the fact that, if this statement indeed proves true, the producers could just make dolls from their show’s characters, they are also implying that they do not need to make these toys because there are already toys for girls. Therefore also implying that since there are princess shows for girls, cartoon producers do not need to include female characters and can discriminate their audiences because they produces shows specifically for female audiences. Furthermore, these shows are about the “princesses” only, the “damsels in distress”, where they are saved by a strong male character even in shows designed for girls.

The subtleties of programming shows or writing characters to fit into gendered norms is an example of “benevolent sexism”.  Before explaining the not-so-subtlety of benevolent sexism, first let me explain the obvious form. Hostile sexism is “an adversarial view of gender relations in which women are perceived as seeking to control men, whether through sexuality or feminist ideology.” (Glick and Fiske 2001) This form of sexism is categorized as violent and obstructive. Benevolent sexism is less obvious and more complicated: “…This term recognizes that some forms of sexism, are, for the perpetrator, subjectively benevolent, characterizing women as pure creatures who ought to be protected, supported…implies that they are weak and best suited for conventional gender roles.” (Glick and Fiske 2001) And thus the “…traits of deference that…place a person in a subordinate, less powerful, position” (Glick and Fiske 2001) are prevalent without the use of violence.

Benevolent sexism relates to the dichotomy present in shows by assigning traditional “knight-princess” roles to young children. Benevolent sexism is simply a complement to hostile sexism, that “helps to pacify women’s resistance to societal gender norms.” (Smith, 2013) By setting up this pacifistic dichotomy at a young age, children grow up without realizing that they were forced into the roles of “boys play with action figures and girls play with dolls”, and “blue is for boys and pink is for girls”. All of this occurs through benevolent sexism, and since it is not openly hostile, it has gone under the radar, and gives executive producers, such as the producers of Young Justice, an excuse for cancelling shows that are not supposed to be popular with girls, because it allows men to “maintain a positive self-image as protectors” (Glick and Fiske 2001) for the “not as smart” (Smith 2013) women who are watching the show about boys.

Looking at this through an anthropological lens, it is not nearly as surprising that this kind of dichotomy exists. It is still beyond frustrating, but not nearly as surprising. Sexism is not only a much-discussed topic in nearly all of my anthropology classes, but the patriarchal view that is taken is examined closely in a Historical Archaeology course I am currently in, in which the first class has us examine the quote: “Born of the same cultural traditions that bred racism and disdain for the working class, this patriarchy encompassed both the ideology and practices that saw men ‘dominate, oppress, and exploit women” (Delle, Mrozowski and Paynter 2000). This quote has led many a discussion, and has become a centerpiece for my courses this semester. The fact that this idea was put together by the now disdained ‘old, white man’, gives me hope that one day this unsurprising trend of sexism can come to an end through hard work.