This exhibit will present materials recovered from the University of Massachusetts Amherst excavation site, an aristocratic Etruscan settlement of the 8th though 6th centuries BCE. Unlike most Etruscan sites, which are known mainly through their cemeteries, Poggio Civitate preserves evidence of a range of different types of monumental architecture dating to this pivotal period in Etruscan cultural development. Over many years of excavation, a number of different types of inscribed objects have been recovered from the various buildings.

The First Words exhibit will present this critical body of evidence for literacy for the first time. These fragmentary texts represent the earliest known body of evidence for literacy among the indigenous populations of Italy recovered from social rather than funerary spaces. The archeological context not only provides the essential texts, but also a deeper appreciation of the manner in which evidence from Poggio Civitate helps us understand the social, political and economic forces that drive the adaptation of literacy.

A companion catalog accompanies the exhibit. It presents images of the various inscribed objects, some of which are exquisitely wrought in ceramic and ivory, along with popularly accessible summaries of research on the objects and their inscriptions. The catalog also serves as a synopsis of the scholarly research reflected in the exhibit and will be available at the Murlo Archaeological Museum as well as through the College of Humanities and Fine Arts at the University of Massachusetts Amherst.

First Words will be on view during the months of July and August, 2013, at the Murlo Archaeological Museum. The official opening of the exhibit is scheduled for Sunday, July 7. 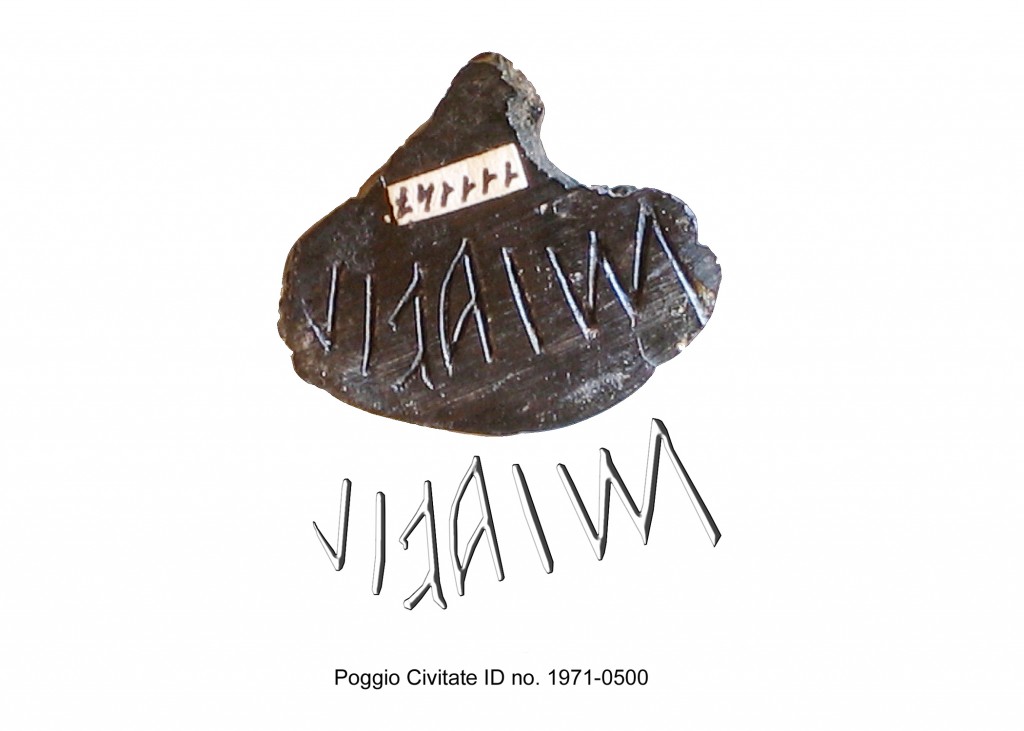