On display in the Museo Archeologico di Sarteano are artifacts recovered from tomb 16 of the necropolis of the Pianacce during the 2007 excavation season. Among them is an inscribed buccheroid plate (see photograph) dated to the 2nd half of the 6th century BCE.

The inscription is incised in sinistroverse direction without punctuation on the curved surface of the underside of the plate:

The fact that the inscription is incised on a curved surface accounts for the rather crude shape of some of the letterforms. In addition, the scribe has made several errors. The iota of the first person pronoun mi is missing. The vertical bar of iota appears to have been mistaken for the vertical of lambda. The scribe aimed for a serpentine sigma, but was unable to execute the tail at the bottom of the letter, presumably due to the difficulty of incising on the curved surface. The error was corrected by adding an oblique bar at the bottom.

There are in addition several interesting paleographical features.

The alphabet is the northern type, so sigma stands for a palatal sibilant. The personal name, lariś, is pronounced as /lariʃ/. The family name, riertu, does not appear to be a native formation. It is heretofore unattested. 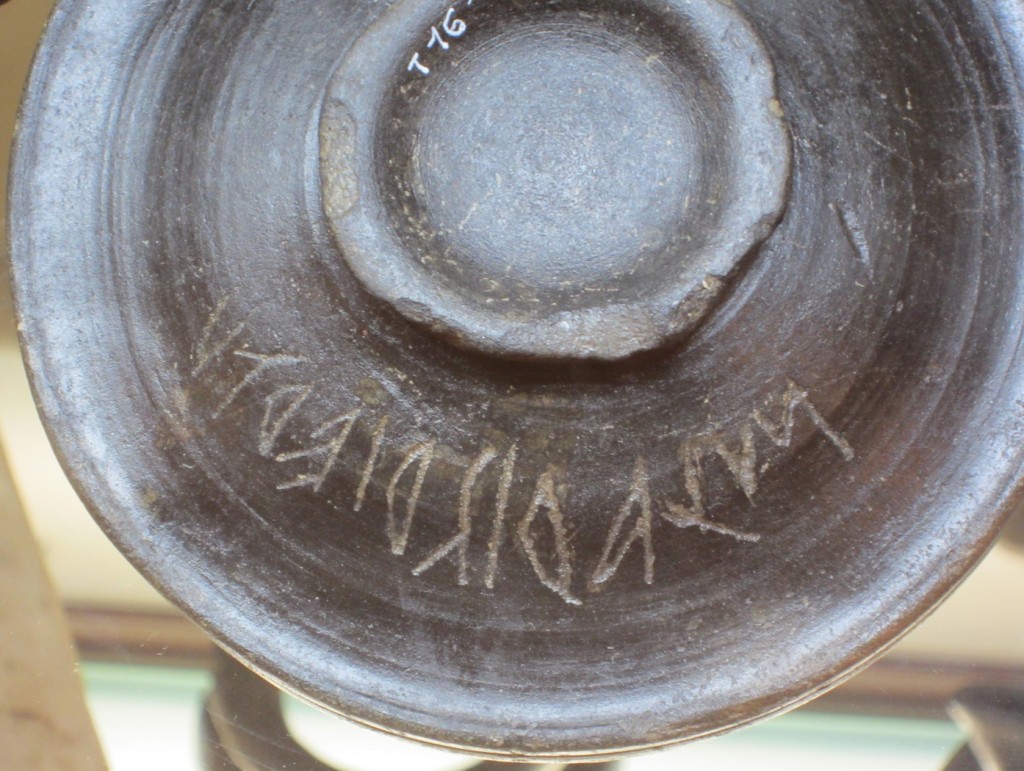