Many systems of current interest — such as quasicrystals, twisted bilayer graphene, and cold atoms in bichromatic laser potentials — are inhomogeneous, but with quasiperiodic rather than random modulation of the couplings. Quasiperiodic patterns are deterministic and have long-range spatial correlations: thus the central limiting arguments that describe random critical points fail in the quasiperiodic case. The study of such quasiperiodic systems is in its infancy: how is quantum criticality modified in the presence of quasiperiodic modulations? What is the nature of the many-body localization transition in quasiperiodic potentials? Can quasiperiodic systems host new topological phenomena and lead to novel dynamical phases of matter? Can quasiperiodically-driven systems host new dynamical phases of matter with no equilibrium counterparts? I have been working recently on these questions, as well as on the non-equilibrium dynamics of quasi-periodically driven quantum systems.

I worked on the localization properties of a quantum particle subject to Ohmic dissipation, moving in a bichromatic quasiperiodic potential. In a periodic potential the particle undergoes a zero-temperature localization-delocalization transition as dissipation strength is decreased. We showed that the delocalized phase is absent in the quasiperiodic case, even when the deviation from periodicity is infinitesimal. More recently, we studied the quantum critical behavior of quasiperiodic spin chains. We found that that for a wide class of spin chains, generic quasiperiodic modulations flow to discrete sequences under a real-space renormalization group transformation. This observation allowed for an asymptotically exact treatment of the quasiperiodic quantum critical points. We also found similar “infinite quasiperiodicity” quantum critical points in two dimensions. We’ve also been studying the quasiperiodic MBL transition in 1d numerically by focusing on local integrals of motion, finding surprising results and strong finite-size effects; and in higher-dimension focusing on whether “avalanches” destabilizing MBL can get started in such systems. 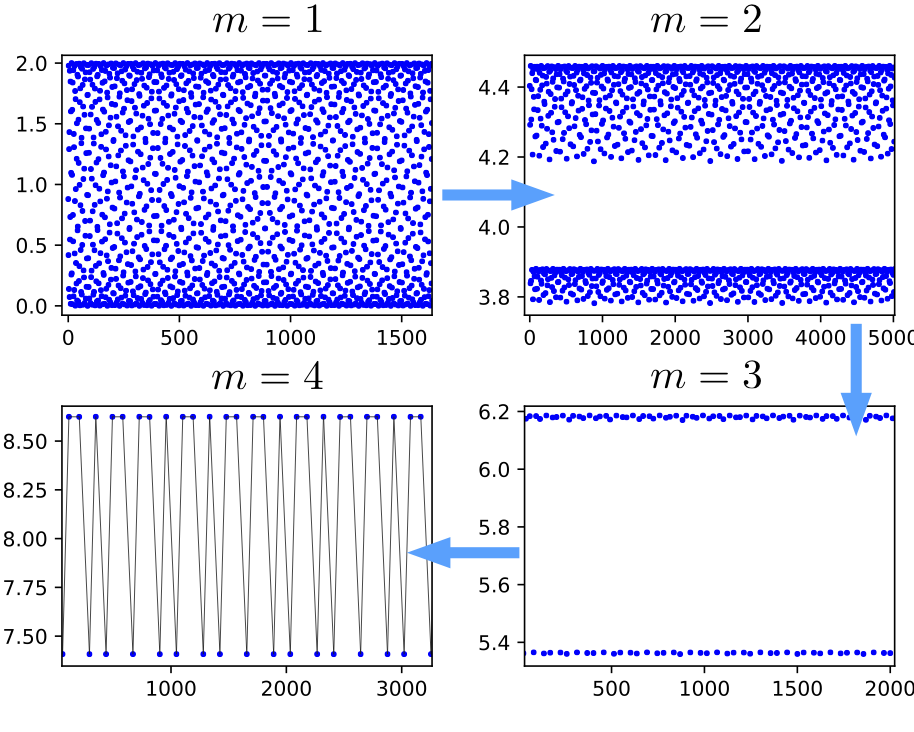 We studied the dynamics of disordered interacting spin chains subject to a quasiperiodic time-dependent drive, corresponding to a stroboscopic Fibonacci sequence of two 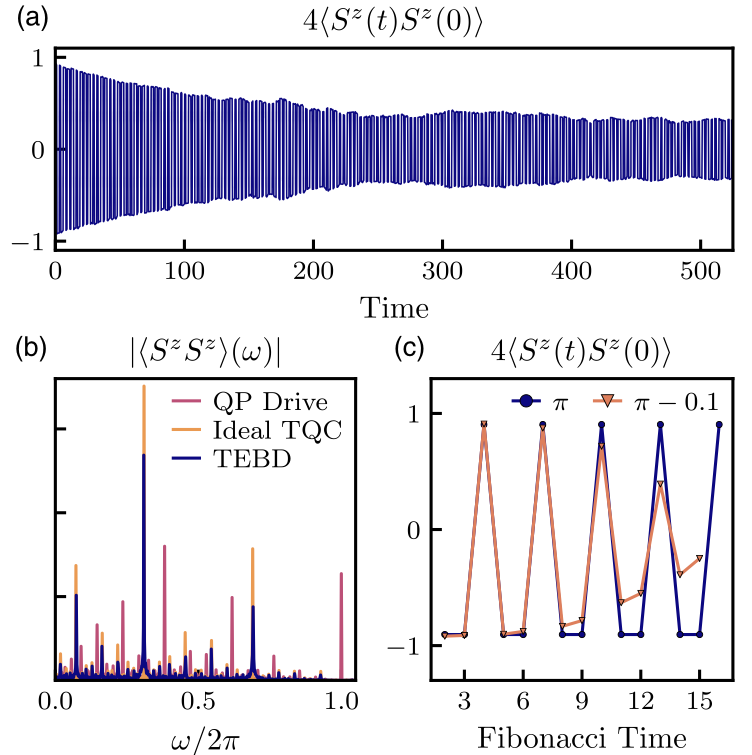 distinct Hamiltonians. We found that after an initial transient, the system exhibits a long-lived glassy regime characterized by a logarithmically slow growth of entanglement and decay of correlations. Ultimately, at long time scales, which diverge exponentially for weak or rapid drives, the system thermalizes to infinite temperature. The slow relaxation enables metastable dynamical phases, exemplified by a “time quasicrystal” in which spins exhibit persistent oscillations with a distinct quasiperiodic pattern from that of the drive. Recently, we constructed an example of a 1d quasiperiodically driven spin chain whose edge states can coherently store quantum information, protected by a combination of localization, dynamics, and topology. In a sharp departure from topological phases in static and periodically driven (Floquet) spin chains, this model does not rely upon microscopic symmetry protection: Instead, the edge states are protected purely by emergent dynamical symmetries. We realized this phase experimentally in a trapper-ion based quantum simulator in collaboration with the quantinuum team.