The brightest galaxies in the Universe

My current principal research focus is a multi-wavelength study of superbly luminous submillimeter galaxies (SMGs) at high redshift, 1 < z < 4.  By examining SMGs that are strongly gravitationally lensed by an intervening cluster or galaxy, one can recover details of the structure of gas and dust distributions and star formation activity at physical scales of 10 – 100 parsecs. This spatial resolution is currently unreachable for existing technologies without the aid of a “cosmic lens.” Through spectral line observations, kinematical properties of the distant source can be derived, helping to illuminate what drives their intense star formation.

Reconstructing source-plane structure from the observed image distorted by lensing is far from a trivial task. This significant challenge has led to the advancement of state-of-the-art techniques for modeling isolated galaxy lenses and cluster lenses (see e.g. multiple recent studies based on ALMA observations of SDP.81, Tamura et al. 2015; Rybak et al. 2015).

These submillimeter galaxies have been found with overwhelming frequency to be spectacular gravitational lenses, even near-complete Einstein rings (see our recent press release from June 2017)! Their intrinsic brightness from rapid star formation (on the order of 10,000 solar masses per year) combined with the amplifying effect of gravitational lensing places them amongst the ranks of the most luminous galaxies known at this time. We intend to investigate what drives this massive efficiency in forming stars.

Stay tuned for updates to come…

I have been continuing to study Faraday rotation in a sample of galaxies from CHANG-ES (Continuum Halos in Nearby Galaxies– an EVLA Survey), an international collaboration that utilizes the updated Very Large Array in Socorro, NM.

Linearly polarized light (produced most commonly as synchrotron radiation) has a characteristic position angle. When the light travels through a magnetized plasma, this intrinsic polarization orientation is altered, in what is known as the Faraday effect.

Stated simply, linear polarization can be represented as a superposition of right-hand and left-hand circular polarization, which have slightly disparate indices of refraction in the magnetized medium. In turn, the plane of polarization is rotated by an amount proportional to the wavelength squared (λ2). The corresponding constant of proportionality is usually known as the rotation measure, or RM.

The spectral dependence of rotation measures grants us with a unique opportunity to probe magnetic fields. Of course, for a meaningful detection, we require a sufficiently large bandwidth. It is for this reason that the radio regime is necessary for this study. Moreover, the new capabilities of the Expanded VLA (also termed the Jansky VLA) allow for an unmatched level of precision– at least until the advent of the Square Kilometer Array, which will fundamentally revolutionize the study of Faraday rotation and, in broader terms, our understanding of cosmic magnetism itself. 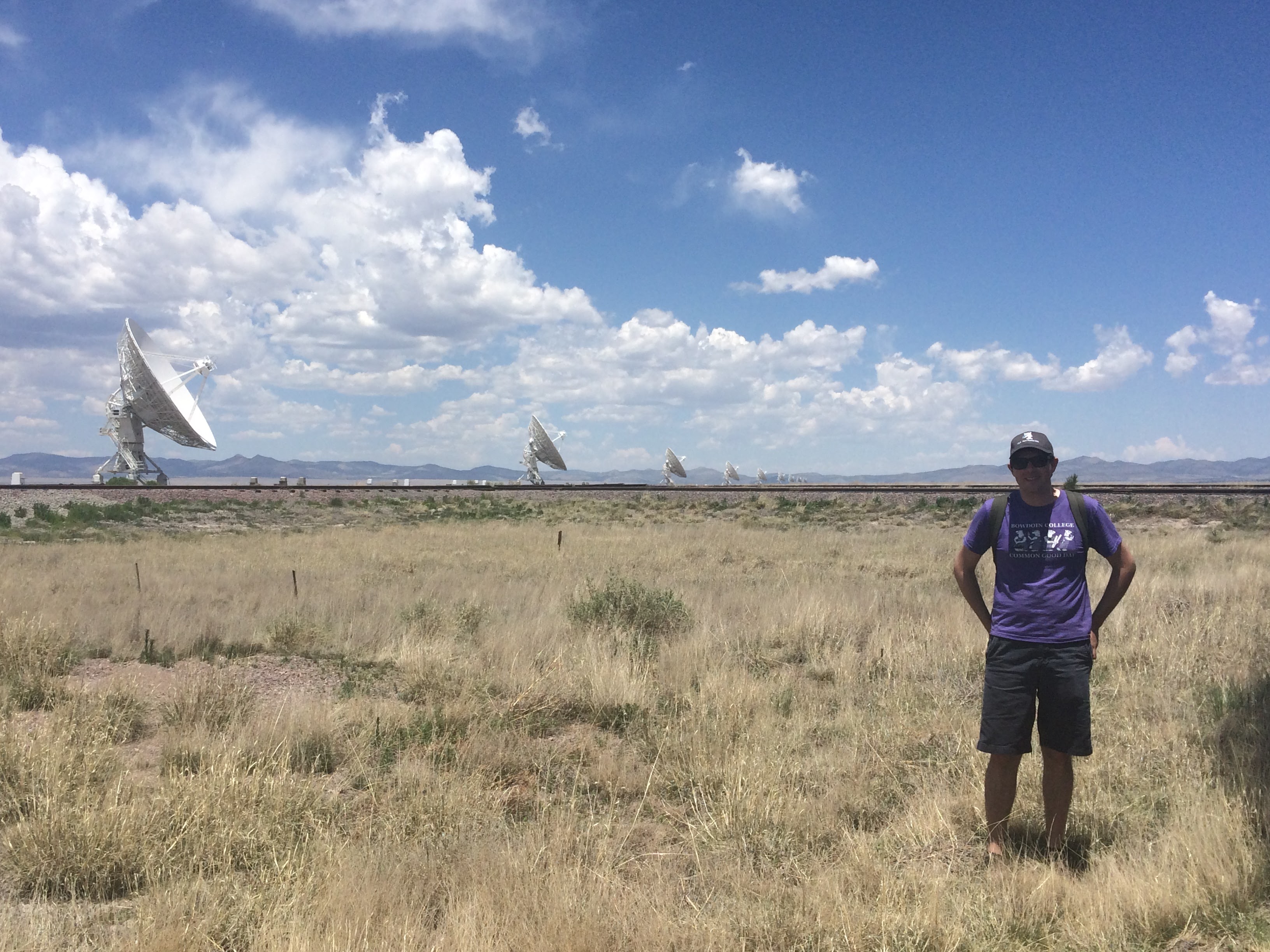 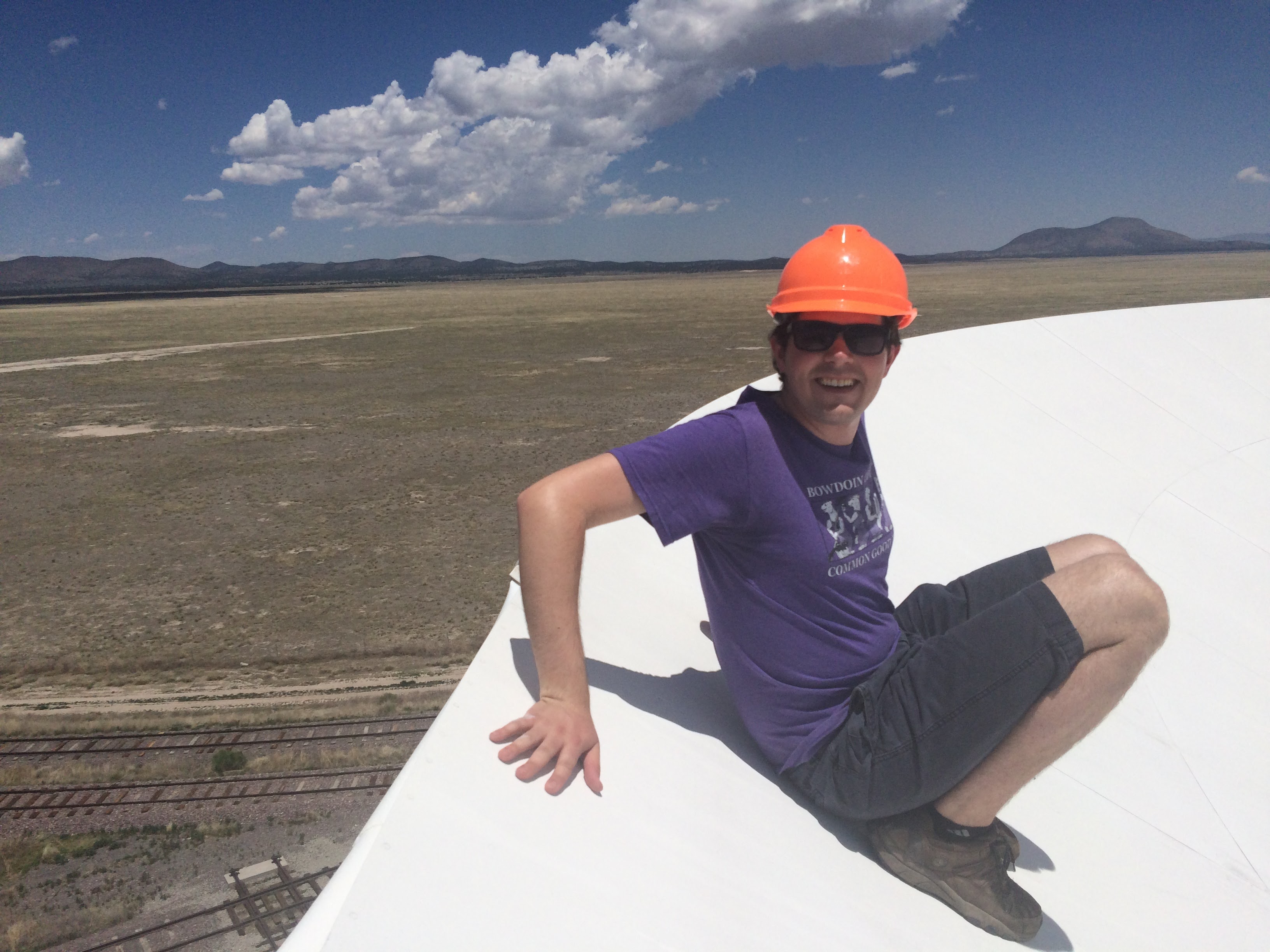 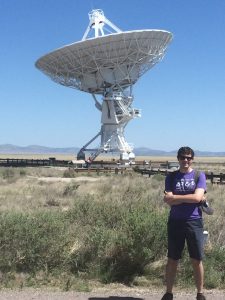