From Eric Bakovic
Following the lead of others reported here on Phonolist, I gathered questioner gender data at NAPhC 9 held earlier this month. Stephanie Shih was generous enough to generate the color-coded report based on the data that you see here. 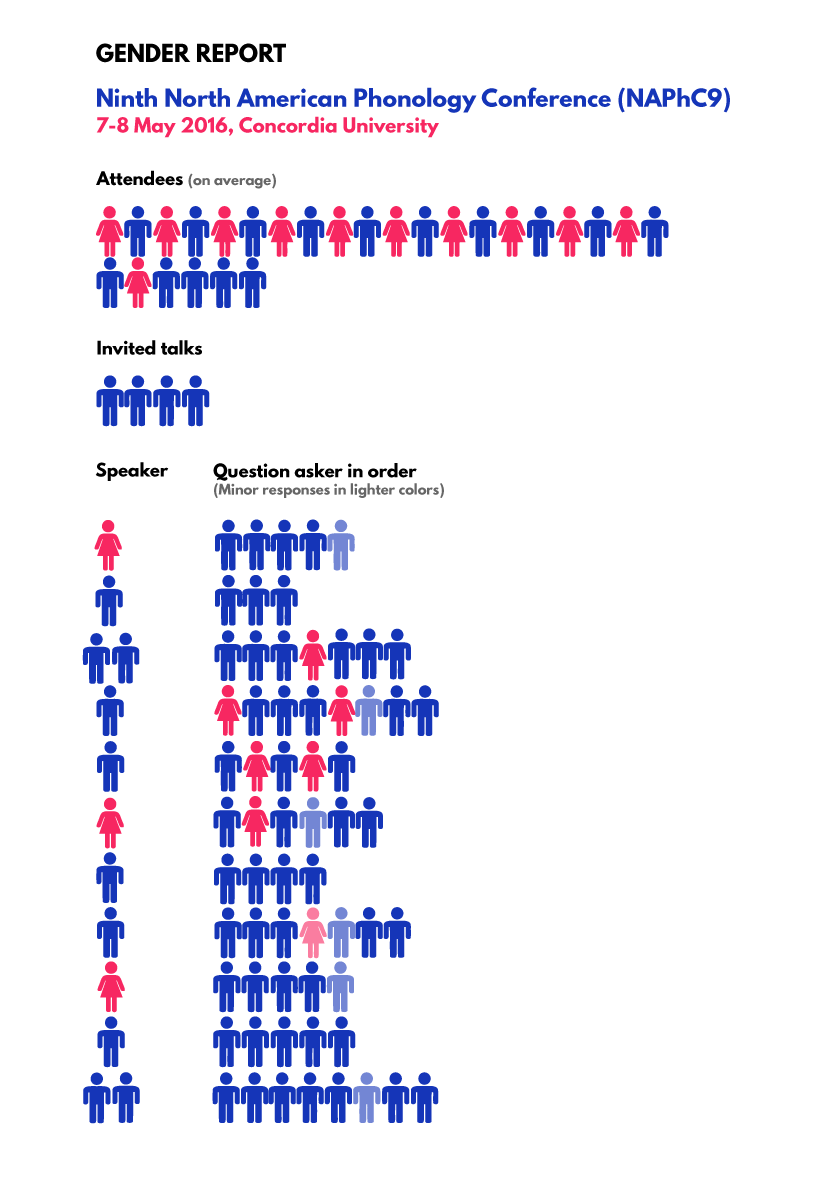 I’m also copying the “raw” data below because I kept track of a few additional variables. I counted the number of males (M) and females (F) in the room during each session, which didn’t vary hugely but did vary some. I also placed integers after questioner labels (F1, M2, etc.) to keep track of repeat questioners within a single question period. Finally, if a particular question resulted in an exchange among audience members, I labeled it like so: F1 (& M2), meaning that M2 added something to the discussion of F1’s question. (Stephanie used lighter color shading to indicate this last variable.)

I didn’t pay very close attention to attendee status (prof/postdoc/grad/undergrad), but there was definitely some skewing there, too. There was only one female senior prof in attendance at any point, and only on the first day; by contrast, there were 6 total relatively senior male profs in attendance (one came only for the morning of the first day, and another came only for the afternoon of the second day). There was one junior female prof and there were two junior male profs. The rest was a mix of postdocs, grads, and undergrads; I don’t know the exact breakdown, but I’d say there were more female undergrads than male undergrads and that otherwise it was close to half and half.