Responsibility for the growth of the science of physics moved from Greek physicists to Middle Eastern physicists and Western European philosophers. Greek culture stagnated and intelligent thought began to shift to the Middle East. Western Europe contributed little significant thought to the field of physics before the Scientific Revolution later on, as the West became consumed with religious thought and Scholasticism. This post will cover the scientific contributions of Middle Eastern scientist and polymath Alhazen, as well as the ideas of Western European philosophers and theologians.

Alhazen is arguably the greatest of all of the medieval scientists, at least of the Arabic scientists. Alhazen was often called “Ptolemy the Second,” or, in medieval Western Europe, “The Physicist.” He is most well-known for his contributions to the science of optics, along with physical science and the further development of the scientific method. His most well-known and greatest work is his seven-volume Book of Optics. It had a great influence on scientists for a good time to come, including Johannes Kepler. 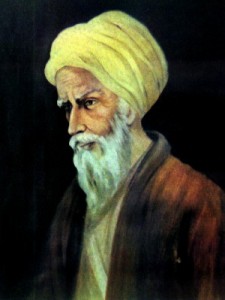 The most important and influential theory this work dealt with was the intromission theory of vision, which was also suggested by Aristotle. The dominant theory, however, was the extramission, or emission, theory, purported by Ptolemy, and by Euclid in his Optica. The emission theory of vision was that vision was caused by light emitted from the eyes. Alhazen, however, suggested with experimental evidence in his Book of Optics that vision was actually caused by rays of light entering the eyes, or the intromission theory which is dominant today. Today, of course, we know that light is transmitted through photons which are emitted by a light source, reflected by visible objects, and picked up by a detector like the eye. His argument against emission theory was that rays from our eyes could not reach distant stars the moment we open our eyes, and therefore we wouldn’t be able to immediately see them like we can. Alhazen also pointed out that eyes could be dazzled by looking directly at a very bright light, which likely wouldn’t happen if the eyes emitted rays in order to see.

Not only did Alhazen also prove that rays of light travel in straight lines, he explained the effect of a pinhole camera. This is the effect where an entire image is projected through an aperture, rather than just what can be seen by looking directly through the aperture. Alhazen showed this by being the first to project an entire outdoor image to a screen indoors using a “camera obscura,” which is a room or box with a hole in one side. This aperture allows the light of the surroundings to pass through and be projected onto a screen on the inside.

Alhazen also contributed significantly to the development of the modern scientific method, because he relied on experimentation and controlled testing to explore his scientific inquiries. He was also one of the first scientists to apply mathematics to his theories and experiments. This was a critical inclusion, as it shaped the logical direction of modern science for centuries to come.

Western philosophers became aware again of the works of the Ancients through translations from Arabic to Latin. Earlier, Greek works had been translated to Arabic. This translation allowed the proliferation of Ancient thought throughout the Western world. Ancient philosophy which did not conflict with Christian theology was once again relevant and widely discussed. Where Ancient philosophy did not conflict with Christian theology, the two were reconciled to create the Scholastic school. Especially important to Western European scholasticism were the ideas of Aristotle, which formed the basis of Western philosophy for centuries to come. This embracement of the ideas of Aristotle over Plato marked a revolution in the ideas of Christianity, because, prior to Scholastics such as Saint Thomas Aquinas, Plato was the favored Ancient Greek philosopher of Christianity.

An important medieval physical theory was the theory of impetus. The theory of impetus was based on Aristotelian dynamics, and was introduced in the sixth century by John Philoponus. It was a precursor to modern knowledge of inertia. Initially, it attempted to explain motion against gravity. Philoponus’s theory was that an object can gain forced motion through violent action but that this impressed motion is only temporary and that “natural motion” (gravity) will again take hold. In the fourteenth century, Jean Buridan gave the name impetus to the theory. He also gave the theory the mathematical formula impetus = weight x velocity. His theory was actually very similar to modern ideas of momentum. Buridan made sure to apply his theories to Christianity, as he considered his idea an extension of Aristotle’s theories but was dissatisfied with their lack of Christian ideology. During the Renaissance and the later Scientific Revolution, experimentation would come to form modern ideas of inertia. It is important to note that Asian philosophers BCE formed very accurate ideas of inertia long before any Western philosophers or scientists did. For example, the Mojing stated that “The cessation of motion is due to the opposing force…If there is no opposing force…the motion will never stop. This is as true as that an ox is not a horse.” 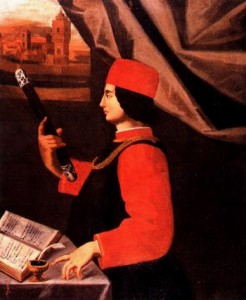 The medieval era was one of slowed intellectual progress, especially in the sciences. However, following the medieval era many of the greatest intellectual minds came to fruition in the Renaissance. These included Galileo, Copernicus, and Kepler. In the next post, the ideas of these scientists will be discussed. Finally, the ideas of Isaac Newton, the last great Renaissance scientist, will be discussed, concluding our journey from the Greeks to the Renaissance.

For a list of sources, or for further reading, see the sources page.