With the creation of the automobile, we have been able to go from vehicles that rely on steam power (Cugnot Steam Trolley, 1769), to ones that run on gasoline (like the ones commonly used today), and are now moving towards hybrid vehicles. The question is though, what exactly is a hybrid vehicle? Is it one that runs on electricity? Is it one that runs on batteries? Or is it a combination of both? With a greater need for new energy sources, economically efficient vehicles, and rising gas prices, many hope that hybrid car technology is the ultimate solution.

Despite prior attempts to introduce hybrid cars to the market, sales of vehicles with this technology took off in 2004, thanks to the Toyota Prius II, one of Toyota’s best selling vehicles. With the Prius II, consumers had the advantage of using both gas and electricity in their vehicles. The gas engine produced 76 horsepower while the electric motor produced 67 horsepower, nearly equivalent, and a combined milage achievement of 65MPH.

Today, most hybrid cars utilize the same technology, using an electric motor/gas engine. By doing so, the energy from gasoline could be used to power a battery, capacitor  or directly power the engine, while the electric motor is used to drive the wheel. Alternatively, in “parallel” and “power split” hybrid vehicles, an engine and an electric motor share the work of driving the wheel. “Plug-in” vehicles store energy in lithium-ion battery packs by plugging the vehicle into an outlet, allowing for an increase in overall energy storage capacity. Generally, electric vehicles relies on energy from batteries to power the wheel, while in gasoline vehicles, gas is used to power the wheel. Although the process used by electric vehicles is much more efficient than that of gasoline vehicles, hybrid cars are more efficient because the minimize waste. For example, most hybrid cars use a technology that sends left-over energy back to the battery pack and show real-time gas milage, allowing for drivers to drive at an optimal speed to reduce their costs. 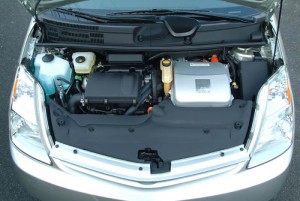 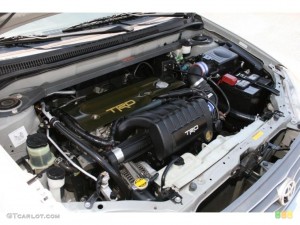 Let’s go deeper and look directly at how this technology really works. There are five steps to making a vehicle a hybrid, or “hybridization”. The first is idle-off capability. Like lights that automatically turn on or off based on usage, this feature allows the gasoline engine to be shut off when not in use, but turn back on  and be ready to go by the time your foot is on the gas pedal. This is accomplished through the use of an electric motor garnering more than 100 volts. Similarly, conventional engines accomplish the same through the use of a 12 or 42 volt motor, although it isn’t as efficient. The second technology used is regenerative braking, mentioned in the previous paragraph. When a car accelerates, it builds kinetic energy. In conventional vehicles, when a vehicle slows down, the friction of mechanical brakes is used, turning the energy into hot brakes, therefore throwing it away. In hybrid vehicles, an electric motor aids the vehicle by recovering some the kinetic energy and converting it to electricity that can be stored in the battery and used at a later time, therefore reducing/eliminating waste. Third is power assist and engine downsizing. A hybrid vehicle utilizes both a gasoline engine and an electric motor, using the motor to supplement the engine to help accelerate the vehicle and slow it down. With a large enough motor and battery pack, the demands on the gasoline engine are reduced, allowing for the use of a smaller engine, while maintaining similar or greater performance. All hybrid vehicles use this technology, as it allows for greater efficiency and greatly reduces waste. Next is an electric-only drive setting. This technology allows the vehicle to drive using only the electric motor and battery, creating a full advantage from the electric side of the system. Through use of this, when starting up a Toyota Prius, the vehicle is so quiet it’s hard to realize it’s even on. Only the battery system is operating the car rather than the rumble of a combustion engine. This also allows the vehicle to operate the engine only when it’s reached optimal efficiency (Battery and electricity at low speeds, engine at high speeds). The final technology used is extended battery-electric range. This extends the use of the electric motor by recharging it from an energy source, such as a “plug-in”. Through the use of this, vehicles can run on battery-electric power for nearly 60 miles, improving environmental standards and performance. The downside to this though, is that a larger motor and battery pack is required to maintain good performance as well as sufficient electric range. (See below for a descriptive diagram)

(Above is a chart by General Motors further demonstrating the steps a hybrid-car uses to increase efficiency.)

Isn’t this amazing? Why haven’t we implemented this technology in all vehicles? Through the use of this technology, we are able to create new standards in the automobile industry. This would reduce the cost of production as it would be commonly utilized and at the same time achieve new environmental feats, a win-win for both sides! Follow me, as we next look at the different types of hybrid vehicles.