Lessons from Learning and Teaching with Educational Technologies
The Computing Department, The Open University, Milton-Keynes, UK (May 31, 2012). 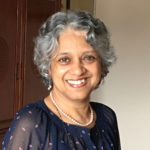