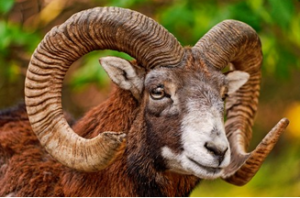 Plants and animals are very much like us humans; they are not immortal and therefore after a specific point in their life, will cease to exist for future generations. We need to ask ourselves if we want our grandchildren and their children to be deprived of the spectacular creatures and plants that have contributed to our lives and the biosphere. There is a continuously increasing number of animal and plant species that are becoming endangered around the world. Studies report that nearly 10,000 species go extinct every year (WWF, 2013). The Javan rhinoceros (Rhinoceros sondaicus) is the most endangered of the world’s five rhinoceros species, and is a prime example of a species who may not exist in the future. There is only an estimated 40-60 animals remaining in Indonesia, due to poaching for their horn which is used to make Asian folk medicines (Guernsey, 2013). Even though this species is protected, it may not have a large-enough breeding population to prevent the species from going extinct (Guernsey, 2013). The Amur Leopard is a critically endangered species native to southern Russia (WWF, 2013). There are only around 30 of these solitary cats left in the entire world, due to hunters illegally invading their habitat and killing them for their beautifully spotted fur that they sell for only $500-$1,000 (WWF, 2013). Hundreds of endangered species, like the Javan rhinoceros and the Amur leopard, around the world will continue to disappear if change is not implemented. END_OF_DOCUMENT_TOKEN_TO_BE_REPLACED