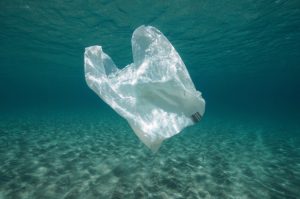 A recent study found that 92% of Americans over the age of 6 test positive for plastic-based chemicals in their bodies (Jackson, 2015). This shocking statistic is due to the tremendous amount of plastic litter introduced into the natural environment from humans improperly disposing of their plastic materials. END_OF_DOCUMENT_TOKEN_TO_BE_REPLACED 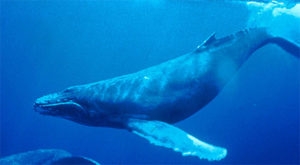 The North Atlantic Right whale was almost hunted to extinction throughout the 17th to early 20th century. Biologist estimated that whalers hunted and removed 5,500 North Atlantic Right whales from the ocean due to high need for oil and baleen (Szabo, 2018). A single right whale yields 1,386 gallons of oil plus 647 pounds of baleen which was used for women’s corsets, buggy whips, and umbrella ribs (Ocean Portal Team, 2018;National Marine Mammal Laboratory, n.d.). In 1946, the International Whaling Convention (IWC) saw it fit to establish management to oversee the whaling industry globally. Even with regulations in place, this species was declining at a rapid speed.  Due to that immense decline, in 1986 the IWC banned whaling indefinitely which remains in effect today except for Japan and Norway who have never recognized the ban (Fitzmaurice, M., 1946). The United States enacted their own laws for the protection of marine mammals by passing a law, the Marine Mammal Protection Act (MMPA), in 1972 forbidding the killing, hunting, injuring or harassing of any species of marine mammals. In the following year Congress then passed the Endangered Species Act (ESA), a law protecting endangered species, both threatened or in danger of extinction as well as those that are likely to become endangered within the foreseeable future, using the same parameters as the MMPA, for any species listed on the endangered species list (The Marine Mammal Center, 2019;Lang, 2002;The Marine Mammal Center, 2019). The North Atlantic Right whale is also protected in the Convention on International Trade in Endangered Species (CITES) appendix I which is enforced by the United Nations (National Oceanic and Atmospheric Administration [NOAA], n.d.). CITES, protects the North Atlantic Right whale from international trade between countries involved in the United Nations as an endangered species (Convention on International Trade in Endangered Species [CITES], n.d.). Thankfully due to this legislation we saved the North Atlantic Right whale from extinction, but their population is estimated at only 300-350 individuals which still categorizes them as an endangered species because there is less than 2,500 mature adults (World Wildlife Federation [WWF], 2019;Endangered Species Categories and Criteria, 2012). We now have to protect this species from a new threat, seismic airgun arrays. END_OF_DOCUMENT_TOKEN_TO_BE_REPLACED

As the United States have developed and technology has grown, our planet has become caught in the crossfire, making it necessary to take it upon ourselves to protect different species from extinction. Programs funded by the federal government have sprung up in the hopes of mitigating these losses. The Marine Mammal Act cost each American taxpayers a penny to fund 3.4 million dollars in 2017 (Safina, 2018) and through this act, they have prevented the death of millions of marine mammals from oil drilling, mining, seismic blasting and fishing bycatch (Safina, 2018). Most of these problems have a straightforward and direct negative impact on marine life. However, many people are unaware of the damage that seismic surveys have on marine life. END_OF_DOCUMENT_TOKEN_TO_BE_REPLACED