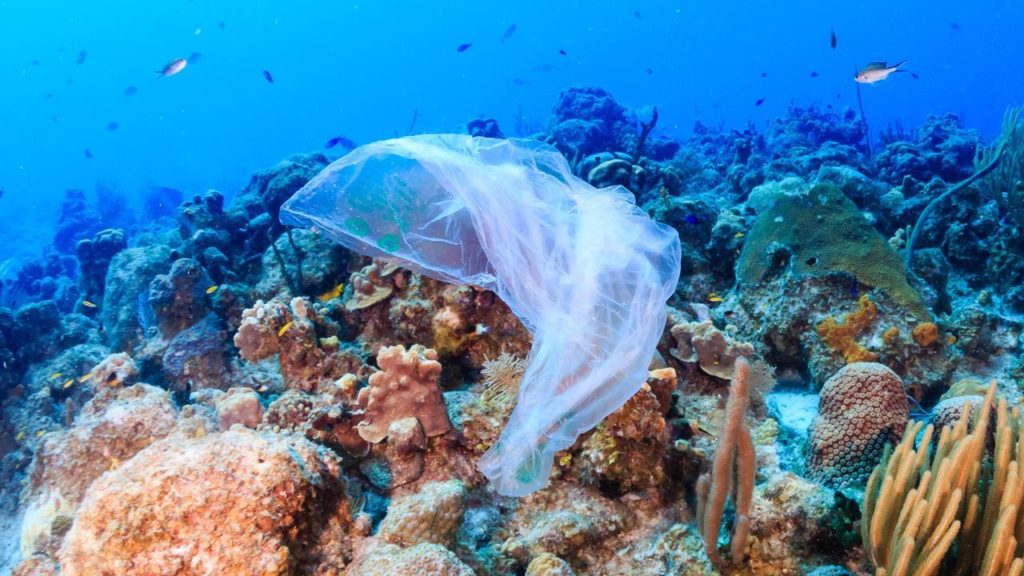 Plastic pollution in our oceans

Located halfway between California and Hawaii, is the Great Pacific Garbage Patch. It is the largest aggregation of plastic in the world. At 1.6 million square kilometers, it is double the size of Texas and made up of over 1.8 trillion pieces of plastic weighing over 80,000 metric tonnes. With data showing the patch is growing exponentially, it is unlikely the plastic is going to go away by itself (The Ocean Cleanup, 2019). Plastic bags pose a threat to biodiversity in the ocean. Over 200 different species are harmed by plastic pollution in the ocean and 100,000 marine animals are killed by plastic bags annually (Richards, 2008). The loss or reduction of these species can lead to a cascading effect that can affect the entire trophic web if not dealt with. If we do not take action regarding plastic pollution, the Great Pacific Garbage Patch and other garbage patches around the world will continue to grow until our entire oceans are littered with plastic, and by then it will be too late.