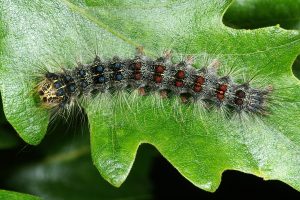 The year is 1868, and a French scientist by the name of Leopold Trouvelot has just accidentally released an organism that will ruthlessly defoliate trees of Massachusetts forests in the years to come (DEEP, 2018). This disastrous creature is none other that the Gypsy moth; a species of moth which has been living and thriving in European and Asian ecosystems for thousands of years (Libehold, 2018).  It took this moth ten years prior to establishment to reach a population level that was sizable enough to notice (Libehold, 2018). Within 100 years, this moth had spread from the point of origin in Boston to areas all throughout the northeast coast, into the great lake states, and even into further northern areas such as Quebec and Ontario (DEEP, 2018). This rapid expansion was fueled by the vast amount of plant species the moth is able to feed upon and the limited predator it had.   END_OF_DOCUMENT_TOKEN_TO_BE_REPLACED