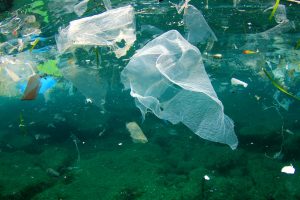 Single Use Plastics are causing damage to marine life as well as human lives.

From the outside looking in, it is quite easy to overlook the catastrophic damage that single-use plastics are causing to not only marine life, but human beings as well. Furthermore, we tend to forget that, as humans, we are reliant upon the oceans that surround us for survival, and it is the responsibility of human beings to protect these oceans to the best of their ability. That being said, it is important to educate ourselves and those around us in terms of the severity of this particular problem along with how to combat it. One particular study that attempted to do so involved the examination of a group of 256 women at Massachusetts General Hospital Fertility Center from 2004 to 2014 during their medically assisted reproduction process. During this study, the researchers measured the different levels of concentration of 11 phthalate metabolites in the women’s urine around the approximate time of conception. For those that are unaware, phthalates are a group of chemicals used in order to produce plastics that are more flexible and durable (Centers for Disease Control and Prevention, 2017). The results showed that women who possessed the highest concentrations of phthalates were 60% more at risk of losing their pregnancy prior to 20 weeks than the women with the lowest concentrations (Messerlian et al., 2016). It is important to understand that these phthalates that are appearing in the bodies of humans and causing irreversible, long-life damage are the result of single-use plastics, particularly plastic bags, being irresponsibly released into the oceans where they will break down and be consumed by fish that are later consumed by humans. Therefore, it is vital that humans do everything in their power to combat the issue of pollution that we have created and ultimately caused irreversible and life-altering damage to marine ecosystems and humans. END_OF_DOCUMENT_TOKEN_TO_BE_REPLACED