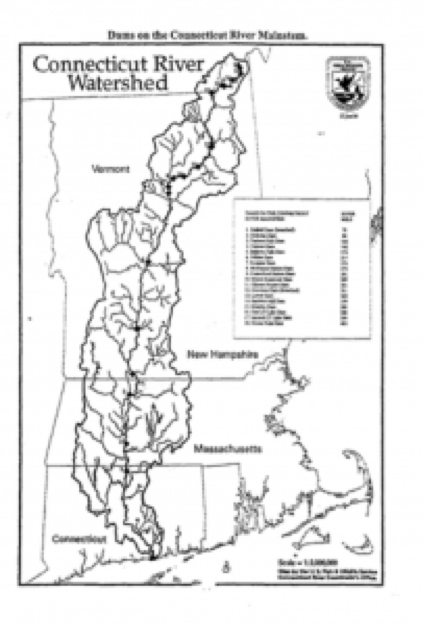 It is an early April morning in northwestern America, and the rising spring sun peeks across the horizon to shine and flicker off the surface of the Columbia River. A small boat with a few occupants glides through the water and an easy silence sits upon them, broken only by short phrases of conversation as they adjust their fishing gear, and the occasional splash. Along the riverbank the water tumbles across rocks and swirls into little currents, but the majority of the water traveling down the center of the wide expanse of river appears almost still, presenting only the smallest of waves and ripples to indicate the current flowing downstream beneath them. From their boat, the fishermen can see a variety of other boats like their own, all outfitted with similar fishing gear. The water they float on forms a reflective surface like a television showing a program about the trees on the riverbank and the clouds in the sky (Angler West TV, 2014). This reflective surface hides a secret; it is the reason these people ventured out in their boat on such a chilly spring morning. They are fishing for spring Chinook salmon, one of four main species of salmon that spawns in the Columbia River (Columbia River Inter-Tribal Fish Commission, 2015). Suddenly the quiet is broken by a flurry of motion as one of the lines goes taut, and the person responsible for this line begins to reel it in. A second person hurries over with a net, and once the fish has been maneuvered to a position alongside the boat, the net is used to scoop it out of the water and into the boat (Angler West TV, 2014).