I am a fifth-year PhD student in Linguistics at the University of Massachusetts Amherst. I am primarily interested in theoretical and experimental approaches to argument structure; in particular, I focus on questions about how verbs’ and their arguments’ meanings relate to the syntactic structures they occur in.

Currently, I am investigating the processing of filler-gap dependencies with transitive and intransitive verbs, as well as with subject and object experiencer verbs, using eye-tracking while reading and self-paced reading measures. I am also collaborating with Shota Momma to investigate the planning of verbs and long-distance dependencies in spoken and written sentence production.

Recently, I have done experimental work on the English dative alternation, and formal work on the syntax and semantics of adjectival passives, as well as on an aspectual (eventive/stative) alternation shared by object experiencer, location, and govern-type verbs, which I argue is a kind of double-object causative-inchoative alternation. I have also collaborated with Rong Yin on the syntax and semantics of argument and adjunct coordination in Spanish.

My dissertation (in progress) investigates what argument structure alternations tell us about the typology of verbal predicates and the syntax/lexicon/semantics interface. In particular, it focuses on previously understudied non-agentive uses of spray/load and fill verbs, which reveal puzzles and apparent paradoxes in how their event structures are syntactically composed. 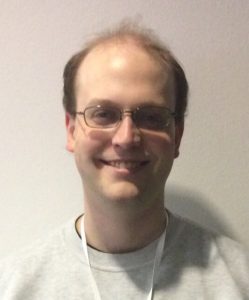