Kimberly Juanita Brown is Assistant Professor of English and Africana Studies at Mount Holyoke College.  Her research gathers at the intersection of contemporary black diasporic literature, critical race theory and visual culture studies.  Her book The Repeating Body: Slavery’s Visual Resonance in the Contemporary (Duke University Press) examines contemporary representations of slavery that emphasize the repetition of black women’s corporeal practices in the aftermath of the event of slavery. She is currently at work on a second project examining images of the dead on the cover of the New York Times in 1994.  Tentatively titled Their Dead Among Us: Photography, Melancholy, and The Politics of the Visual, her second project explores the photographic dispossession of the body of the other and the patterns of exclusion engendered by these ocular practices. She is obsessed with photography. 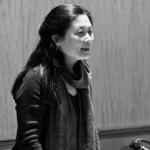 Lisa Lowe is Professor of English and American Studies at Tufts University, and a member of the consortium of Studies in Race, Colonialism, and Diaspora. Prior to joining Tufts in 2012, she taught at the University of California, San Diego, where she served as chair of the Literature Department. She is a scholar of comparative literature, whose work focuses on literatures and cultures of encounter that emerge from histories of colonialism, immigration, and globalization. She is the author of Critical Terrains: French and British Orientalisms (1991), Immigrant Acts: On Asian American Cultural Politics (1996), and The Intimacies of Four Continents (2015), and the co-editor of The Politics of Culture in the Shadow of Capital (1997). Since 2001, she has co-edited with Jack Halberstam, “Perverse Modernities,” a book series for Duke University Press. In 2016-17, she will direct a Mellon Sawyer Seminar, “Comparative Global Humanities: Colonialisms, Violence, and Conditions for the Human.” 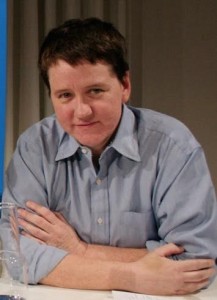 Heather Love is the R. Jean Brownlee Term Associate Professor at the University of Pennsylvania, where she teaches courses in gender and sexuality studies, twentieth-century literature and culture, affect studies, film and visual culture, and critical theory. She has also taught at Harvard University, New York University, and Princeton University. She is the author of Feeling Backward: Loss and the Politics of Queer History (Harvard) and the editor of a special issue of GLQ on Gayle Rubin (“Rethinking Sex”). She is working on projects on description, comparative social stigma, and pedagogy and mentorship in queer studies. In 2015-2016, she is the Topic Director for the Penn Humanities Forum (Topic: “Sex”).

Christina Sharpe is associate professor of English, Women, Gender, and Sexuality Studies and Africana Studies at Tufts University. She is the author of two books: Monstrous Intimacies: Making Post-Slavery Subjects (Duke University Press, 2010) and In the Wake: On Blackness and Being (Duke University Press, Fall 2016). She is currently working on two projects provisionally titled Thinking Juxtapositionally and Refusing Necrotopia.

Don’t Take Your Body to the West:
What an Indian Boy Learns about the West(ern) in the Middle East

How do such narratives echo globally while reinforcing American patters of violence against nonwhite bodies?

Join us for a multimedia performance that challenges and decolonizes deeply embedded tropes of cowboys, Indians, whiteness, masculinity, and gun culture.