Both plays will be presented in Spanish. Admission is free and open to the public. Seating is limited. 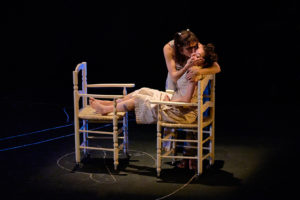 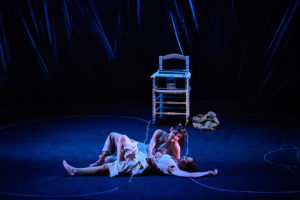 Desde lo invisible came about as a theater research project on intellectual disability. For several months, actors in this show shared experiences with people with disabilities in Madrid. In collaboration with the playwright and the director, they created a text of the play. Desde lo invisible aims at opening doors and overcoming barriers through the juxtaposition of short scenes introducing different conflicts. A pregnant woman wonders whether her son will have a disability; a girl does not understand why her swimming pool is closed; a woman at her first day in a new job; boys and girls with disabilities. Desde lo invisible won the Revelation of the Season Award at the Max Theater Awards (2008). Before the premiere at UMass, it was showcased in Madrid at the Centro Dramático Nacional in May, and will be featured at Teatro Pavón-Kamikaze in October 2018. 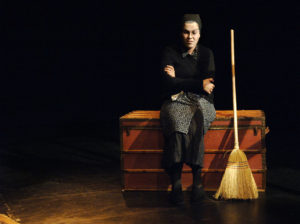 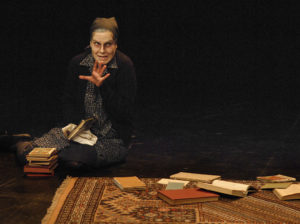 De algún tiempo a esta parte chronicles the harrowing experience of a Jewish woman in the Vienna of 1938, before the onset of World War II. Emma, the protagonist, talks to her dead husband and tells him how she has become a victim and spectator of the changes that have been taking place, while at the same time recalling other happier times with him and their son Samuel. Written in 1939 by the exiled Spanish author Max Aub, De algún tiempo a esta parte is considered one of the best monologues written in the twentieth century. It is a profound denunciation of intolerance and the ideologies that lead to the exclusion of the ‘other.’ Spanish actress and researcher Esther Lázaro has masterfully adapted and played Aub’s monologue in the theaters of Barcelona, Madrid, Mexico City, Paris, and Vienna, among others, and now in Amherst, MA.