“Disappearing Acts: Bringing creative process from the margins to the fore”

This paper deals with modes of seeing and ways of working in contemporary Spanish theatre. It explores the methodologies of talking with actors about the preparation and enactment of a role, of observing rehearsals and discussing the setting up of the sequence of actions that makes up the theatrical performance, and how these interactive collaborations with theatre and film artists can assist in a mapping out of ‘other’ or largely undocumented working practices. Indeed, furthering the dissemination of these methodologies — through published interviews, editorial work, and the programming of film seasons, and other public engagement events, and production reviews, — has allowed it to be tested, assessed and modified elsewhere. It draws on a few select examples – conversations with Nuria Espert on her own practice over the past 60 years; observational work watching the production process of stage directors Calixto Bieito and Lluís Pasqual as each constructs a stage world with their creative and technical team during the rehearsal process. My discussion is framed around broader methodological questions I have drawn on in archival research conducted on the actresses María Guerrero and Margarita Xirgu. Through this framing mechanism, I hope to show how an engagement with practices of enactment has shaped the historical narratives I have constructed on creative practice in Spain through the twentieth and into the twenty-first century, and the ways in which a direct engagement with those who make culture in Spain can assist in understanding how that culture is constructed and consumed.

María M. Delgado is Professor and Director of Research at the Royal Central School of Speech and Drama, University of London. She has published extensively on Twentieth- and Twenty-first-century Spanish theatre, performance and film, focusing on both stage and screen actors and directors. Her most recent book is “Otro” teatro español: Supresión e inscripción en la escena española de los siglos XX y XXI (2017). 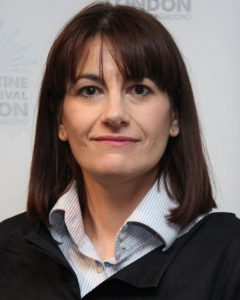