The Department of Linguistics is excited to be welcoming Adriana Belletti and Luigi Rizzi for special talks this Thursday in ILC N400. Titles and abstracts are below. 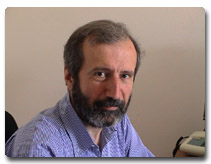 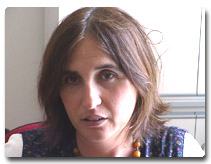 11:30 Adriana Belletti, University of Geneva and University of Siena, ​​​​”Marking Topics in the Left Periphery: Some relevant (comparative) considerations from Italian”

12:30 Luigi Rizzi, University of Geneva and University of Siena, “Cartography and explanation: The role of grammatical and interface principles”

Belletti’s talk is a development of work presented in “On a-Marking of Object Topics in the Italian Left Periphery.” The abstract for that paper: In Italian Clitic Left Dislocated/ClLD structures in which the left dislocated topic is the direct object of the following clause, such object noun phrase may sometimes be introduced by preposition a. The distribution of a-marked direct object topics is severely constrained in standard Italian and, although it shares some properties with the Differential Object Marking/DOM phenomenon, cannot be assimilated to it. The article describes the main distributional and interpretive properties of Italian a-Topics, which overall behave like non- a-marked topics as far are their distribution and their interpretive possibilities are concerned but involve some supplementary feature, such as e.g. affectedness, involvement. It also looks at the phenomenon through the lenses of some recent acquisition results, which show an overextended use of a-Topics by Italian speaking children. a-Marking is a property of the Italian left periphery whereby a can be associated with the topic positions present in the cartography of this area of the clause. In some cases the low topic position in the clause internal vP-periphery can also allow for a-marking, possibly as a step toward a more extended, DOM-type marking of direct objects.

Rizzi abstract. Cartographic research over 20 years or so has uncovered a number of properties of syntactic structures: properties of ordering of elements in the functional sequences, of mutual incompatibility, of freezing, etc. . Such complex properties are not likely to be directly encoded in UG. They are more likely to follow from the interplay of fundamental principles applying at the interfaces between syntax and systems of sound and meaning, or from principles constraining formal syntactic operations.

In this talk I will address the role of

If pursued along these lines, cartographic research, while deepening and systematizing our knowledge of syntactic structures, can be seen as a generator of empirical problems for formal syntax, nourishing the theoretical reflection on syntactic computations and the study of the interfaces.