Intrinsic Dynamics and Toughening Mechanism of Multilayer Graphene upon Microbullet Impact is demonstrated by Wanting Xie and Jae-Hwang Lee.

Penetration of the Strongest Material: An approximately 80 nm thick multilayer graphene membrane was penetrated by a 3.7 um diameter sphere moving at nearly one kilometer per second (illustrated as a red sphere at the same scale of the image).  The great strength and high modulus of the graphene delocalizes the incident kinetic energy over an extensive damage area leading to the outstanding impact energy absorption. 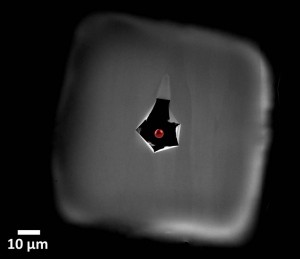 Order in Chaos: A carbon nano-frame film of a diamond-like symmetry is shaped to a cylindrical pillar by removing all area except the circular region using focused ion beam milling. (Lee, Jae-Hwang) 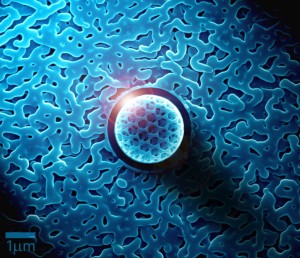 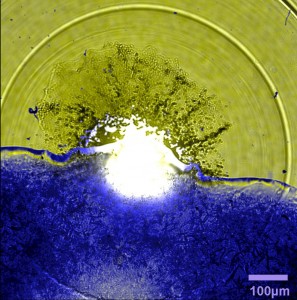 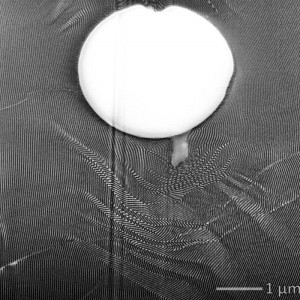