This week’s issue of Nature reports that the octopus genome is almost as large as that of humans, and it contains a greater number of protein coding genes. Neurobiologist Benny Hochner from the Hebrew University of Jerusalem in Israel has studied octopus neurophysiology for 20 years: “It’s important for us to know the genome, because it gives us insights into how the sophisticated cognitive skills of octopuses evolved. Researchers want to understand how the cephalopods, a class of free-floating molluscs, produced a creature that is clever enough to navigate highly complex mazes and open jars filled with tasty crabs.” The video above, which comes with the Nature article, shows (among other things) an octopus opening a jar. Here is a video of our cat Willy doing the same thing: opening a jar with food for him. Willy can also open refrigerators. We had to attach a kids’ lock to our refrigerator to prevent him from robbing our dinner. 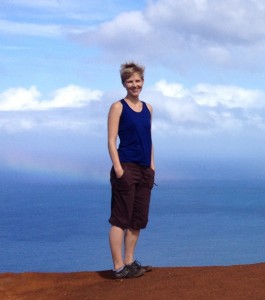 When I read in the February 28, 2014 issue of Science that the neural code for phonetic features had been discovered, I felt that this was a major breakthrough. I also felt, though, that marketing this finding as the discovery of “the neural code that makes us human” was greatly exaggerated. I wished at the time that similar discoveries could be made about semantic features. I did not know then that Jorie Koster-Hale’s dissertation (September 2014) would report precisely those kinds of findings. I think her discoveries are game-changing for all of us who are interested in the semantics and acquisition of attitude ascriptions. The prospect of being able to find the neural code for at least some of the features appearing in the semantic representations of belief ascriptions may profoundly change the way we do semantics. We will be held to much higher standards. For the first time, we may be able to do what – even a few weeks ago – I thought we weren’t yet able to do: relate some of the crucial features of semantic representations to a neural level of representation.

Among other things, Koster-Hale found that epistemic properties of other people’s beliefs are represented via response patterns of neural populations in canonical Theory of Mind regions. These properties relate to the kind of evidence that ground a belief: whether it was good evidence or not, or whether it was visual or auditory evidence. These properties trigger a major distinction in the class of attitude verbs: verbs in the believe family (believe that, suspect that, conjecture that) can be used to report false beliefs, while verbs in the know family (know that, discover that, reveal that, hear that, see that) cannot – those verbs can only describe attitudes that are properly connected to reality. The very same epistemic properties are also known to be grammaticalized in evidential paradigms across languages, as Koster-Hale points out (see Aikhenvald 2004).

Related article in Cognition: “Thinking about seeing: Perceptual sources of knowledge are encoded in the theory of mind brain regions of sighted and blind adults.”