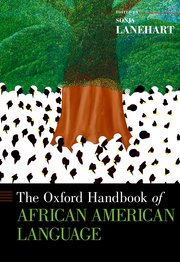 From the Publisher’s description: “The goal of The Oxford Handbook of African American Language is to provide readers with a wide range of analyses of both traditional and contemporary work on language use in African American communities in a broad collective. The Handbook offers a survey of language and its uses in African American communities from a wide range of contexts organized into seven sections: Origins and Historical Perspectives; Lects and Variation; Structure and Description; Child Language Acquisition and Development; Education; Language in Society; and Language and Identity. It is a handbook of research on African American Language (AAL) and, as such, provides a variety of scholarly perspectives that may not align with each other — as is indicative of most scholarly research. The chapters in this book “interact” with one another as contributors frequently refer the reader to further elaboration on and references to related issues and connect their own research to related topics in other chapters within their own sections and the handbook more generally to create dialogue about AAL, thus affirming the need for collaborative thinking about the issues in AAL research.” A selection of chapters: 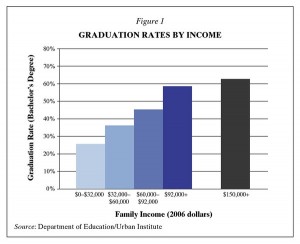 Article by Andrew Delbanco in The New York Review of Books. July 9, 2015.

“Death may be the great equalizer, but Americans have long believed that during this life “the spread of education would do more than all things else to obliterate factitious distinctions in society.” These words come from Horace Mann, whose goal was to establish primary schooling for all children—no small ambition when he announced it in 1848.”

“Perhaps concern for the poor has shriveled not only among policymakers but in the broader public. Perhaps in our time of focus on the wealthy elite and the shrinking middle class, there is a diminished general will to regard poor Americans as worthy of what are sometimes called “the blessings of American life”—among which the right to education has always been high if not paramount.” 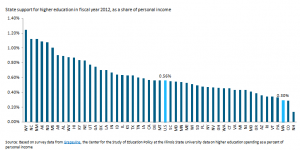 I teach at a public university, UMass Amherst. In-state students pay more than $14,000 in tuition and fees to attend. With room and board, the total cost is more than $25,000. In 2012, Massachusetts spent only 0.3% of its economic resources on higher education – less than 47 other states in the US.

“We are now in a transitional place, where we understand college to be as essential to success as high school was understood to be in the middle of the last century, and yet we charge citizens thousands of dollars to get a college education.” Clawson & Page 2011. 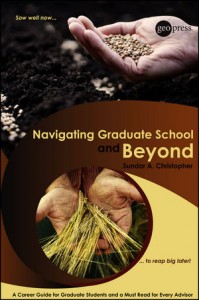 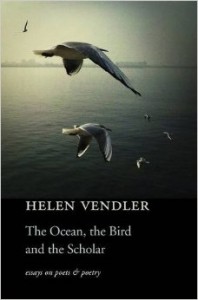 Here are some reflections on the latest academic dishonesty scandal, as reported in the New York Times, 29 May 2015:

“The graduate student at the center of a scandal over a newly retracted study that has shaken trust in the conduct of social science apologized for lying about aspects of the study, including who paid for it and its methodology, but he said Friday in his first interview since the scandal broke that he stands by its finding that gay canvassers can influence voters’ attitudes on same-sex marriage.” Mr. LaCour objects to one of the main charges against him – that he improperly destroyed his raw data. But he admits that he lied about the agencies that funded his research. “Mr. LaCour said he thought the funding sources he claimed would shore up the plausibility of the work.”

Mr. LaCour very clearly crossed a line by misrepresenting funding sources for his study. But where is that line exactly? In academia, people can get away with lying in a more indirect way by exploiting implicatures in CVs, personnel evaluations, or grant applications. For example, X may list grants when reporting their achievements without specifying their exact role in those grants. This triggers the implicature that X was a Principal Investigator or Co-Principal Investigator for the grants. Or X may submit a list of PhD students, leaving out information about the exact role they played in those students’ training. In the US, this generates the implicature that X was chair or co-chair of the respective PhD committees. What if X shores up their CV in this way, calculating that false implicatures will be derived by supervisors and funding agencies? Is this a case of academic dishonesty? Has the line been crossed?

What can we do to foster more sensitivity and respect for scholarly integrity in academia? Colin S. Diver, the former President of Reed College, makes a plea for abandoning the “higher education’s arms race” (from the Boston Globe, 5 September 2012): “Finally, no institution can convincingly preach ethical behavior to its students unless its own behavior is governed by the highest ethical standards. When higher education gets caught up in a frenzy of exaggerated marketing claims, misreporting of data, sale of admission slots, or varsity-sport abuses, it destroys its moral authority. As Reed’s president, I was proud to lead a college that refused to cooperate with the notorious US News & World Report rankings, which symbolize the distortion of academic virtues in pursuit of higher education’s arms race.”