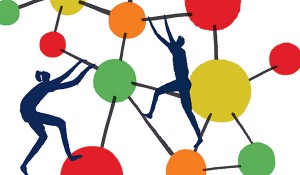 The Howard Hughes Medical Institute has joined forces with the Simons Foundation and the Bill & Melinda Gates Foundation to support a new grant program for early career scholars at eligible US institutions: the Faculty Scholars Program. “The competition is open to basic researchers and physician scientists at more than 220 eligible U.S. institutions. Applicants must be using molecular, genetic, computational or theoretical approaches to address fundamental biological or biomedical problems. Applicants must have more than four but fewer than 10 years of post-training professional experience.” The application to be submitted has some interesting components. For example, it asks for a statement of how the applicant’s work differs from that of his or her mentors and a statement about collaborative networks the applicant is part of. It’s also clear that in order to be successful with grants like this, an applicant has to have a well-articulated research program. I imagine that, in the area of language, it would not do to do experimental or field-based work on this or that semantic phenomenon. There would have to be a bigger theoretical question in the background that this work contributes to. I imagine that in the area of language, the question would have to be more specific than simply ‘language acquisition’ or ‘language processing’, but it would still have to be one that Bill or Melinda Gates might find fascinating and important.

I hope that the SIAS Summer Institute that Manfred Krifka and I are convening this year at the Wissenschaftskolleg in Berlin and next year at the National Humanities Center in North Carolina may help participants to eventually be eligible for grants like this one. We are trying to foster collaborative projects centering around the major questions of linguistic meaning, supporting sophisticated formalized theories with all the evidence we can find for them, including evidence from neuroscience, cognitive psychology, cross-linguistic variation, language development, learnability theories, and language processing.

I once asked a physicist friend why Stephen Hawking had never won the Nobel Prize. He looked startled and said: “You know, Hawking’s theories are beautiful, but they haven’t been proven yet. Higgs only got a nobel prize once the Higgs boson was actually found.” In the area of quasicrystals, a nobel prize in chemistry was given to the person who discovered (a synthesized) one (Dan Shechtman), rather than to the people who provided the proof that quasicrystals were mathematically possible to begin with (Dov Levine & Paul Steinhardt).

The most interesting linguistic theories are about the human language faculty, hence about a biological phenomenon. If we want to sell our theories of linguistic meaning as biological theories, we have to connect them to a certain level of reality. We are not quite there yet. But the right kind of research is beginning to emerge. Jorie Koster-Hale’s 2014 PhD thesis is an example. To quote from the previous post, “the most exciting and creative parts of science are concerned with things that we are still struggling to understand. Wrong theories are not an impediment to the progress of science. They are a central part of the struggle.” This means that THEORIES are an important part of the struggle, but they are just a PART. 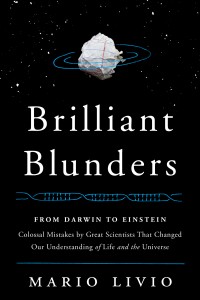 From the review of Livio’s book by Freeman Dyson in the New York Review of Books, March 6, 2014:

“Brilliant Blunders by Mario Livio, is a lively account of five wrong theories proposed by five great scientists during the last two centuries. These examples give for nonexpert readers a good picture of the way science works. The inventor of a brilliant idea cannot tell whether it is right or wrong. Livio quotes the psychologist Daniel Kahneman describing how theories are born: “We can’t live in a state of perpetual doubt, so we make up the best story possible and we live as if the story were true.” A theory that began as a wild guess ends as a firm belief.”

“The essential point of Livio’s book is to show the passionate pursuit of wrong theories as a part of the normal development of science. Science is not concerned only with things that we understand. The most exciting and creative parts of science are concerned with things that we are still struggling to understand. Wrong theories are not an impediment to the progress of science. They are a central part of the struggle.”

Nature, 26 May 2015. Animal behavior: Inside the cunning, caring, and greedy minds of fish. This is an article describing the remarkable discoveries about fish intelligence made by behavioral ecologist Redouan Bshary.

“Primate chauvinism may now be poised to decline, thanks in large part to Bshary’s fish work,” says primatologist and ethologist Frans de Waal of Emory University in Atlanta, Georgia. “They now really do have to take on board that most species are going to have a type of smart intelligence.”

“Redouan has thrown down the gauntlet to us primatologists,” says Carel van Schaik, an expert in orang-utan culture at the University of Zurich in Switzerland. “He has made us realize that some of the explanations of primate intelligence that we have cherished don’t hold water anymore.”

The word “cooperation” covers a wide range of rather different behaviors, though. Here is a video on what human toddlers and chimps can do in the way of cooperation. I yet have to see a fish recognize what I am trying to do and come to my help.