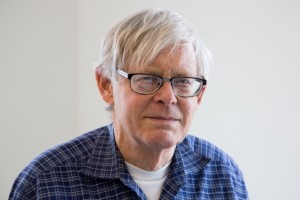 “While working in a famously esoteric field, MIT philosopher Robert Stalnaker has focused his career on thinking about real-world concerns — including the fundamental nature of speech, thought, and decision-making. In so doing, he has catalyzed and provided the underpinnings for new research in many other areas, such as game theory, linguistics, decision theory, and economics. In all these research areas, Stalnaker’s influence has been widespread and profound, but his impact on modern linguistics — a field that was just coming into its own in the 1970s — has been especially significant, providing the first clear understanding of what is going on in conditional sentences that are counterfactual.” 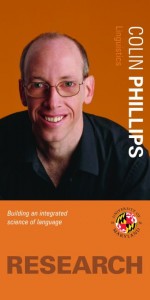 “The National Science Foundation has announced that the University of Maryland’s Language Science Center (LSC) will (again!) receive a $3M grant for innovative research and graduate training, this time as part of the first cohort of awards made through its new NSF Research Traineeship (NRT) program. This 5-year award will support a model of interdisciplinary graduate training that prepares students to be adaptable scientists in multiple settings and career paths. The project will connect research on humans and machines, via a focus on how to succeed when Big Data is not available. The project is led by faculty and students from 10 departments across the entire university.”

“I’m excited by the research theme, which takes a “Beyond Big Data” approach,” says Colin Phillips, program PI and LSC Director. “We’re interested in how humans and machines can learn more efficiently from ‘multi-scale data’. Everybody’s talking these days about Big Data, but the current frontier in language science involves how to do more with less, you could call it ‘medium data’ or ‘small data’. It’s important for building better language technology, and it’s important for improving language learning outcomes in children and adults. Current language technologies like Google Translate and Apple’s Siri rely on a Big Data approach that stores billions of utterances. But that approach won’t generalize to the vast majority of the world’s 7000 languages. And human children easily outperform the best current technology, though they learn language from far less data. Child brains somehow learn the language around them more efficiently. But we all know that learning a new language as an adult is much harder. And we’re learning more and more about how children who experience ‘language poverty’, growing up with smaller amounts of quality language interaction, face negative consequences that last a lifetime. We want to understand why some learners fare better than others.” A key venue for exploring the program’s research goals will be yearly “Summer Camps”, intensive research-only workshops that will bring together students and faculty from UMD and beyond.”
Colin Phillips video. 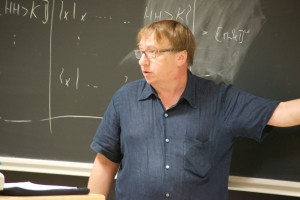 From the Linguist List: “Becoming a semanticist back in the 1970s was quite different from what it is in the days of Heim & Kratzer (incidentally, two of my old Konstanz friends). The field had not been established as a sub-discipline of linguistics, and despite some serious integrative attempts (thanks to Barbara Partee), it was still perceived as an esoteric pastime of a small community of logicians, philosophers of language, and (few) linguists. In Germany, this community was particularly strong, with enough funding to have spectacular conferences bringing together some of the best researchers in the field. I attended quite a few of them, though rarely presenting anything, during the time I worked on my dissertation, which was supposed to be about the interface between logical and lexical semantics. I never finished that dissertation, for at least two reasons. The first was that I kept changing my mind over the very subject area: my original strategy had been to formulate model-theoretic constraints on meaning postulates to keep them from overgenerating (a serious issue at the time, and still), but the more I worked on it, the less confident I became that model theory is the right framework for natural language semantics. The other reason was that I was easily distracted, working on a lot of other problems at the same time, and with more success (in terms of publications). One of my favourite topics was Groenendijk’s and Stokhof’s fascinating partition semantics of interrogatives. When investigating its logical underpinnings, I found that one of Montague’s implicit hypotheses about semantic analysis – that his intensional type logic provides a restrictive framework of compositional semantics – was not quite right. I wrote a short article about this and showed it to my would-be supervisor Arnim von Stechow, who saw to it that I would submit it as my dissertation. In the event it was accepted by him (and the co-promoters) and also got published in a logic journal. Rather than being proud of these 13 pages in print, I have always felt a bit ashamed for never having written a proper dissertation; but in the meantime I got used to being introduced as the guy who must have written the shortest linguistics dissertation ever.” 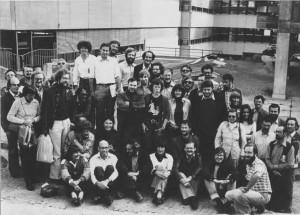