I have just been sent a press release for immediate distribution from some of the signatories of the Open Letter. “We are very encouraged to hear that the EC is willing to take notice of the overwhelming concern in the neuroscience community evident in the signatories to the open letter. The suggestion that the ring-fenced budget will not be unlocked unless there is a satisfactory approach to the issues raised is most welcome, but needs to be accompanied by an open and transparent mechanism for ensuring that the approach is indeed satisfactory. We therefore need to understand how the independent evaluation mentioned in the EU’s message will meet the simple and obvious standards for the review that we raised. We expect a true two-way dialogue involving formal engagement by the EC with neuroscientists of all stripes, not only within, but also outside the HBP. The agenda for tackling the enormous challenges of understanding the human brain must be an inclusive one.”

A BBC News report is here. 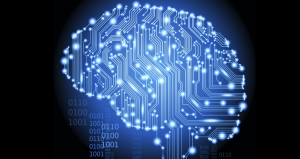 The European Human Brain Project has come under fire. In an open letter, more than 500 neuroscientists oppose the management style of the project. The Guardian and Nature report that the international protest was triggered by the elimination of studies on cognition from the project. Cognitive neuroscientists feel ousted.

From The Guardian: “Central to the latest controversy are recent changes made by Henry Markram, head of the Human Brain Project at the Swiss Federal Institute for Technology in Lausanne. The changes sidelined cognitive scientists who study high-level brain functions, such as thought and behaviour. Without them, the brain simulation will be built from the bottom up, drawing on more fundamental science, such as studies of individual neurons.”

From Nature: “Stanislas Dehaene … says that such a simulation, “while not totally useless, will fail to elucidate brain functions and diseases, much like a simulation of every feather on a bird would fail to clarify flight”. Along with other ousted colleagues, Dehaene believes that a top-down, reverse-engineering approach is required, starting with behaviour and high-density recordings of electrical activity in the brains of humans or animals to elucidate how information is encoded and used.”