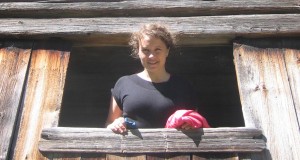 This article looks “at the acquisition of noun classes, a problem that allows us to differentiate between the input, or the information available to a learner in the environment, and the intake, the information that a learner makes use of in constructing a grammar” . . . “In the acquisition of Tsez noun classes we find that input and intake do differ. While Tsez-acquiring children appear to make use of both noun-external and noun-internal distributional information, their use of noun-internal distributional information is selective. Instead of using semantic cues, which both adults and statistical models find to be the most reliable information, children use less reliable phonological information.”