Day 3 of London was definitely the busiest work day I think I’ll have while on this trip. I spent most of the day working on our group’s walking tour, and finished off the afternoon with a tour of Fuller’s Brewery. It was a pretty stressful day trying to get everything together for our tour, but it definitely made me realize how much tour guides have to work in order to be successful at what they do. At Fuller’s Brewery, our tour guide was so knowledgeable about the subject and really made it his personal goal to give us the best tour possible. He knew exactly which spots to hit, the main points of each one, and always made sure to answer any questions we had. I have been on tours in other countries, and I could definitely tell when they just don’t care as much or they don’t really have a plan as to what they are doing. Overall, Fuller’s Brewery   was a really cool tour and I learned so much more than I ever thought I could about the process and production of creating beer! 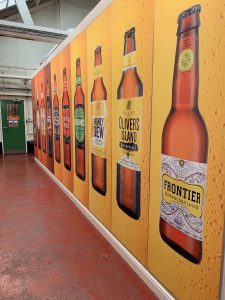 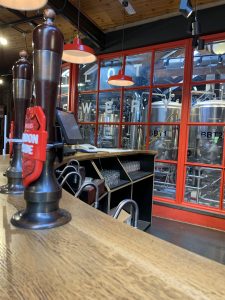 Day 4 of London was an incredibly exciting day as we did our student-run tour, had high-tea at the Savoy, and got to see Buckingham Palace and Westminster Abbey.  While the day started off a bit stressful, I think our student-led tour went really well! We did a tour called “London’s Big Break” and visited Warner Music Group, Royal Albert Hall, and Royal College of Music.   Visiting the Savoy was by far my favorite memory of all my time in London. I have never been to a 5-star hotel and it was definitely something that I will never forget. Every single detail in the hotel was perfectly planned out from the flower arrangements (the hotel has 3 florists on staff) to the bar menus (bartenders create new menus every season). There was staff greeting us with a smile around every corner and asking if we needed anything. At our high tea, the waiters would come up to us individually asking for our menu selections and would explain everything in detail when our foods/teas came to the table. I have never experience this type of hospitality in the US, and was shocked to hear that they have a 1:2 ratio for employees to guests staying at the hotel. I’m sure that 5-star hotels in the US have great hospitality but I think the Savoy definitely took it to a new level with their personal care. Even our tour guide was the best tour guide I’ve ever experienced on a trip. Her quick wit, interesting fun facts, and ability to easily navigate the hotel for our convenience made her so enjoyable to listen to and ask questions. 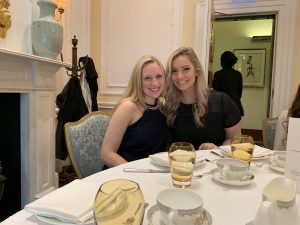 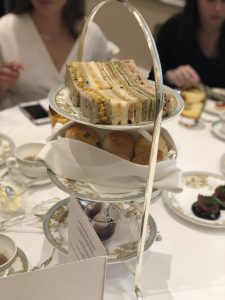 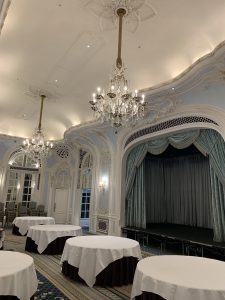 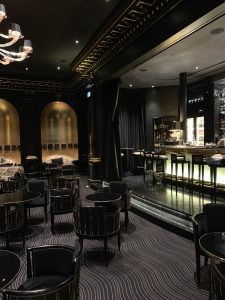 At the end of day 4, I was able to see some of the world’s most iconic attractions, Buckingham Palace and Westminster Abbey. I definitely expected both locations to be crazy busy with tourists, but surprisingly they weren’t. In the US, places such as the Empire State Building or the White House are swarming with people. While it may have been a little rainy, I was still shocked to see that there wasn’t that many people and that the people there were actually very polite. They were such beautiful sights to see! 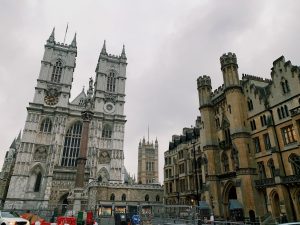 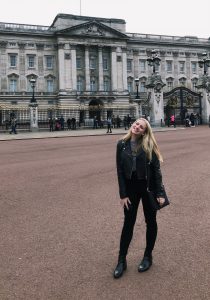