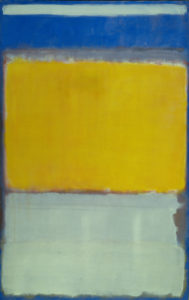 : The Ganong effect (Ganong, 1980,  J. Exptl. Psych.: Human Percept. Perform.) refers to listener’s preference to categorize an ambiguous sound with the category that makes a word in its context rather than the one that makes a non-word. For example, a sound that is ambiguous between /f/ and /s/ is more likely to be categorized as /f/ in the context -ile, because file is a word but *sile is not, but that same sound is more likely to be categorized as /s/ in the context -ide, because side is word but *fide is not. The question that has motivated our research is when does a listener’s knowledge of words influence their categorization of ambiguous sounds. An eye tracking study (Kingston, Levy, Rysling, & Staub, 2016,  J. Exptl. Psych.: Human Percept. Perform.) showed that a listener’s lexical knowledge influenced fixations to a letter corresponding to one or the other categories as soon as they would have heard enough of the stimulus to activate a word. To obtain converging evidence of early-as-possible influence of lexical knowledge, we ran experiments using the response-signal paradigm (Rysling, Kingston, Staub, Cohen, & Starns, 2015, ICPhS) — apparently, these experiments are the first application of this paradigm in studies of speech perception. In this paradigm, listeners are prompted to respond at specific times and are given a short time to respond, rather than responding when they wish. In some trials, the prompt occurs early enough in the stimulus that listeners can’t have heard enough to activate a word before the short time to respond elapses. Their lexical knowledge should not influence responses to such early prompt. When the prompt occurs even just slightly later, however, listeners will have heard enough of the stimulus to activate a word, and that activation should bias their responses in favor of the category that makes that word in that context. The experiments using the response-signal paradigm show that listeners’ responses to the very earliest prompts are, as expected, not influenced by their lexical knowledge, but responses to just slightly later prompts are. Collaborators: Andrew Cohen (UMass, Psychological and Brain Sciences), Amanda Rysling (UC Santa Cruz, Linguistics), Jeffrey Starns (UMass, Psychological and Brain Sciences), and Adrian Staub (UMass, Psychological and Brain Sciences). 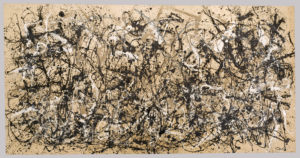 Pollock: The experiments in this set are another test of the generality of an earlier finding. In those earlier experiments (Rysling, Jesse, & Kingston, 2019, Attention, Perception, & Psychophysics), listeners perceived the target (sound) as differing perceptually from an immediately preceding context (sound), but as resembling perceptually an immediately following context. The results of first two of those experiments show what “differ” and “resemble” mean here. When the target was a member of a /t/ to /p/ continuum after /i/ versus /u/, listeners responded “t” more often after /u/ and “p” more often after /i/. /t/ differs from /u/ in concentrating energy high rather than low in its spectrum, and in not being pronounced with the lips. And /p/ differs from /i/ in concentrating energy low rather than high in its spectrum and in being pronounced with the lips. When the target was instead a member of an /i/ to /u/ continuum before /t/ versus /p/, listeners responds “i” more often before /t/ and “u” more often before /p/. When the target preceded its context, the preferred response was thus the one whose spectrum or articulation resembled the context’s, while when the target instead followed its context, the preferred response was the one whose spectrum or articulation differed from its context. Subsequent experiments have shown that listeners perceive a consonant as resembling a following vowel, but they perceive a vowel as differing from a preceding consonant, in their spectra or articulations. These findings show that it is the temporal order of the target and context and not whether one is consonant and the other a vowel which determines whether the target is perceived as differing from or resembling its context. New experiments will test the generality of these findings with: 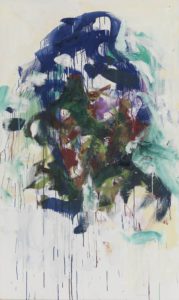 Mitchell. New experiments that extend those belonging to Pollock. Speech and non-speech analogues which assess the effect of the context’s intensity on the perception of the target’s intensity. These are the most novel experiments because so little has been done to study the effects of intensity on the perception of segment category. One experiment used the well-established finding that listeners respond “ga” more often to a /da-ga/ continuum after /al/ than /ar/ (Mann, 1980, Perception & Psychphysics, et seq.). The  preceding /al/ or /ar/ context was either equal in intensity to the target syllable drawn from the /da-ga/ continuum, twice as intense, or half as intense. The likelihood of a “ga” response was greater after /al/ than /ar/ in the responses of native but not non-native listeners (cf. Mann, 1986, Cognition), but neither native nor non-native listeners’ responses were affected by the intensity of the context relative to the target.